In Gartner's fifth Magic Quadrant on cloud infrastructure services, Amazon extends lead, while Microsoft and Google try to keep up.
IT Hiring, Budgets In 2015: 7 Telling Stats
(Click image for larger view and slideshow.)

Spending on infrastructure-as-a-service will rise to $16.5 billion in 2015, according to Gartner, a whopping increase of 32.8% over 2014 as more companies move workloads out of their own data centers and into the public cloud.

Infrastructure services spending will continue rising for years to come, and will show a compound annual growth rate of 29.1% through 2019, predicts the research firm in a report titled "Forecast: Public Cloud Services, Worldwide, 2013-2019."

In previous estimates, Gartner has illustrated how Amazon Web Services is outstripping its IaaS competitors by saying it has five times the capacity of the 14 largest competing services combined. In the update, it revised that estimate by doubling it, saying AWS has ten times the cloud server capacity of those same 14 competitors. Those rivals include the likes of Microsoft, IBM, and Google.

Those were two of the more salient facts that rolled out of the release of Gartner's first quarter update to the forecast. At the same time Gartner released its revised Magic Quadrant for infrastructure-as-a-service during its Infrastructure, Operations, and Data Center Summit in Sydney this week.

[Want to see how Amazon is bidding for continued dominance in cloud infrastructure? See Amazon Seeks Next Generation Of Cloud Users.]

Gartner's lead cloud analyst Lydia Leong said in the update that 2014 proved to be "a year of reckoning for many cloud IaaS providers. Many believe that their current strategy is failing them. Some providers intend to launch an entirely new cloud IaaS platform, make substantial changes to their current platform or move to providing managed services."

Public cloud customers should "be extremely cautious when selecting a provider. Ask specific and detailed questions about the provider's roadmap … and seek contractual commitments that do not permit the provider to modify substantially or discontinue the offering without at least 12 months' notice," Leong urged.

As in the past, 15 providers were covered by this year's Magic Quadrant, as in previous years, but Leong said the market is dominated by fewer global providers: Amazon Web Services, Microsoft Azure, and Google Compute Engine.

The revised Magic Quadrant kept Amazon in the desired top right of the leaders quadrant, with Microsoft also in the leader quadrant -- far below but moving a little closer to Amazon on the "completeness of vision" axis. On the second measure, the "ability to execute" axis, the companies remained basically the same as a year ago.

Gartner put only those two vendors in the leaders quadrant, and that status is unlikely to change anytime soon. That's because the upper left quadrant next door, meant to illustrate the challengers to the leaders, was completely empty in this year's chart. No one is threatening Amazon as the dominant public cloud infrastructure provider, nor Microsoft as the runner up. And Microsoft is unlikely to draw any closer to Amazon without a determined, rapid expansion of cloud data center construction, a constant stream of new services, and a raft of new customers. 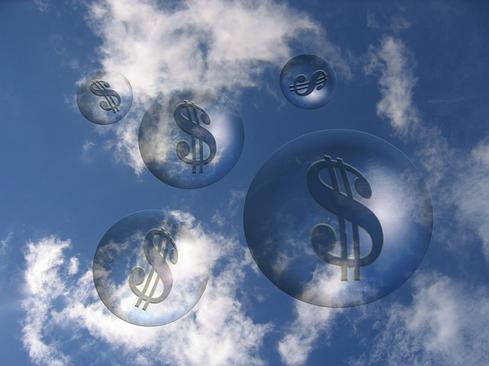 Amazon has lowered prices early on and is now matching other providers' price cuts, which increases the risk and barriers for would-be newcomers to the infrastructure services business. Cloud computing is attractive to customers because it shifts major capital costs into initially smaller, annual operating expenses. But it means vendors must make the huge capital investment in computing power, networking, and storage.

Amazon reacted to this year's Magic Quadrant by noting how it is the only "leader" that Gartner recommends for "all use cases that run well in a virtualized environment," which would include the important revenue category of enterprise applications.

Amazon spokespeople also quoted Gartner's comments that Google "is still in the rudimentary stages of learning to engage with enterprise and midmarket customers, and needs to expand its sales, solutions, engineering and support capabilities."

CenturyLink, the telecommunications provider that moved into cloud computing with the acquisition of Savvis managed services provider and Tier 3 IaaS provider in Seattle, moved up to the head of the pack of telecommunications providers. It holds a position above Verizon (which acquired Terremark) in the visionaries' quadrant and above and the right of NTT's Dimension Data IaaS unit, in the niche players quadrant. Many IaaS providers have fallen back in the year to year report. CenturyLink is among the few to maintain the same position as last year near the top of the visionaries quadrant.

CenturyLink remains an ambitious competitor and is revamping its cloud operations under CTO Jared Wray, former CTO of Tier 3 and founder of the Iron Foundry project, to give it more frequent update, continuous integration capabilities in its internal operations, according to comments by Wray at Interop in Las Vegas in April.

Also in the visionaries quadrant with CenturyLink are: Google, VMware, and IBM SoftLayer.

The best position in the niche players quadrant is held by Rackspace, followed by Virtustream and Interoute. Roughly clustered together below them were: CSC,  Dimension Data, Fujitsu, NTT Communications, Joyent and Verizon.  Niche play GoGrid in 2014 was knocked off the chart this year; it announced last year that it aims to compete as a specialist in high performance IaaS, stepping back from competing with the general purpose suppliers such as Microsoft and Amazon. HP’s Helion was also knocked out of the niche quadrant and off the chart. Both Google and VMware moved out of the 2014 niche quadrant and into the visionaries quadrant in the latest version.

HP remains a special case of being a leader on a number of cloud-oriented, open source software projects, including OpenStack, but not translating that interest into marketplace leadership. It acquired Eucalyptus Systems last year and announced that its CEO Marten Mickos would become its chief cloud spokesman. A few months later it announced that Bill Hilf, an experienced HP executive, would take over management of the Helion cloud unit as Mickos pursued more customer engagement.

HP's acquisition of Eucalyptus, with its ability to provide Amazon-compatible service APIs, last year was an intriguing one but not immediately compatible with HP's commitment to provide an OpenStack cloud, with its own set of APIs. The two sets are not believed to be that far apart but HP has offered no sign that it will invest to capitalize on that fact as a potential marketplace differentiator. If it did, it could boast Helion users had built-in, dual-cloud capabilities, a move that might contain its own risks if Amazon continues to spin off new services and instance selections at the rate it has the past three years.

[Note: A portion of this article was updated by the author to reflect more current information.]

Charles Babcock is an editor-at-large for InformationWeek and author of Management Strategies for the Cloud Revolution, a McGraw-Hill book. He is the former editor-in-chief of Digital News, former software editor of Computerworld and former technology editor of Interactive ... View Full Bio
We welcome your comments on this topic on our social media channels, or [contact us directly] with questions about the site.
Comment  |
Email This  |
Print  |
RSS
More Insights
Webcasts
The Failures of Static DLP and How to Protect Against Tomorrow's Email Breaches
Strategies for Success with Digital Transformation
More Webcasts
White Papers
2020 Gartner Market Guide for Network Detection & Response
2020 SANS Enterprise Cloud Incident Response Survey
More White Papers
Reports
How Data Breaches Affect the Enterprise (2020)
DNS Network Traffic Volumes During the 2020 Pandemic
More Reports

How is that this segment of Amazon's business hasn't had more anti-trust problems? Businesses that dominate their sphere far less extensively than Amazon Cloud have had big problems.
Reply  |  Post Message  |  Messages List  |  Start a Board

Stratustician, I think Gartner's Lydia Leong is mainly warning IT managers about what they should get in writing from the non-Amazon providers of IaaS. You can include Google, Microsoft under her Good Housekeeping seal of approval for their respective areas of strength, but apparantly not too many others. Amazon has an advantage in that the cloud is an extension of what it's already doing same could be said for Google and Microsoft. They had online services, why not infrastructure as a service.
Reply  |  Post Message  |  Messages List  |  Start a Board

It's not surprising to see powerhouse AWS top the quadrant due to sheer scale and services offered.  But great point about just because it's the recommended solution by Gartner, it doesn't mean you can skip due dilligence when it comes to SLAs and service agreements.  There are many providers that can offer similar services, but it's the meat of the SLA and services, especially when it comes to security that will often help organizations make the decision as to which provider is right for them.