The giant Italian utility, Enel, is moving to the cloud to support it's Open Power strategy around the world, adding green power sources.

Italian electricity producer Enel is in the process of moving its datacenter operations into the AWS cloud. Its head of technology services, Fabio Veronese, made it clear that the move was not about replacing one form of infrastructure with another; it was about the company generating new opportunities for itself.

A year ago, Enel CEO Francesco Starace went to Madrid, where Enel's subsidiary in Spain is headquartered, and announced that the company was implementing an Open Power strategy. Enel already dedicates a high percentage of its capital investment to renewable resources. By becoming an Open Power company, Enel would continue to not only make its own green power investments but make it easy for other green power suppliers' generation of energy to be added to its distribution grid. 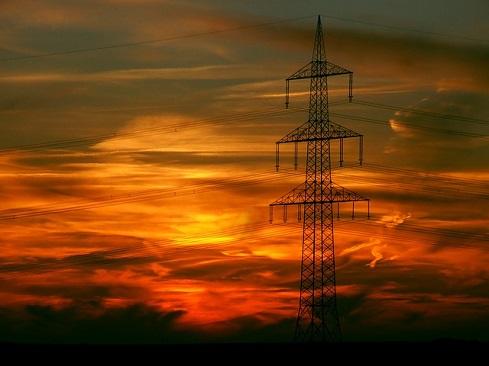 Enel is the largest electricity supplier in Europe by both market capitalization and number of customers. It recently expanded into South America. It serves a total of 62 million customers. It's journey to the cloud has enabled the company to bring a new approach to serving both traditional and new customers in new ways, Veronese pointed out in an interview with InformationWeek after his on-stage appearance Nov. 30 at ReInvent. Enel is the third largest power generator in Europe but it is number one in renewables, he said.

That, along with its innovative Open Power and Green Power initiatives, have put Enel on the Dow Jones Sustainability World Index for several years, a list that includes only 317 companies. In 2015, Fortune ranked Enel fifth out of 50 companies that it named as among those "that can change the world."

Enel was chosen because of "its ability to eliminate the barriers to development of clean energy," Fortune said at the time. Enel, for example, can set up and manage microgrids. In the arid desert of Atacama, Chile, Enel built a solar plant to supply power to the European Southern Observatory. "We use the sun to illuminate the stars," said the Dec. 1 announcement on the completion of the project.

In the Amazon rain forest in Brazil where the rays of the sun don't reach the ground, it built three interconnected hydropower plants on the swift-flowing Apiacas River, generating 490 Gigawatts of power or enough for 200,000 people, it said in its Nov. 7 announcement on the project.

In the Peruvian coastal village of San Juan de Marcona, Enel built solar and wind generators tied into battery storage, energy that supports the sustainable fishing and seaweed harvests practiced by the fisherman there. The project is meant to serve as an example of what's possible to those areas of the coast where more intensive and sometimes damaging harvests are taking place, according to the Nov. 21 announcement of the project.

In 2017, Enel will connect a prototype generator powered by the waves of the Mediterranean to the power grid on Sicily, adding 100 kilowatts of power.

Veronese said Enel doesn't view the Internet of Things as a massive network of consumer devices. Rather, it is the network of big conventional and small renewable power plants and the systems needed to manage their output.

"With microgrids, we have to manage a small network of local generation and local (power) storage...as a separate grid," he said.

Another example of Enel's thinking is to assume there will one day be a million electric vehicles in its customer service area. How can it fit their battery storage capacity into its grid operations? By recharging at night, they level out peak demand and allow some generating capacity to run at more of a steady-state rate.

Under its former way of running IT, Enel would handle the computing associated with such grid calculations in its own data centers or in the data center space that it "outsources" or rents under contract. It's well into the process of shifting the compute equivalent of 10,000 physical servers into AWS, closing down much of its own data center capacity. "By 2018, we will close the last data center," Veronese told the ReInvent crowd.

[Read about eight companies that have found success with green data centers.]

Enel isn't moving to the cloud to save compute expense. It's unit compute cost has gone down and much of the move is being financed by its cancelation of outsourcing contracts. But Enel is "a victim of its own success. The company's repressed need for computer resources comes to the fore," he said.

The move to the cloud might allow a slight reduction in the IT staff. "It's not contracting that much but it's doing twice as much," he said. "The savings are not linear… but the productivity is there," he added.

The move to the cloud allowed Enel to reduce its application count by 40% over three years. But more important, he said, was the productivity gain.

"AWS provides us with an environment where these projects will flourish. We want to foster creation of a platform where our energy management systems can grow and interact with each other. The idea is to provide an environment that makes us learn quickly," he said in the interview.

A YouTube video of Veronese's appearance at ReInvent is available here.

Charles Babcock is an editor-at-large for InformationWeek and author of Management Strategies for the Cloud Revolution, a McGraw-Hill book. He is the former editor-in-chief of Digital News, former software editor of Computerworld and former technology editor of Interactive ... View Full Bio
We welcome your comments on this topic on our social media channels, or [contact us directly] with questions about the site.
Comment  |
Email This  |
Print  |
RSS
More Insights
Webcasts
Nip Ransomware in the FUD: Detecting Attacks Pre-Encryption
Cybersecurity's Next Wave: What You Should Know
More Webcasts
White Papers
Why Add Security to Your Skill Set and How to Do It
Don't Let the Past Obstruct Your Zero-Trust Future
More White Papers
Reports
Intelligent Outcomes Are Key to Business Resilience
How IT Security Organizations are Attacking the Cybersecurity Problem
More Reports

Fabio's comment that, with a successful move to the cloud, "the company's repressed need for compute resources comes to the fore," is a memorable, one that indicates the value of the move and how there is yet another element of demand to be managed. He also said, not cited above, that Enel's number of applications dropped by 40% with the move to the cloud. I think that was because one application could be readily available to many Enel locations from the cloud, but would like to talk to him more about that.
Reply  |  Post Message  |  Messages List  |  Start a Board
Editors' Choice
Hot Topics