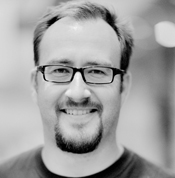 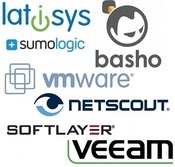 -- Folks at Mirantis and other companies have repeatedly stated their dislike for CloudStack. Is CloudStack really the enemy? Aren't there bigger fish to go after -- Microsoft, VMware and Amazon, for example?

-- There's a lot of distribution sprawl in the OpenStack ecosystem. Offerings that are labeled "OpenStack powered" from organizations like CloudScaling, Nebula, Piston and so on seem to cherry-pick some OpenStack technology, some third-party components, and some proprietary, home-grown pieces. How do buyers reconcile this with the need for portability and compatibility across OpenStack offerings? VMware and Microsoft may be proprietary, but at least you know they work the same way everywhere.

-- Mirantis is claiming to have more revenue than all other OpenStack companies put together. It's still early days, but will there be one, or a few, big winners in the OpenStack world the way Linux and Red Hat dominated the Unix world? What will that mean for the market?

-- Earlier this year, Randy Bias famously declared that OpenStack has won, and "the battle is almost over." Was he right?

-- Is Citrix a hindrance or an enabler for CloudStack? What about the company's acquisition of Cloud.com and the resulting confusion about whether the stack is open or proprietary? Would the stack be healthier if it had been an open source project from the start?

-- It certainly feels like OpenStack is out-marketing CloudStack, despite the fact that SunGard, Verizon Terremark, Datapipe and IBM Softlayer are getting behind it. If perception drives community engagement, and community means success of a stack, how does this play out?

-- It's been said that the only thing you get for sitting on fences is splinters. CloudStack feels like it has one foot in private and one foot in public clouds. Can you really combine both approaches in one platform? Is CloudStack spreading its focus too thinly?

-- CloudStack has a different take on storage, building it into the stack directly and offering up a variety of storage options rather than working with external platforms (such as Swift and Ceph) for storage. A monolithic approach might seem integrated in the short term, but does it lack the technical "biodiversity" of a more ecosystem-like approach where loosely coupled components like network virtualization, compute and storage can each evolve independently?

It'll be an interesting conversation. I don't know if we'll get to all of these points -- given the available time, we almost certainly won't -- but hopefully this list will trigger some discussion both on stage and online.

Cloud Connect, taking place Oct. 21-23, 2013, offers three days of in-depth boot camps, panel discussions and access to a host of industry experts, all designed to help you weigh your cloud options and transform your business. Register for Cloud Connect now.

We welcome your comments on this topic on our social media channels, or [contact us directly] with questions about the site.
Comment  |
Email This  |
Print  |
RSS
More Insights
Webcasts
People Are The Most Important Part of Autonomous SOC
Don't Miss This Cybersecurity Virtual Event
More Webcasts
White Papers
SUNBURST: Underlining the Importance of Right of Boom Risk Mitigation
How Secure Are Your Endpoints?
More White Papers
Reports
Intelligent Outcomes Are Key to Business Resilience
How Data Breaches Affect the Enterprise (2020)
More Reports
Copyright © 2021 UBM Electronics, A UBM company, All rights reserved. Privacy Policy | Terms of Service