AWS is launching a new, memory-optimized instance on EC2 dubbed X1 that aims to make it easier to run SAP's HANA in-memory database. The announcement comes on the heels of a deal between SAP and Microsoft.

Dubbed the X1 instance type, it comes in its introductory phase in one oversized configuration, the X1.32xlarge -- a cloud virtual machine that represents "the most memory available in any SAP-certified cloud instance available today," according to Amazon's May 18 announcement.

That may be a selling point at a time when Microsoft has started offering SAP HANA in-memory database servers in a variety of configurations on its Azure public cloud. A joint Microsoft and SAP announcement of HANA on Azure availability occurred May17, the day before Amazon's announcement of the X1. 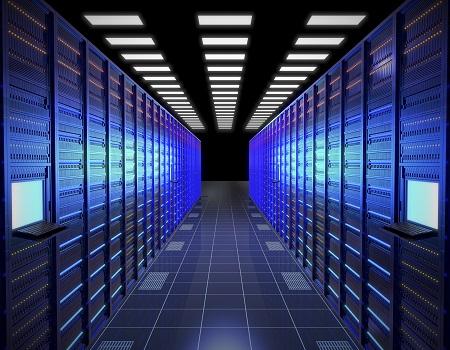 In cooperation with AWS, Sap has certified that X1 instances are available for SAP S/4 HANA, SAP Business Suite on HANA, and SAP Business Warehouse on HANA.

Customers have increasingly asked for more memory to help run analytics on larger data sets with in-memory databases, generate analytics in real time, and create very large caches. With 2 TB of memory -- 8 times the memory of any other available Amazon EC2 instance, and more memory than any SAP-certified cloud instance available today -- X1 instances change the game for SAP workloads in the cloud.

[Read more about the latest developments with HANA.]

By Amazon standards, it commands a pricey $3.97 an hour as a Reserved Instance in a three-year contract, its most favorable pricing scheme. In its on-demand version, the price is $13.338 per hour, which was not disclosed in the announcement, but can be found on the AWS pricing page. Look for the single X1 instance at the top of the "memory optimized" section of the chart.

Substantial resources are assigned to a server designed to take on some of the enterprise's largest tasks. Its CPU consists of 128 virtual CPUs, the equivalent of four Intel Xeon E7 8880 v3 chips, known inside Intel as Haswell chips. They hold a total of 64 cores running at 2.3 GHz.

The memory comes in slightly over 2TB at 1.952 TiB (Tibibytes, which equals 2.095 Terabytes). That doesn't include the two solid state drives holding 1.920TB each. The server is connected to a 10 Gbps Ethernet network, with dedicated storage bandwidth of 10 Gbps, which amounts to optimized Elastic Block Store access at high speed with no additional charge.

The service is now available in Amazon's US East data center in Ashburn, Va., and in its US West center in Oregon. It's also available in Europe in Dublin and Frankfurt, and in Singapore, Tokyo, and Sydney in the Asia Pacific region.

Jeff Barr, AWS chief evangelist, wrote in a May 18 blog May that AWS has plans to make X1 instances "available in other regions and in other sizes before too long."

[Editor's note: This article has been updated with figures to TiB rather than TB in one instance.]

Charles Babcock is an editor-at-large for InformationWeek and author of Management Strategies for the Cloud Revolution, a McGraw-Hill book. He is the former editor-in-chief of Digital News, former software editor of Computerworld and former technology editor of Interactive ... View Full Bio
We welcome your comments on this topic on our social media channels, or [contact us directly] with questions about the site.
Comment  |
Email This  |
Print  |
RSS
More Insights
Webcasts
What We Can Learn from Sports Analytics
The Failures of Static DLP and How to Protect Against Tomorrow's Email Breaches
More Webcasts
White Papers
A Technical Deep Dive on Software Exploits
Centralized Security Policy Management Across Hybrid Cloud Environments Should be an Obvious Strategy
More White Papers
Reports
2020 State of DevOps Report
DNS Network Traffic Volumes During the 2020 Pandemic
More Reports

Microsoft, AWS and IBM have all worked closely with SAP to bring its software onto their clouds. In that sense, they are all alike. Why, then, are Google Compute Engine and Google App Engine different? App Engine has always been somewhat start-up oriented and SAP wouldn't seem to be a fit there, with the Google development environment a big part of it. But the Compute Cloud needs SAP users as much as anyone else, doesn't it?
Reply  |  Post Message  |  Messages List  |  Start a Board
Editors' Choice
Hot Topics