Gartner's Magic Quadrant for Infrastructure-as-a-Service shows Amazon far ahead, but Microsoft gaining ground on the completeness of its IaaS offerings and ability to execute. Overall, the report shows that IT has different choices when it comes to IaaS.

Microsoft Azure, in addition to Amazon Web Services, is showing strong legs for longevity in the cloud marketplace, with other vendors falling further to the rear and confined to more of a vendor-specific or niche role, according to Gartner's latest Magic Quadrant for Infrastructure-as-a-Service.

Gartner lead cloud analyst Lydia Leong, along with analysts Gregor Petri, Bob Gill, and Mike Dorosh, found that Microsoft is beginning to successfully push out its Azure cloud service into its customer base.

Azure is "growing quickly and is in second place for marketshare," with a list of services that leaves it below AWS in the desirable, upper right-hand Leaders corner of the Magic Quadrant. However, Microsoft is also leaving other competitors further behind.

Google remains in the Visionaries lower right-hand square of the Magic Quadrant, the same as last year, but far behind AWS and Microsoft in terms of completeness of vision or ability to execute. 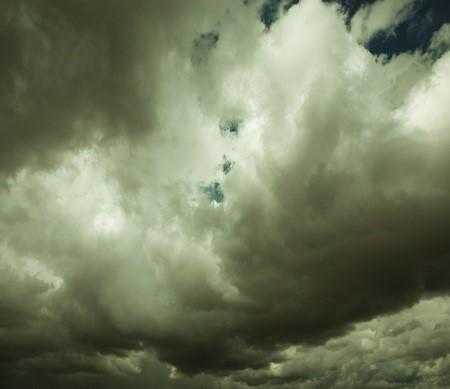 Meanwhile, CenturyLink, IBM, and VMware have slipped out of the Visionaries quadrant entirely into the Niche Players quadrant, lower left. Other Niche players include Rackspace, Fujitsu, and NTT Communications.

No one made it into the Challengers' square on the upper left hand side of the Magic Quadrant. That quadrant was left empty last year as well.

In the key comparison graph, the authors of the Aug. 3 report wrote: "Although Azure is neither as feature-rich nor mature as AWS, many organizations can now consider it 'good enough,' and base their vendor decision on factors other than technical capabilities." These customers can also include Microsoft's build-out of data centers around the world or its offering of Visual Studio and Team Foundation Server development tools.

Microsoft is also offering a wider selection of software-as-a-service applications from Azure, such as Office 365, and is making some of its key enterprise infrastructure components -- Active Directory, Windows Server, System Center, Visual Studio -- cross-functional with workloads in the cloud as well.

In a key assessment graph, the Magic Quadrant report notes that Azure:

... encompasses integrated IaaS and PaaS components that operate and feel like a unified whole. Microsoft has been rapidly rolling out new features and services ... It has a vision of infrastructure and platform services that are not only leading stand-alone offerings, but also seamlessly extend and interoperate with on-premises Microsoft infrastructure.

Microsoft refuses to give up a price advantage in the face of repeated AWS price cuts, and the Azure cloud brings strengths to both of the types of IaaS cloud computing. Microsoft has also pledged in general to maintain cloud service prices that are comparable to AWS, although subscribers may need to be Microsoft Enterprise Agreement holders to obtain a comparable price/performance for services above the basic level, according to the report.

That could be important in what Gartner sees as a dual-segmented IaaS market, or what it calls Mode 1 and Mode 2. Some companies are going to the cloud for agility in order to get rapidly provisioned services for quick-to-market product design and software development. Others are looking to the cloud as a low-cost replacement for existing, on-premises data center services.

Both Amazon and Microsoft are good for both, the analysts found.

At the same time, the report cautions that Microsoft is still building out its Azure ecosystem, that its new partners may lack experience with the Azure platform, and that not all Azure functionality is as complete or mature as enterprise customers prefer.

"These difficulties are exacerbated by disorganized, incomplete and sometimes out-of-date documentation, as well as a support organization that is not always capable of solving complex implementation challenges," the analysts wrote.

The report was even tougher on Google's future prospects, despite what it sees as inherent Google strengths. Many companies, particularly startups, want a compute infrastructure that can "run like Google." Through its Google Compute Cloud and the Kubernetes Project it has made its expertise in running a containerized environment available to the outside world.

Despite these recommendations, Google has made improvements to its Cloud Platform at a slower rate than Amazon or Microsoft. The Gartner report notes:

Its feature set and scope of services are not as broad as that of the market leaders. It is still missing key capabilities that are important to established organizations (along with missing some capabilities that are important to startups), such as user management suitable for large organizations, granular and customizable role-based access control, complex network topologies equivalent to those in enterprise data centers ...

As for an expanding set of functionality, it's improving, but "the general feature release velocity for GCP has not been as fast as necessary [for it] to become a leader in this highly competitive market," according to the report.

Google hired Diane Greene, the former CEO of VMware, to head up its Google Cloud Platform effort in November. Despite that, the report noted: "We believe that there is still insufficient forward movement in service features, sales, marketing, globalization and partner ecosystem to make Google broadly attractive as a strategic cloud IaaS provider,"

IBM has expanded its SoftLayer cloud data centers to serve as both Mode 1 and Mode 2 cloud suppliers, with the availability of its enterprise platform-as-a-service Bluemix part of the appeal of its infrastructure-as-a-service offerings. SoftLayer also has an understanding of the enterprise's persistent interest in bare metal servers as well as multi-tenant services. It "offers the broadest range of bare-metal cloud server configurations" of any provider, according to the analysis.

It's also able to establish a new data center quickly with its small-scale pod architecture. The ability has allowed SoftLayer to expand into 14 countries.

At the same time Gartner cautions that IBM's approach "may make it difficult to match the cost economics of the market leaders." SoftLayer expanded storage options in early 2015. Other than that, "SoftLayer's feature set has not improved significantly since the IBM acquisition in mid-2013," the Gartner analysts noted.

SoftLayer also has its own design and API set, "which has limited third-party tool support."

To try to regain momentum, IBM has switched strategic direction "to integrated IaaS and PaaS, delivered via the Bluemix portal." It's moving to an OpenStack-based infrastructure, but so far it's limited to the current beta offering in Bluemix. Existing SoftLayer customers are being "transitioned to IBM identities and a new SoftLayer user interface within the Bluemix portal," the analysts wrote.

They they believe that SoftLayer is primarily "becoming an enabling data center platform for the rest of IBM business." IBM customers looking for IaaS "should consider Bluemix's beta (OpenStack) alternatives instead," the analysts wrote.

Gartner's annual Magic Quadrant report has previously cited customer comment that SoftLayer services seem like a small-business experience, in regard to sales, its portal experience, and support. That's still the case, this year's report said, with SoftLayer's history in managed hosting showing up in the lack of distinction on its portal between cloud and non-cloud, hosted by the month, appliances, and hardware services. When choosing the latter, customers need to understand the differences, "such as less financial flexibility, longer provisioning times and greater operational burdens placed on the customer," the report said.

CenturyLink acquired both Savvis, a former-managed service supplier, in 2011, and Tier 3, a pure-play cloud IaaS provider, in 2013. It offers self-provisioning cloud services, which can be operated alongside managed services in CentryLink's chain of data centers. Its core cloud service is "a solidly capable and well implemented offering."

"CenturyLInk is increasingly focused on using the cloud as a means to enter the data center outsourcing market," the report noted. It is also "increasingly signaling the desire to be platform-neutral, including potentially managing other providers' cloud services or a customer's on-premises infrastructure," according to the report.

CenturyLink has an open source Ansible-based service for configuring and deploying computer cluster workloads. The service is called Runner and can be used for deployments in the cloud or on-premises.

But the report cautioned that CenturyLink, although it is executing its roadmap, "that roadmap is not sufficiently aggressive for the pace of the market." By that, the Gartner analysts mean CenturyLink may find itself in "an uncomfortable, 'in-between' place in the market."

CenturyLink could end up caught between the broad-portfolio IaaS market leaders and pure play managed service providers. It will also have to exist competing with niche players who specialize in hosting specific applications or meeting specific compliance requirements.

CenturyLink stated earlier this year that it was exploring strategic alternatives for its data center assets, a move that left potential customers wondering if CenturyLink was going to stick by its stated cloud ambitions.

"It is unclear if CenturyLink is willing to continue investing deeply in cloud IaaS and PaaS offerings beyond the core platform capabilities it needs to underpin Platform CenturyLink and its communications services," the Gartner analysts concluded. Customers should seek their own assurances on that point, they added.

No such doubts dogged the report's description of AWS, which said it is continuing to innovate at a rapid pace, "retains a multiyear competitive advantage over all its competitors," and continues to expand its customer base. It has become "the safe choice," the analysts said.

Gartner cautioned: "While it is easy to get started with AWS, optimal use requires expertise. Customers must proactively seek the depth of sales and solution architecture engagement they need to be successful; this may require professional services, not just support."

All in all, this year's Magic Quadrant for IaaS shows as many changes as have occurred in previous releases of the document. The rise in the leadership quadrant of Microsoft is the biggest surprise, along with Google's failure to move the needle much on previously lagging performance in gaining customers. Should IBM, VMware, Rackspace, and VirtuStream (acquired by EMC a year ago) really be classified as Niche Players when they've lead some cloud developments in the past?

So far, Gartner has gotten it right often enough to retain a following for its annual IaaS Magic Quadrant. With Microsoft showing a sharp shift with a new hand at the helm in CEO Satya Nadella, perhaps customers are ready to put their confidence in the Azure's future as a cloud service provider.

Charles Babcock is an editor-at-large for InformationWeek and author of Management Strategies for the Cloud Revolution, a McGraw-Hill book. He is the former editor-in-chief of Digital News, former software editor of Computerworld and former technology editor of Interactive ... View Full Bio
We welcome your comments on this topic on our social media channels, or [contact us directly] with questions about the site.
Comment  |
Email This  |
Print  |
RSS
More Insights
Webcasts
The Failures of Static DLP and How to Protect Against Tomorrow's Email Breaches
Strategies for Success with Digital Transformation
More Webcasts
White Papers
A Technical Deep Dive on Software Exploits
The Value of Threat Intelligence
More White Papers
Reports
2020: Threats in Review
The Malware Threat Landscape
More Reports