The AWS cloud pulls Amazon into profitability with its 25% margins. Meanwhile CEO Jeff Bezos moves into the third-richest billionaire slot behind Gates and Buffet.

Amazon turned in a stellar financial third quarter that drove its stock price above $600 a share in after-hours trading and, incidentally, made CEO Jeff Bezos the third-richest individual in the US.

The Bloomberg Billionaires Index reported that Bezos had added $5 billion to his fortune, currently listed at $55 billion. That addition allowed him to push past Charles and David Koch and occupy the third spot on the list, behind only Bill Gates and Warren Buffet. Bezos ranked number 20 at the start of the year. His personal fortune has grown $22 billion in the first nine months of 2015 -- more than any other business leader's.

Amazon.com closed the regular trading day on Thursday, Oct. 22, at $563.91 before the third-quarter results were disclosed. Amazon now has a market capitalization of $264 billion compared to Wal-Mart's $188 billion.

Earnings per share amounted to plus $0.17 compared to a negative $0.95 last year.

Equally striking were the AWS cloud unit's individual results. Its third quarter revenues were $2.1 billion, up 15% over the second quarter. Amazon did not report the unit's growth for the same quarter a year ago. It only broke out AWS revenues from the "other" category in the first quarter of 2015. AWS is on track to show a growth of 78% in cloud revenues in 2015 versus 2014. 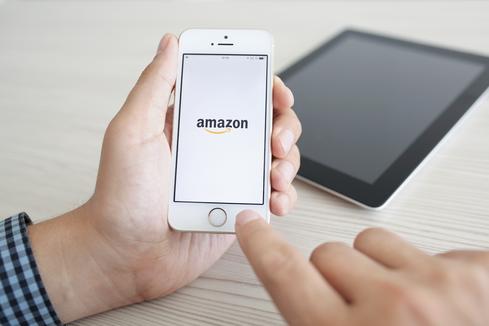 Perhaps more important was the AWS operating profit of $521 million, which helped paper over losses in other parts of Amazon's rapidly expanding retail and distribution business. Wall Street analysts warned throughout the first half of 2014 that Amazon buyers didn't seem to understand they were investing in a business that hadn't shown much in the way of profits. The response by stock buyers yesterday seemed to indicate they were more interested in getting aboard the Amazon train than toting up profits and losses.

With the AWS on a potential $6 billion dollar run rate in the coming year, the cloud unit's performance was still a long way from AWS SVP Andy Jassy's prediction during a Q&A session at the 2014 reInvent event that the cloud unit would one day pull in more revenues than Amazon's retail operation. But AWS's 78% rate of growth, combined with highly profitable operations, no longer makes that sound like such a wild-eyed, tail-wagging-the-dog statement.

What was revealed in the first quarter as a surprise, the $5 billion business appears to be headed for the $6 billion mark and above in 2016.

In addition, AWS revenue growth was strong in the world's strongest cloud market, North America, even though AWS is investing heavily in a large data center in India and expanding into China. Revenues grew in the North America region 28%, compared to 26% in the second quarter of this year. The region produced a $528 million operating profit. A year ago, it would have had to report a $60 million loss for the same quarter, according to the earnings call.

Bloomberg analyst Paul Sweeney said AWS is enjoying margins of 25% on its cloud business, or far above the 1.6% that he said applied to Amazon's razor-thin profits in the retail business.

TBR believes margin growth is mostly driven from technical efficiencies in AWS' data centers. At scale cloud business like AWS have the luxury of customizing and provisioning pieces of their server farms for specific tasks and services, creating efficiencies and lowering costs.

[Want to see what Amazon said about a losing quarter, not too long ago? See Amazon Says Expansion Worth The Price.]

Amazon's Jassy noted at its 2014 reInvent event that it had partnered with Intel to come up with a customized cloud processor for the servers in its data centers. Freeman noted AWS has also invested in chip technology through a partnership with Annapruna labs, an Israeli startup, earlier this year

Bezos used the good news as a stage on which to launch his own recommendation that consumers buy more Amazon-branded electronic goods. Sales of devices such as Fire phone have been disappointing, despite Amazon's investment in them. But Bezos appears to be on a personal mission to see his company gain more of the device market enjoyed by Apple and Microsoft.

"For the first time, we're recommending you bring home a six-pack for the whole family," Bezos said in the announcement of results. He meant a package of six Amazon Fire tablets, which, unlike the Apple iPad, retails for under $50 in a six-pack. (The six-pack of Fire tablets is available for $250.) "We are building millions more than we'd already planned," Bezos said in the announcement, doing his best to imitate the late Steve Jobs's ability to create a sense of overwhelming demand for new Apple products.

Charles Babcock is an editor-at-large for InformationWeek and author of Management Strategies for the Cloud Revolution, a McGraw-Hill book. He is the former editor-in-chief of Digital News, former software editor of Computerworld and former technology editor of Interactive ... View Full Bio
We welcome your comments on this topic on our social media channels, or [contact us directly] with questions about the site.
Comment  |
Email This  |
Print  |
RSS
More Insights
Webcasts
Cybersecurity Risk Management
Managing a Hybrid Cloud Infrastructure
More Webcasts
White Papers
2020 SANS Enterprise Cloud Incident Response Survey
The Top 5 Mistakes Everyone is Making in Vulnerability Remediation
More White Papers
Reports
Protection Strategies for a Cyber-Resilient Organization
Building the SOC of the Future
More Reports