Amazon finally put its critics to flight with a 28% growth in revenues in its first quarter of 2016. Revenues totaled $29.1 billion, compared to $22.7 billion in the same quarter the year before, according to Amazon's CFO Brian Olsavsky, who released the company's first quarter earnings report on April 28.

Not only are its sales continuing to grow at a strong, worldwide rate, its net income of $513 million was up in the first quarter, compared to a loss of $57 million in the same quarter a year ago. Amazon CEO Jeff Bezos didn't say so in so many words, but he could have noted that the losses were necessary to build Amazon up to this take-off point.

Others, however, said it for him.

Mark May, a broker for Citigroup Global Markets, commented to Olsavsky during the Q&A part of the call: Amazon's international retail revenues "really stood out. Revenue accelerated. Seemed like a bit of a milestone... " 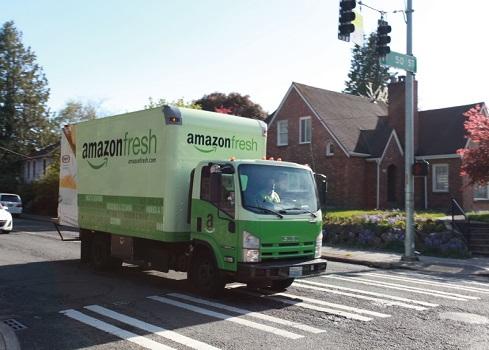 In addition, Olsavsky said Amazon's effort to create Prime customers, who get free delivery and other privileges for $99 a year, was picking up steam overseas. "We're adding Prime subscribers at a high clip," he commented to May during the call. International subscribers, in particular, are now signing up at a faster rate, he said.

In an annual letter to stockholders, filed April 5 in this SEC document, Bezos said: "We want Prime to be such a good value, you'd be irresponsible not to be a member."

That's good news for Amazon, in that Prime customers spend more than other customers -- $1,100 a year on average, according to market research -- and show strong loyalty to Amazon. Consumer Intelligence Research Partners estimates there are 54 million Prime subscribers.

Amazon added 11 metro areas in the first quarter to its Prime free same-day delivery service and now has 27 such locations in the US. Prime customers outside those areas have to settle for free one- or two-day delivery.

In addition, Amazon acknowledged publicly during the earning call that it has a contract with Air Transport Services Group to lease 20 Boeing air cargo planes. ATSG will operate the planes for Amazon. The contract was undertaken to further support one- and two-day deliveries.

Again contributing in a big way to overall results was Amazon's cloud infrastructure unit, Amazon Web Services. Revenues grew at a rate of 64% to $2.6 billion. The unit's operating income reached $604 million, compared to $195 million the year before. That yielded an operating margin of 23.5%.

Overall, Amazon, in both cloud and retail, showed first quarter earnings that amounted to $1.07 per share, compared to minus-12 cents a share a year ago, according to Olsavsky's report. Amazon shares rose April 29 on the news, from $602 per share at the previous day's close to $659.59 per share, up 9.5% by closing time.

In the announcement, Bezos chose to put his emphasis on the consumer devices that Amazon is now selling at a faster rate.

[Is Echo the device that Bezos will one day sell by the millions? Read Amazon Echo: A Rising Rock Star?]

"Customers purchased more than twice as many Fire tablets than first quarter last year," said Bezos. "Earlier this week, the $39 Fire TV Stick became the first product ever -- from any manufacturer -- to pass 100,000 customer reviews, including over 62,000 five-star reviews... " The 62,000 review mark hasn't been reached by any other device for sale on Amazon, the announcement said.

Bezos also cited sales of Amazon's Echo voice-activated consumer tower. "We're building premium products at non-premium prices, and we're thrilled so many customers are responding to our approach," he said.

Finally, Amazon made its AWS Database Migration Service, along with schema-conversion tools for customers who need them, generally available on March 15.

It allows users of Oracle, Microsoft SQL Server, MySQL, MariaDB, or PostgreSQL to migrate their production systems online to an AWS managed service. Once online, they can chose between the same database system in the cloud or Amazon's Aurora database service.

For the upcoming second quarter, Olsavsky offered the following guidance: Sales are expected to run between $28 billion and $30.5 billion, up somewhere from 21% to 32%. Operating income is projected at $375 million to $975 million, compared to $464 million in the second quarter of 2015.