Four days after Microsoft introduced its G series, which it claimed are the "largest ... of any virtual machine size currently available in the public cloud," Amazon Web Services has brought forth its new C4 Series instances, which are larger.

The C4s are designed for the largest data-processing and e-commerce workloads sent to the cloud. The AWS C4 instances were announced Nov. 13 at Amazon's Re:Invent event in Las Vegas.

Both Amazon C4s and Microsoft's G series virtual machines are based on version 3 of Intel's E5 Xeon chips, known as the Haswell family. Microsoft uses E5-2600 chips in its Azure hosts.

Amazon uses a chip customized by Intel for its EC2 servers. It is an E5-2666 running at 2.9 GHz but capable of using a design feature, Intel's TurboBoost, to increase the tempo to 3.5 GHz. For that increase to occur, other CPUs on the host need to be running at less than their full capacity. Any cores running at 3.5 GHz must stay within the power consumption and temperature limits set for the host as a whole.

The new Amazon C4 may utilize up to 36 virtual CPUs, with each virtual CPU representing half of an E5-2666 core. The E5-2666s go into Amazon servers packed with up to 18 cores each. The E5 generation is double-threaded, so each C4 virtual CPU in effect represents half the Haswell chip. The maximum virtual CPUs per C4 goes as high as 36.

The largest Microsoft G Series can use up to 32 virtual CPUs, said Azure program management director Corey Sanders in a blog posted January 8. Microsoft didn't define what now constitutes a virtual CPU in the Azure camp, although it used to be the equivalent of a 1.6-GHz Xeon core. It also didn't state the chip speed of the Xeons that it is running, but a standard 2600 v3 can run at a variety of speeds from 1.6 GHz to 3.5 GHz.

Cloud vendors seldom compete on the basis of chip speeds, since the fastest chips are also the most expensive, and they're looking for a mass-produced price/performance sweet spot in the market. They order servers by the tens of thousands. 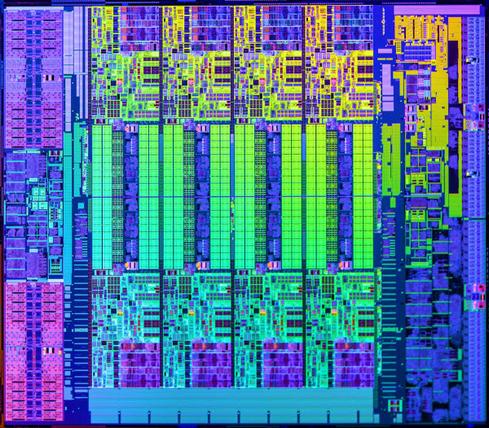 Amazon, however, has taken a first step toward competing on-chip performance by specifying the capabilities of the custom Haswell E5-2666 chip built for it.

"We are able to deliver more cores in the form of 36 vCPUs on the c4.8xlarge instance type," AWS's chief evangelist Jeff Barr wrote in a blog posted Monday, referring to hosts with 18 cores.

10 Ways AI and ML Are Evolving Lisa Morgan, Freelance Writer,  6/28/2021
White Papers
Gorilla Guide Extended Detection and Response
How Secure Are Your Endpoints?
Proven Success Factors for Endpoint Security
The 2021 Small and Midsize Business Security Outcomes Study
Why DLP Has Failed and What the Future Looks Like