Amazon's retail operation is now paired with what's known to be a highly successful cloud business: Are the two accelerating each other?

It's common knowledge that Amazon Web Services has left its largest cloud competitors in the rear view mirror. When the figures for AWS' fourth quarter 2016 earnings come out at the end of January, we're likely to see a continuation of its impressive 50% growth rate.

So let's take a look at the other side of the house, the ledger for Amazon retail operations. Instead of quarterly revenue, we now have a snapshot of Amazon's online holiday sales and the figures tell us something.

Amazon retail sales are also leaving their online competitors in the rear view mirror. Between Nov. 1 and Dec. 16, Amazon captured just under 37% of online retail sales. Online shopping repeatedly totaled $1 billion a day across all retailers, with Amazon collecting 37% of it. The biggest shopping days crested at $3 billion, according to Adobe Digital in a piece by Gary Bourgeault, an independent analyst. 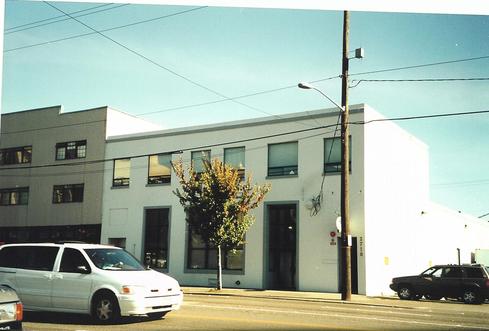 If one only looks at the weeks closer to Christmas, then the Amazon share starts to march upward, as late shoppers resort to the shortcuts of online shopping to meet the holiday deadline. For the week ended Dec. 17, Amazon retail revenues represent 45.5% of all online revenues and it's possible that number went up even further a week later. Is Amazon in control of 50% of peak online Christmas shopping transactions? It might be. It's a stunning amount of ecommerce power, especially when you look at its competitors.

Want to see how AWS tries to fuel its own expansion? See At AWS, Enterprise Strategy Consists Of Helping Migrations.

Best Buy is aggressively pursuing a larger share of the online market. It weighed this holiday season with 3.9%, and the competition goes downhill from there, according to the Slice Intelligence figures. Another aspirant, Target, won 2.9%. Wal-Mart, which sees itself as a competitor to Amazon and invests in its online commerce accordingly, had 2.7%. Macy's, which has tried to stake its future on improving online sales, 2.5%.The figures come from Slice Intelligence, the retail market researcher, also cited Bourgeault's commentary.

As competitors, these objects in the rear view mirror are even further away than they appear.

Meanwhile, Amazon Web Services within Amazon continues to grow at a 50% per year pace. It's headed for $13 billion in revenues in 2017. In less than five years, it will be another $100 billion Amazon  business, if the current pace holds up.

What's happening is unusual in American business history. It's well understood how companies produce a good product, innovate on top of it and grow themselves into an industry force. What Amazon is doing is constantly improving the consumer experience on Amazon.com and in its distribution and delivery system. As improvements to ecommerce occur, some of them cross over and start appearing in the AWS cloud infrastructure, such as the event triggering service Lambda, Amazon Quicksight analytics, Amazon Recoknition for image analysis or Amazon Lex for natural language translation. The needs of a rapidly expanding retail ecommerce system constantly spawns new cloud services. The public demand for those services in the cloud in turn generates a larger and more efficient infrastructure to be used by Amazon retail.

Innovation on one side feeds efficiencies and innovation on the other. Amazon has taken the notion that it's necessary to transform the IT infrastructure to transform the business and converted it into a new perpetual motion machine. It's also a machine that seems to produce its own fuel. If it's running fast today, it'll be running faster tomorrow.

A disruptive force has been let loose that appears to be able to replicate this process again and again. At the moment it's dominating online retail and cloud services but it's hard to believe it will stop at those boundaries and not seek other realms to conquer.

Charles Babcock is an editor-at-large for InformationWeek and author of Management Strategies for the Cloud Revolution, a McGraw-Hill book. He is the former editor-in-chief of Digital News, former software editor of Computerworld and former technology editor of Interactive ... View Full Bio
We welcome your comments on this topic on our social media channels, or [contact us directly] with questions about the site.
Comment  |
Email This  |
Print  |
RSS
More Insights
Webcasts
People Are The Most Important Part of Autonomous SOC
Cybersecurity's Next Wave: What You Should Know
More Webcasts
White Papers
Sunburst: Impact and Timeline
Maturing Your Cloud Security Program
More White Papers
Reports
Key Strategies for Managing New Risks in Cybersecurity
Are We Cyber-Resilient? The Key Question Every Organization Must Answer
More Reports

Good point, Smartron. I think Amazon is capable of making mistakes. But it does seem to learn fast and move on to the next thing. If it stays on the cutting edge of the digital economy, a lot of sheaves of ecommerce are going to fall its way.
Reply  |  Post Message  |  Messages List  |  Start a Board

I must think these are US figures. China has it own ball rolling so I wonder there is any actual point to this information. Having said that, I was inside Lab126 for a year and my take away is there really is no way Amazon can mess this up. For example, Google could see everything go to Alexa on the Echo which doesn't support browers ads. Huge swing right there that, perhaps only Amazon saw coming. Amazon learns fast, there won't be another crash and burn phone, you can be sure of that.
Reply  |  Post Message  |  Messages List  |  Start a Board
Editors' Choice
Hot Topics