Amazon Web Services has introduced a lower cost, general-purpose instance type for users who want both a modest CPU and also an ability to burst CPU capacity when needed. That describes the T2 micro, small, and medium instances, launched Tuesday.

A T2 micro has a single virtual CPU, which means it's given a share of an Intel Xeon core equivalent to a 2007 Xeon CPU running at 1 GHz. That's known in Amazon's lexicon as an EC2 Compute Unit (ECU). The clock speed of the today's Xeon cores in EC2 is more like 2.5 GHz, but the virtual CPU will get only a share of the core. Likewise, the T2 medium is assigned 2 ECUs, or two virtual CPUs, or a larger share of a core.

Despite the virtual CPU limits they've been assigned, each instance type can burst into full-core use when the workload demands it. In the announcement Tuesday, Amazon EC2 VP Matt Garman said the T2s "optimize their performance and cost for applications that don't use the full CPU capability frequently, but require the full CPU resources for short bursts."

It's not clear from the announcement for how long "short bursts" may be or whether more frequent use will result in the customer being reassigned to an instance type more appropriate for the workload being run.

The lack of clarity about such issues indicates that Amazon has placed a spotlight on first-time and small-use customers. It appears that the growing popularity of services such as Linode and Digital Ocean, serving the large programmer population working in and around New York City, has caught Amazon's eye.

[Want to learn more about deciphering cloud pricing? See Why Cloud Pricing Comparisons Are So Hard.]

New York-based Digital Ocean has implemented $5-a-month virtual servers and solid-state drives as standard storage. Its small servers spin up rapidly and exhibit fast I/O performance based on solid state. At the Structure 2014 conference in San Francisco June 20, Adrian Cockcroft, the former Netflix cloud architect, now technology fellow at Battery Ventures, noted the rise of such service providers in 2012 and 2013. He said of Digital Ocean: "I'll take a twenty-fold growth rate any time."

Amazon is not about to let such upstarts grow into real challengers without some attempted counter measure. Its T2 micro, small, and medium instances come with 1, 2, and 4 GBs of memory respectively, giving it an edge over Digital Ocean. The latter's version of a $5 micro server comes with only 512 KBs of memory; to get to a GB, the customer has to pay $10 a month; two GBs, $20 a month; and 4 GBs, $40 a month. Those prices also include storage and network bandwidth, something that will cost extra on Amazon. Nevertheless, T2 appears aimed at Digital Ocean's weak point: solid-state memory is still more expensive than spinning disks. 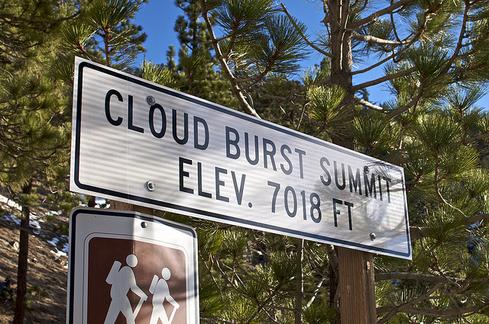 Amazon's pricing comes in just under Digital Ocean's for comparable memory sizes, when only the instance price lists are compared. That closes a much larger gap that had existed with its larger M3 instance sizes, for example, while opening the option of "bursty" CPU power. The T2 micro is priced at 1.3 cents an hour, which comes out to $9.50 a month versus Digital Ocean's $10.

But Marty Puranik, CEO of rival service Atlantic.net in Orlando, Fla., said Amazon's prices don't include persistent storage, high performance I/O, and network bandwidth, the way Digital Ocean and Atlantic.net prices do. "Amazon prices don't include data transfer, any local storage, or support," he said. And if you pay Amazon extra to get them, the upstarts have a price advantage again.

Puranik said Amazon's price list is the equivalent of "quoting the price of a car without the wheels included."

The concept of a bursty CPU isn't new with Amazon. Rackspace divides up its CPUs into virtual units to provision cloud users. But even when a customer pays for only part of a CPU, he gets the whole core if his application demands it, if no other customer is already using it. As with the ill-defined "bursts" of Amazon's T2, customers can't be sure how this will work out in practice; probably fine, unless constant price cutting starts to load up cloud hosts with so many workloads that they're pressing against the CPU's ceiling.

Indeed, the T2 instances are Amazon's answer to smaller customers worried about performance in the cloud, as well as price. AWS is by far the most successful cloud vendor, but Digital Ocean, Atlantic.net, and others are making inroads based on solid-state drive performance. Atlantic.net boasts instances at prices ranging from $4.97 to $9.93 a month. In addition, its SSD-based virtual servers spin up in 30 seconds, it claims on its website.

Getting new customers in the cloud, particularly the valued developer communities that will grow into using other resources, is as much about performance as it is about price.

Charles Babcock is an editor-at-large for InformationWeek and author of Management Strategies for the Cloud Revolution, a McGraw-Hill book. He is the former editor-in-chief of Digital News, former software editor of Computerworld and former technology editor of Interactive ... View Full Bio
We welcome your comments on this topic on our social media channels, or [contact us directly] with questions about the site.
Comment  |
Email This  |
Print  |
RSS
More Insights
Webcasts
SASE: The Right Framework for Today's Distributed Enterprises
Advancing the Hybrid Cloud & App Modernization Journey with IBM
More Webcasts
White Papers
2020 SANS Enterprise Cloud Incident Response Survey
The Top 5 Mistakes Everyone is Making in Vulnerability Remediation
More White Papers
Reports
The State of CCPA 2021
Are We Cyber-Resilient? The Key Question Every Organization Must Answer
More Reports

Of  course Amazon backs up basic cloud servers with reputation, operational experience and a long list of related services that become valuable if you're doing more than software development. Competition in the cloud is about more than just price. It's about kind of operational environment can you create and sustain.
Reply  |  Post Message  |  Messages List  |  Start a Board

@Brian: There have certainly been developments with shopping via Internet video, but the tech developments there seem to have stalled over the past few years.

As far as the cloud stuff goes, I'm reminded of this bit of dialogue from the 1985 film Clue:


> Why is J. Edgar Hoover on your telephone?

>  PCs are one of the most efficient devices in businesses and houses, when compared to other devices and appliances.

Depends on how you look at it.  Is keeping my food refrigerated and my dishes clean a more or less efficient use of resources -- and by how much -- than keeping me entertained with cat pictures and YouTube videos?  ;)

That said, the American cloud providers are absolutely going to battle with each other over prices right now -- especially as others begin to catch up to Amazon and in the wake of the Snowden revelations costing American cloud companies business.
Reply  |  Post Message  |  Messages List  |  Start a Board

I always liked the fact that Rackspace didn't hold back. If you were a customer and your application needed more CPU cycles, Rackspace would give them to you, if all they were doing was idling away. This isn't well known nor is it easy to market, since extra cycles may not be available when you want them. But it follows a line of thought that it's always best to make maximum use of the resource -- it's consuming electricity anyway -- in useful work than in rationing it strictly based on price. It's a cloud-like concept.
Reply  |  Post Message  |  Messages List  |  Start a Board

These "bursty" cloud instances speak to one of the innate, early appeals of cloud: More compute power when you want it, on demand. Few companies have achieved this mode of cloud operation in reality though. Interesting that the dev crowd's interest in Digital Ocean is registering with Amazon.
Reply  |  Post Message  |  Messages List  |  Start a Board
InformationWeek Is Getting an Upgrade!