Amazon launched its IoT at its Re:Invent conference in Las Vegas Oct. 8, and illustrated how it will handle data pouring into its storage systems.

The Amazon Internet of Things will not simply collect data from thermostats and other consumer devices. It's been given an industrial-strength foundation that establishes where the data is from, what format it needs as it's captured, who owns it, whether it's secure, and where it must be stored.

In addition, Amazon Web Services (AWS) is making available a query engine-rules engine that will allow the data to be analyzed as it comes in, decide whether any rules or conditions apply to it, and implement the action required.

After that, it may be stored in one of several AWS storage systems, including the Redshift data warehouse, S3 permanent storage or its unstructured big data system DynamoDB.

Once the device data is embedded in the Amazon IoT, the other analytics systems already there can be applied to it as well, including the Amazon Lambda service, which can scrutinize a pattern of events and look for anomalies or signs of trouble and commission a response.

The IoT is not something you need to plan for in the future. It's here already, he said.

"We see the Internet of Things in so many places on AWS," Vogels said. Customers such as the Philips Consumer Lifestyle division of the big Dutch consumer electronics firm, which includes the Philips Health Care unit, are already using Amazon to collect and store device data, consumer application data, and medical image data.

Jeron Tas, CEO of Philips Healthcare Informatics Solutions, said his firm built its own IoT over two years ago to collect data from its patient monitors, medical imaging machines, hospital sensors, and defibrillators. It is currently collecting data from 7 million devices. 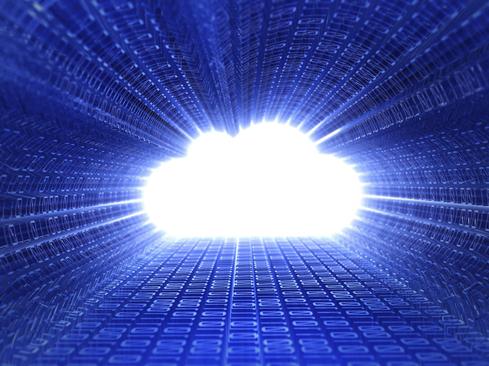 But Tas sees the network growing to more than 10 times its current size as patient populations start to shift toward self-monitoring of health for maintenance of good health and healthcare moves away from treatment of advanced disease and acute-care cases. As consumers move into a new phase of health care, they will churn out data from their smartphones on their diets, sleep habits, etc. Fitbit-style exercise devices can become part of their patient profile.

"I challenged my staff: How are we going to connect 100 million devices to our IoT? How are we going to add millions of home devices? We started looking at how we could hook it up to Amazon Web Services," he said during an interview at Re:Invent on Thursday.

[Read about the ways Amazon is targeting the BI market.]

That process is well underway, although Philips hasn't started depending on AWS IoT yet.

"We're bringing out IoT environment to Amazon so it can have a very solid, scalable foundation," Tas said. Philips has no applications in production, but Philips did a field test on the impact of the IoT on consumer health care with the Banner Healthcare plan in Arizona. Philips concluded that the IoT could reduce hospital readmissions by 46%, cut emergency room visits by 67%, and lower overall healthcare costs by 27%.

One area in which it is planning to experiment is in collecting voice data as a healthcare system interface, by means of the Amazon Echo device, which picks up a consumer's voice in the home.

Page 2: How the Amazon IoT works.