Amazon Web Services has launched a second generation of dense-storage servers, its D2 series of instances. Storage-optimized servers are designed to give users access to multiple terabytes of data, with the virtual servers and storage tied together with high I/O throughput rates.

The D2s don't necessarily have as much compute power as Amazon's compute-intensive instances, such as the C3s and C4s, nor do they have as much RAM as the memory-intensive R3 series. But they can combine large amounts of both with very large storage resources to take on some of an enterprise's largest data-centric tasks.

In Amazon's latest round of server instances, a virtual CPU equals one of the two processor threads in an Intel E5-2676 v3 (Haswell) or other modern Xeon core. In the older generation, a virtual CPU amounted to the equivalent of 2007 Xeon running at 1 or 1.2 GHz, and those cores were single-threaded. The Haswell E5-2676 offers two threads running at 2.4 GHz and higher. These second-generation AWS virtual CPUs are delivering more power than their first-generation counterparts. 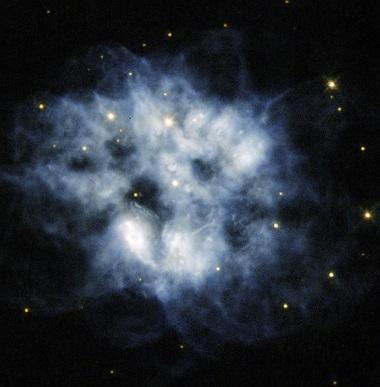 Amazon will continue to offer Hi1s and HS1s for customers who have optimized their applications to those instances, but they start to look pricey compared to the new offering. The HS1 8xlarge was a large server with 16 virtual CPUs representing the earlier Xeon 1 GHz-equivalent cores. The HS1 included 117 GB of memory and 24 2,048 GB hard drives at a price of $4.60 an hour. HS1s are "still fully supported" and retain the same features and functionality, a notice accompanying the D2 announcement said.

When calling data out of Amazon's Elastic Block Store (the temporary storage for running applications), the D2s can supply an optimized throughput of 500 Mbps to 4,000 Mbps, Barr's blog said.

Amazon's product expansion comes as it prepares to start disclosing revenue and profit/loss for its Amazon Web Services Unit. That financial data should come later this month, for the first quarter of 2015. Its movement toward larger virtual servers demonstrates that big companies are interested in using Amazon infrastructure, and that Amazon sees the enterprise market as attractive. Amazon still offers "micro" servers with one first generation virtual CPU, but in a hierarchy of servers that for the most part goes from small to large, it lists those micro instances last.

Are you exploring your data center strategy in the cloud era? Come discuss this issue with leaders from Boeing and eBay, and explore other strategic IT issues at the InformationWeek Conference. Email InformationWeek editor Chris Murphy with questions or register now and save $200 off Conference passes with discount code CMBLOG. Other speakers include the CIOs of Walmart, AstraZeneca, the NBA, ConocoPhillips, Royal Caribbean, and more.

Charles Babcock is an editor-at-large for InformationWeek and author of Management Strategies for the Cloud Revolution, a McGraw-Hill book. He is the former editor-in-chief of Digital News, former software editor of Computerworld and former technology editor of Interactive ... View Full Bio
We welcome your comments on this topic on our social media channels, or [contact us directly] with questions about the site.
Comment  |
Email This  |
Print  |
RSS
More Insights
Webcasts
What We Can Learn from Sports Analytics
Protecting Your Enterprise's Intellectual Property
More Webcasts
White Papers
Passwordless: The Future of Authentication
Threat Intelligence Solutions: A SANS Review of Anomali ThreatStream
More White Papers
Reports
The Malware Threat Landscape
Annual Global State of the WAN
More Reports

That will be interesting, especially given their recent trend to cut prices deeper and deeper to pull in new customers.
Reply  |  Post Message  |  Messages List  |  Start a Board

I am interested in what kind of experience users of Persistent Grants have had. The Xen hypervisor project identified bottlenecks in the protocol for the large scale movement of blocks of data from virtual machines to physical disk. Persistent grants remove spome of those bottlenecks. Anyone with a before and after story?
Reply  |  Post Message  |  Messages List  |  Start a Board