Amazon has launched its fourth renewable energy initiative, a wind farm in Ohio, to increase its data centers' use of green power.

Amazon Web Services has announced that it will build a wind farm in rural Paulding County, Ohio, to generate 320,000 megawatt hours of electricity a year, starting in May 2017, to power its cloud data centers.

It's building three data centers in Hilliard, Dublin, and New Albany, Ohio, and building two fulfillment centers in Etna and Obetz, Ohio, all suburbs of Ohio's capital, Columbus. The fulfillment and data centers will receive power only indirectly from the wind farm, which is hundreds of miles away.

The electricity generated will be plugged into the Ohio grid, offsetting the state's energy suppliers' need to generate that amount of power through their predominantly coal-fired generators. Paulding County is in northwest Ohio, the county seat, Paulding, is a village of 3,544. The Paulding wind farm, dubbed Amazon US Central, will be constructed by EDP Renewables. 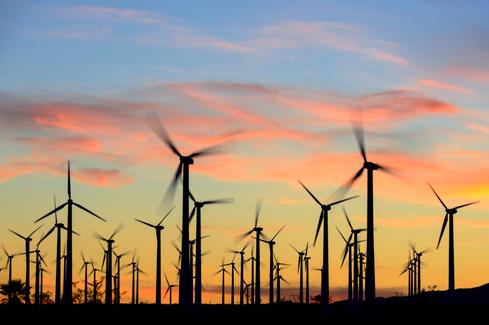 The wind farm, announced November 19, is another step for Amazon toward keeping its pledge to generate renewable energy for use in all its cloud data centers. AWS also has a long-term power-purchase agreement with what will be the Amazon Fowler Ridge wind farm that the Pattern Energy Group is constructing across the border in Benton County, Indiana. The Indiana farm is expected to start generating 500,000 megawatt hours a year in January of 2016.

It's already declared that its US West region in Oregon, which is different from its US West region in Northern California, is receiving renewable energy, although it didn't specify what type. It's close to the Columbia River basin's hydroelectric power. AWS GovCloud, also based in data centers in Oregon, is "carbon-neutral," as is its Frankfurt, Germany, facility.

But AWS acknowledges that it still has a way to go. "As of April 2015, approximately 25% of the power consumed by our global infrastructure comes from renewable energy sources. By the end of 2016, we intend to reach 40%," Amazon said in a statement on its sustainable-energy policy.

Amazon's is one of several data center builders that's trying to stay in step with Facebook and Apple, which have pledged to base their cloud operations on renewable energy sources. Google and Microsoft have also taken the pledge.

Google said in a statement earlier this year, "We're currently using renewable energy to power 37% of our operations and expect this to increase significantly in the next two years. In fact, we commit to tripling our purchases of renewable energy by 2025." It also said it will try to buy green power near its data centers. 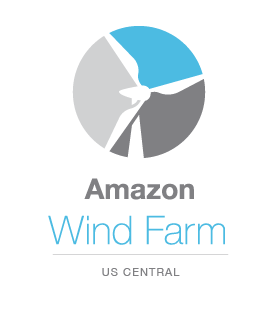 Amazon said a large-scale cloud provider can achieve a server utilization rate of 64% compared to 15% for the typical on-premises server, "which means when companies move to the cloud, they typically provision fewer than one-fourth of the servers than they would on-premises."

It estimates that its modern data centers are at least 29% more efficient in the amount of power they need for the same amount of work than an enterprise data center.

Still, some have questioned the impact of cloud computing on energy consumption. For example, in 2012, Greenpeace International in the Netherlands published a report titled "How Green Is Your Cloud?"

More recently, shortly after Amazon announced its new Ohio data centers in May, critics questioned whether Amazon was anywhere near its goal to run its cloud data centers with renewable energy. "Given that Ohio's electricity grid is powered predominantly by coal, current and potential customers of AWS have to wonder how the Ohio growth fits into AWS's commitment to power the data centers with 100% renewable energy," wrote David Pomerantz for CleanTechnica, a website devoted to making technology use non-polluting, on June 25.

In a related move, as of June 1 Amazon has been collecting sales tax from its customers in Ohio, which it still doesn't do in 24 states. AWS has resisted sales tax collection in many states, but agrees to the collect taxes in states where it builds data centers, renewable power generation plants, and distribution facilities. Washington State, California, Virginia, and New York were among the first to persuade Amazon to collect the tax, a boon for state receipts.

Ohio is the 26th state to join Amazon's tax collection ranks. Next in 2016 will be South Carolina, where Amazon is building distribution facilities, according to the Wall Street Journal.

Charles Babcock is an editor-at-large for InformationWeek and author of Management Strategies for the Cloud Revolution, a McGraw-Hill book. He is the former editor-in-chief of Digital News, former software editor of Computerworld and former technology editor of Interactive ... View Full Bio
We welcome your comments on this topic on our social media channels, or [contact us directly] with questions about the site.
Comment  |
Email This  |
Print  |
RSS
More Insights
Webcasts
Detecting and Preventing Insider Data Leaks
People Are The Most Important Part of Autonomous SOC
More Webcasts
White Papers
Why Add Security to Your Skill Set and How to Do It
Enabling Enterprise Resiliency Through Cyberthreat Detection
More White Papers
Reports
The Malware Threat Landscape
Special Report: Edge Computing: An IT Platform for the New Enterprise
More Reports

@tzubair, it could be a bit of Apple hype - we are green and clean... but in reality it could be other story...
Reply  |  Post Message  |  Messages List  |  Start a Board

There are many forms of alternate energy each with it's own upsides and downside in both productivity, initial expense and aesthetic issues. It's good to see large companies attempt to get most of their power from renewable sources. Hopefully they will help make it commonplace enough for more individuals ans smaller companies to afford to offset their own power use. One day it may be more economical to get energy from wind and sun than from coal and oil.
Reply  |  Post Message  |  Messages List  |  Start a Board

"That was a few years ago, and now I see that this year, hybrid roftop wind and solar generators are offered for sale to homeowners. The company that makes them is called Windstream"

@Ariella: A hybrid generator made out of two alternate energy sources is a brilliant idea indeed. And it does cover two very common weather states - some days it's going to be sunny and on other windy. It can be both too at the same time. Would be interesting to see how the performance is like when it's commercial.
Reply  |  Post Message  |  Messages List  |  Start a Board


"Apple has said it will power its new Maiden, N.C., data center with all green power. It's built two 20-megawatt solar farms next to it and installed a 10 megawatt fuel cell"

@Charlie: But the bulk of power comsumption takes place in Apple's factories in China which are run independently by contractors. What is Apple doing to have green power there in the factories as well? It may be another country but part of the same globe at the end of the day.

"It's great to see companies taking it upon themselves to handle their mammoth energy requirements and always nice that the U.S. is so happy to use onshore wind farms. Here in the UK we've just lost subisidies for it all while the government props up the fossil fuel industry. It's madness."

@Whoopty: I think that's an issue all over the world. In many countiries the government-owned utility companies have failed to operate the energy companies efficiently. Private sector has had to step up to fill in the gap. What's interesting here is that companies who are very successful in other areas have found attraction in the energy sector and realize this is where the next revenue stream is going to come from.
Reply  |  Post Message  |  Messages List  |  Start a Board

It's great to see companies taking it upon themselves to handle their mammoth energy requirements and always nice that the U.S. is so happy to use onshore wind farms. Here in the UK we've just lost subisidies for it all while the government props up the fossil fuel industry. It's madness.
Reply  |  Post Message  |  Messages List  |  Start a Board

@Charlie Babcock yes, I remember reading about a plan somewhere to hedge bets, drawing on solar when it's sunny and wind when it blew. That was a few years ago, and now I see that this year, hybrid roftop wind and solar generators are offered for sale to homeowners. The company that makes them is called Windstream
Reply  |  Post Message  |  Messages List  |  Start a Board

Apple has said it will power its new Maiden, N.C., data center with all green power. It's built two 20-megawatt solar farms next to it and installed a 10 megawatt fuel cell. It's trying to do something similar for its Prineville, Ore., data center next door to Facebook's.
Reply  |  Post Message  |  Messages List  |  Start a Board

Solar panels are less of an eyesore, but in many areas where there is a lot of cloud cover they simply are not efficient enough.

As for wind turbines, yes they can be ugly. But there isn't much to do about that. However, my understand is there is often an ecological study done before turbines go up to analyze whether or not they will affect wildlife like birds and bats.
Reply  |  Post Message  |  Messages List  |  Start a Board

There is always a drawback to easy production of green energy. Hydropower is wonderful, you just have to dam free flowing rivers. Solar is great, and there are huge near-desert, public lands in the West that could host solar farms. But the transmission lines nearby are incapable of carrying the load. Hundreds of millions would be needed to integrate large solar farms into the grid. And wind power fluctuates, needless to say.
Reply  |  Post Message  |  Messages List  |  Start a Board
Page 1 / 2   >   >>
Editors' Choice
Hot Topics