In its first quarter 2015 results, Amazon reported that its AWS cloud unit is growing fast and is either already profitable or soon could be.

Amazon Web Services "is a $5 billion business and still growing fast -- in fact it's accelerating," said Jeff Bezos, CEO of Amazon.com, as Amazon broke out revenue and operating expense figures for its cloud services for the first time.

The AWS results were revealed in Amazon's first quarter 2015 earnings call, held at the close of East Coast markets on Thursday. The cloud unit was identified in the company's financial report as the AWS business segment -- alongside North America and International retail operations -- instead of being blended into the broad "Other" category of revenue.

In first quarter 2015, AWS generated $1.56 billion in revenue -- up almost 50% from $1.05 billion in the same period a year ago. It also reported $265 million in operating income, a larger than expected figure that helped offset losses in other businesses, according to Bloomberg Business.

"Amazon.com's AWS Is Much More Valuable Than We Thought," read the headline on the Seeking Alpha investor Web site, where technology writer Brian Nichols said AWS' worth, previously pegged at $50 billion, might actually be closer to $85 billion. He applied the same yardstick to AWS revenue that's been applied to Salesforce ("75X forward earnings") and concluded the estimates have been too low.

The detailed AWS earnings report breakout included a two-year historical view as well. In 2014, AWS produced $4.644 billion in revenue -- still well under $5 billion -- versus $3.984 billion in expenses, for $660 million in operating income. (Operating income is revenue over expenses and doesn't include taxes, interest on debt, and stock pay-outs, which would reduce the year's income.)

[Want to learn more about how the AWS competition stands? See Stop Amazon: A New Era Of Cloud Co-Opetition.]

Likewise, in 2013 AWS produced $3.108 billion in revenue, while incurring $2.435 billion in operating expenses, for a similar operating income of $673 million. That also means AWS revenue grew 49% in 2014 over 2013. AWS is growing much faster at this point, its ninth year of operation, than its almost 21-year-old parent company, and may be entering a breakout phase.

On the earnings call, Bezos said the acceleration in AWS revenue had been most noticeable over the last three quarters.

How Do Other Cloud Providers Stack Up?

There are only a few figures available from other cloud providers with which to compare the AWS financial details. IBM pegged its cloud revenue recently at $7.7 billion for a rolling 12-month period that started with the recently ended first quarter. Of that, it claimed $3.8 billion as its online "as a service" revenue. These grew $1.5 billion in the first quarter -- in other words, they were a match for Amazon's and growing at an overall rate of 75%, according to an IBM spokesman. But without further investigation, it's hard to say what part of IBM's revenues are, in fact, a direct apples-to-apples comparison with Amazon's.

Deutsche Bank analyst Karl Kierstead, in a recent research note, estimated Microsoft Azure revenue for 2014 at $500 million to $700 million, or about one-tenth of Amazon's, "based on disclosures that Microsoft has made about the other portions of its 'Commercial Other' revenue bucket." Microsoft has acknowledged Azure revenue is included under that heading. Microsoft is assumed by DeutscheBank and other analysts to be AWS' largest and fastest growing competitor. 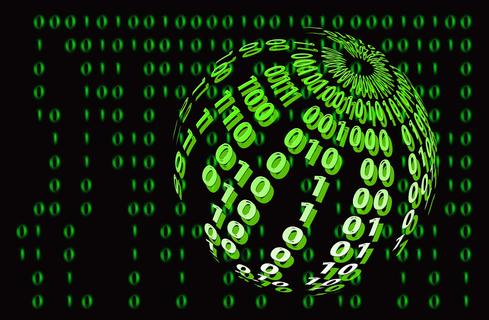 No matter what set of figures you look at, AWS has a big lead over competitors. Its $265 million in operating income in first quarter 2015 indicates tht Amazon.com has a business on its hands that's not only growing but potentially profitable, if it happened to be spun out from the parent company. That's an intriguing prospect to many observers, who think Amazon.com stock would fare better if the two were separated.

"AWS is likely more valuable than anyone thought, an indication that it'll drive Amazon.com's valuation higher regardless of what action the company takes," wrote Seeking Alpha's Nichols.

Whether inside or outside the parent company, one thing is apparent. The team that's guiding AWS, led by senior VP Andy Jassy and CTO Werner Vogels, is clearly in the driver's seat. "They are defining cloud and the new normal for enterprise IT,” said Amazon partner Joel Davne, CEO of CloudNexa, a supplier of front-end cloud service management, in an interview with InformationWeek following the Amazon earnings call.

Everyone already in the Amazon camp can celebrate. For those still outside -- or with only one foot inside the AWS door -- the figures may also give pause to the fact they're witnessing a more profitable, and potentially more powerful, AWS than they had anticipated. Such an AWS may prove to be a formidable company, to its customers as well as its competitors.

IT managers have bought into cloud services to pay only for what they use, avoid expensive upfront license costs, and gain scalability without buying more data center space. But they're also looking to avoid continued vendor lock-in and the strong-arm tactics that seemed to inevitably come along with the old-guard dominant technology vendors.

Will Amazon's low-margin mindset hold for AWS, or will investor pressures to show more profitability eventually prove irresistible? Will the openness of the technologies on which all clouds are based prevail, or will the proprietary versions of them implemented on AWS provide a new round of lock-in? So far, the promise of the AWS cloud, and the manner in which it's been operated, has fueled a groundswell of usage.

But during the earnings call, it appeared the emphasis has already started to shift. AWS has implemented 48 price decreases, acknowledged Thomas Szkutak, the company's chief financial officer. "The primary factor in customer adoption is not price but the ability to be nimble and move quickly," he said. That leads one to speculate that, in the future, agility and nimbleness may still flow from AWS services, but it may come at a higher price.

Another interesting figure from the AWS finances is that it has a net worth in property and equipment of $6.043 billion, a sign of how much the parent company has invested in it since 2006. Without that investment, Amazon could have probably shown a string of profitable quarters and quieted critics on Wall Street, who have been chattering about how it continues to be an unprofitable company.

in a statement released Thursday announcing the results, Bezos included a word of explanation: "We manage by two seemingly contradictory traits: Impatience to deliver faster and a willingness to think long term." That's an apt description of how his management team is viewed by investors, withholding immediate rewards in stock dividends in exchange for driving up the value of the stock for the long term.

Leading up to the announcement, Amazon stock had been trading at $389.99, or just off its 52-week peak of $394. Like Amazon's management, investors appear to be thinking for the long term instead of being overcome with impatience.

Charles Babcock is an editor-at-large for InformationWeek and author of Management Strategies for the Cloud Revolution, a McGraw-Hill book. He is the former editor-in-chief of Digital News, former software editor of Computerworld and former technology editor of Interactive ... View Full Bio
We welcome your comments on this topic on our social media channels, or [contact us directly] with questions about the site.
Comment  |
Email This  |
Print  |
RSS
More Insights
Webcasts
Protecting Your Enterprise's Intellectual Property
Building the SOC of the Future: Next-Generation Security Operations
More Webcasts
White Papers
How to Prioritize Risk Across the Cyberattack Surface
Passwordless: The Future of Authentication
More White Papers
Reports
2020: Threats in Review
Assessing Cybersecurity Risk in Todays Enterprises
More Reports

> Another interesting figure from the AWS finances is that it has a net worth
> in property and equipment of $6.043 billion, a sign of how much the parent
> company has invested in it since 2006. Without that investment, Amazon
> could have probably shown a string of profitable quarters and quieted critics
> on Wall Street, who have been chattering about how it continues to be an
> unprofitable company.

That patience and the ability to delay the gratification is what turns good companies into great companies. Amazon management knows their business more than the shareholders.
Reply  |  Post Message  |  Messages List  |  Start a Board

Negative anaysis and comments caused Amazon shares to lose 22% of their value in 2014. It's up 14% since the Thursday 1st Quarter results, and 43% for the year. On my way to Interop, I read in Tiernan Ray's Tech Trader column in Barron's, "Disclosing AWS was a way to show investors a part of the company that gushes profit." AWS makes up 7% of Amazon revenue but 37% of its profit, said Colin Sebastian of Robert W. Baird.

Amazon.com's stock shot up $55 in trading after its Thursday announcement. On Monday, it was trading at $444.89. That's remarkable given the amount of negative comment its unprofitability draws. Investors aren't looking at that as a deficit so much as an investment in the company's future.