Adopting Cloud Is No Longer An Advantage, HBR Finds - InformationWeek

The analytics unit of Harvard Business Review concludes that since everybody is doing it, less advantage is found in moving to cloud.

If there was once competitive advantage in moving to the cloud, that's no longer the case. That's one of the conclusions found in a survey of 452 business and IT managers conducted by the Harvard Business Review Analytics Services.

The emergence of reliable cloud services has meant that "using cloud has enabled companies to act more quickly and to collaborate more easily. This has conferred competitive advantage on early adopters. Cloud's wider adoption, however, has set a new benchmark for business performance," the open pages of the survey's report, "Cloud: Driving A Faster, More Connected Business," concluded.

The Harvard Business Review analytics author, Angelia Herrin, continued: "The ability to adapt quickly is less of an advantage when everyone can do it; rather, not adopting cloud is becoming a competitive disadvantage." The prime benefits of cloud are impressive: 40% of respondents claim that using cloud has increased revenue, and 36% say it has increased profit margins. 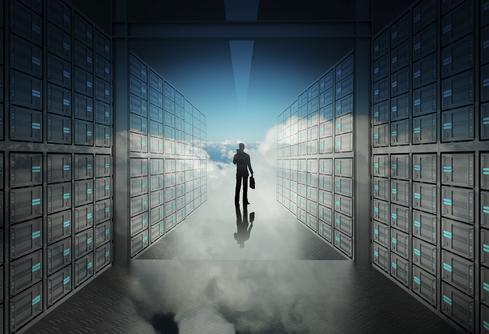 "Achieving a competitive advan­tage is no longer a given as more organizations join the club. Advantage in the future will come from how well cloud is managed and to what extent companies can use it to decrease friction in all of their business activities," Herrin concluded.

The study was sponsored by Verizon Enterprise Solutions, the telecommunications company's cloud unit.

[Want to learn more about Verizon's acquisition of AOL? See Verizon Buys AOL For $44b To Bolster Video.]

It's not enough to start taking advantage of the efficiencies of cloud computing versus building out more data center space. On the contrary, to maintain a competitive advantage, organizations need to "develop a more strategic approach to cloud adoption, management, and use," she wrote.

That's true in part because organizations have moved beyond sales force automation and other straightforward cloud tasks and deeper into their software infrastructure operations, including supply chain management. Eight-four percent of the survey respondents reported increasing their use of cloud.

As they move toward mission-critical tasks, two-thirds of the respondents said they want to stick with a well-established cloud supplier with a broad service set, as opposed to a younger company or a niche player.

To a surprising degree now, shadow IT is not a problem.

While early cloud projects were often initiated by line-of-business managers going around IT, 43% of cloud purchases are now made through central IT and another 39% made with IT. The central IT staff advises the business units and departments, checks the vendor's claims, ensures compliance and security, and then provides interconnectivity expertise.

"Survey respondents were for the most part quite positive about the benefits of partnering with IT, claiming it … increased their ability to integrate cloud services with other company systems and business processes," Herrin wrote. Fifty-seven percent of the respondents felt strongly about the need to do that, and 52% felt strongly that involving IT lowered cost and complexity, she added.

At the same, the survey showed that 65% of respondents involved their company security professionals in vetting cloud service providers, but that 35% did not. Forty-five percent have policies defining what applications may run in the cloud and 54% have guidelines for how cloud applications are contracted and approved. "This needs to change," warned Herrin.

Fewer respondents claimed significant competitive advantage from cloud adoption, compared to the previous year, 16% versus 30%, respectively. But not adopting cloud would have dire consequences, one respondent warned: "Cloud is no longer a differentiator. However, not being on it would be a significant disadvantage."

Advantage in the future will stem from effectiveness of adoption and management, the amount of collaboration realized as a result of it, and achieving speed to market.

"Success will depend on how well organizations manage not only their use of cloud but also the changes required in skills, processes, business models and relationships -- both inside and outside the traditional enterprise walls," Herrin wrote.

Charles Babcock is an editor-at-large for InformationWeek and author of Management Strategies for the Cloud Revolution, a McGraw-Hill book. He is the former editor-in-chief of Digital News, former software editor of Computerworld and former technology editor of Interactive ... View Full Bio
We welcome your comments on this topic on our social media channels, or [contact us directly] with questions about the site.
Comment  |
Email This  |
Print  |
RSS
More Insights
Webcasts
Architecting Security for the Internet of Things
The Pesky Password Problem: Policies That Help You Gain the Upper Hand on the Bad Guys
More Webcasts
White Papers
Exclusive IT Trend Report: Chatbots
Preparing to Secure the Intelligent Edge
More White Papers
Reports
2021 Top Enterprise IT Trends
Online Threats -- and What Your Org Can Do About Them
More Reports

Interesting take. And makes perfect sense, as more companies move to the cloud it will inevitably stop seeming like that it has anything new to offer. However, the key distinction lies in between the well established cloud supplier and niche player. It is the well established vendor who will have difficulties in giving a new offering or developing their software as quickly as is necessary to complement the changes in the enterprise. If there is anything new to be gained in order to prevent disruption and even stagnation for that matter, it will be from the niche player. Not all are great granted, but there are some which are really dominating their sectors.

Adopting a cloud is only the first step, and then like with all things you must learn how to keep it evolving so you can stay ahead...and that isn't something that the big names will be able to help enterprises to do. That will come from the underdogs
Reply  |  Post Message  |  Messages List  |  Start a Board

This is something like the earlier saying that the use of IT was no longer a competitive advantage -- everybody's using it. The statement is slightly misleading. It's still a competitive advantage if you use it efficiently and well. It's not if you just use it casually or like everybody else, as a sometime extension to the data center.
Reply  |  Post Message  |  Messages List  |  Start a Board
Editors' Choice
Hot Topics

Can Low Code Measure Up to Tomorrow's Programming Demands? Joao-Pierre S. Ruth, Senior Writer,  11/16/2020
White Papers
Exclusive IT Trend Report: Chatbots
The $500,000 Cost of Not Detecting Good vs. Bad Bot Behavior
The Malware Threat Landscape
How to Manage Third-Party Digital Risk
How to Measure & Reduce Cybersecurity Risk in Your Org