Cloud computing has rewritten decades of technology rules. Take a closer look at 10 innovators who helped make it possible. 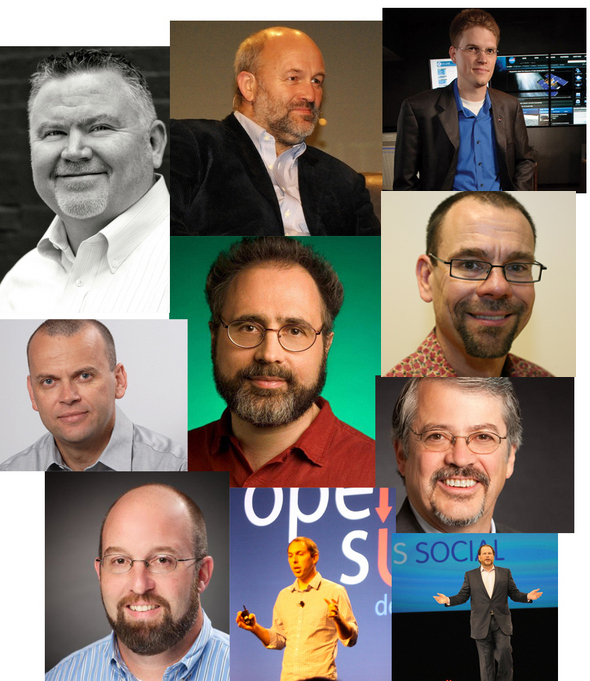 It's hard to write history when you're still in the thick of recording it. However, in cloud computing we've amassed just enough background to name some of the early pioneers who've helped establish the relatively new computing paradigm.

The list is neither exhaustive nor all inclusive. And, undoubtedly, there will be other lists, highlighting other quiet innovators whose names we're just beginning to hear, and whose accomplishments will be well-known in the coming years.

But for IT managers in the midst of considering or adopting cloud computing, this list offers a commentary on where we have so recently come from, and where we may be going in the near future.

This list necessarily ignores how even these pioneers are standing on the shoulders of giants themselves. Consider, for example, the key work accomplished on distributed systems at Sun Microsystems and the early cluster builders, who preceded Google, Facebook, Microsoft and Rackspace on the cloud front.

The cloud paradigm is less than a decade old, but from the start, there seemed to be an understanding among its diverse pioneers that a new era was dawning and it would share a set of common characteristics. Any list of cloud computing pioneers would have Amazon's Werner Vogels near the top. But the architects and hands-on implementers who made his evangelism real, like Chris Pinkham, also deserve a nod.

Even the individuals named are in the habit of saying progress in the cloud is seldom an individual effort. Usually cloud advances are established by a large group of collaborators, and more often than not they are working in full public view with an open source code project like OpenStack (or Eucalyptus or CloudStack) or the Open Compute hardware project.

But some individuals were standing there before the pattern of cloud computing emerged. They acted at a time when the notion was still under attack. In believing, they risked being branded as charlatans and producers of mere vaporware, when in fact they were forging ahead to help define a new era.

Delve into our look at 10 pioneers of the cloud computing era. The order in which they should appear will remain under heavy debate as long as the cloud history is still being written.

Comment  |
Email This  |
Print  |
RSS
More Insights
Webcasts
Detecting and Preventing Insider Data Leaks
Cybersecurity's Next Wave: What You Should Know
More Webcasts
White Papers
Why Add Security to Your Skill Set and How to Do It
Understanding Credential Abuse Attacks: A Real-World Example
More White Papers
Reports
Protection Strategies for a Cyber-Resilient Organization
Are We Cyber-Resilient? The Key Question Every Organization Must Answer
More Reports

Please update the article to 12 Pioneers, see above. Thanks
Reply  |  Post Message  |  Messages List  |  Start a Board

yep, i've sent several notes to Firefox' Suggestion Box that we need a FREEZE plug in to stop all distracting animations
Reply  |  Post Message  |  Messages List  |  Start a Board

11 Ways DevOps Is Evolving Lisa Morgan, Freelance Writer,  2/18/2021
White Papers
Why Add Security to Your Skill Set and How to Do It
How Secure Are Your Endpoints?
Enabling Enterprise Resiliency Through Cyberthreat Detection
How Hyatt Eliminated Bot Attacks Without Impacting their User Experience
Sunburst: Impact and Timeline