IBM's Safer Planet, a sub-unit of the company's Smarter Planet effort, is expanding its cloud-based offerings with the goal of making data sharing and analysis affordable and accessible to IT professionals in a wide range of public safety and emergency management agencies.

6 Ways To Get More From Data Science, IT
(Click image for larger view and slideshow.)

IBM COPLINK on Cloud takes the existing COPLINK data system, used by more than 6,000 police departments, and makes it available for a monthly subscription, paid per user/per seat. "It cuts the cost of accessibility to the system," said Steve Russo, director for Public Safety/Law Enforcement Solutions for IBM's Safer Planet, a sub-unit of the company's Smarter Planet effort.

Concurrent with this is the integration of real-time weather data for disaster planning, which IBM is offering in partnership with The Weather Company in a package called the Intelligent Operations Center (IOC). This integration should speed rapid response and scenario planning, as well as improve warning times by about a day-and-a-half for hurricanes and tropical storms. 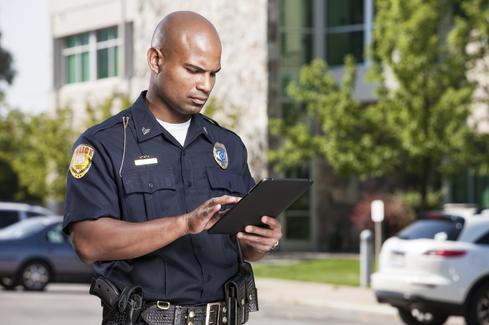 "Safety and security is a core focus. It's a need in every city," Russo said in an interview with InformationWeek. And there is an overlap, since emergency management often relies on police as first responders alongside fire departments and EMTs.

COPLINK has been around for a while, operated in cooperation with the National Law Enforcement Telecommunications System. Most of the participating agencies tend to be large and well funded, given the up-front expense of tying COPLINK into an in-house IT infrastructure.

One of the biggest obstacles that kept COPLINK from migrating to the cloud was the compliance requirements of the Criminal Justice Information System, Russo explained. Now that the compliance requirements have been mastered, COPLINK can allow smaller police departments to access the same pool of 1.1 billion documents that larger police departments access daily. Further, the meta-information contained in those documents can be searched and shared to aid investigations. "Shareable documents are just scratching the surface," Russo said.

Meanwhile, the IOC will enable state and local emergency management services to forecast likely damage should a hurricane make landfall. Knowing what the likely consequences would be can allow for local governments to deploy or pre-position disaster aid where it can best be put to use once the storm passes, Russo explained. Those forecasts could be adjusted to take into account different likely storm tracks, thus exploring the consequence of a near miss compared to a direct hit.

Pricing matrices were not available by deadline for either IOC or COPLINK for Cloud. There will be several levels of IOC service available, starting with a master command-and-control level down to a receiver-only information service on mobile devices, which could cost several hundred dollars.

I'd like to see all the drunks who migrate from state to state in order to avoid prison/suspended licenses caught red-handed.  But given law enforcement's propensity to twist citizen data for its own purposes that does not necessarily involve legitimate law enforcement activity, I don't have much hope.