Florida Crystals CIO: Cloud Is The Sweet Spot For IT Success - InformationWeek

Florida Crystals is a multibillion-dollar sugar production company with no on-premises servers. Here's why CIO Don Whittington is happy keeping it that way.

Florida Crystals, a producer of certified organic sugar, is a multibillion-dollar private company with operations in 15 countries, suppliers in many more, and customers around the world. Since 2010, the company has had no data center. According to CIO Don Whittington, the lack of a physical data center is entirely intentional.

The company, based in West Palm Beach, Fla., also operates a renewable energy facility that provides clean energy to power its sugar-producing operations, along with tens of thousands of area homes.

In an interview with InformationWeek at SAP's SapphireNow 2016 in Orlando, Fla., last week, Whittington described the "hybrid" cloud environment that Florida Crystals has built from instances on multiple cloud environments with no on-premises systems in the mix. Whittington pointed to SAP ERP software running on Virtustream, as well as SuccessFactors, Concur, and other packages running on SAP's HANA Enterprise Cloud, as evidence that servers in a Florida Crystals data center aren't necessary for his IT operation to succeed.

Florida Crystals' cloud strategy extends to its organization and staffing. "We're not in a race on the development side -- we don't have a dev shop," Whittington said. He prefers to use contract talent when development efforts are required and depend on his partnership with SAP for basic innovation.

Whittington is quick to say this doesn't mean that Florida Crystals has outsourced its IT operations. He has a staff and is in control of the IT process. Rather, it's simply that the infrastructure is implemented as a hosted, managed service. Whittington said that moving the infrastructure to the cloud had some significant implications for his IT operation and the entire organization.

First, "IT isn't aligned with the business, it's part of the business," he said. The time and effort that more traditional IT operations spend on maintaining a physical infrastructure can be spent with the business units making sure that the business and IT are tightly coupled. Next, all of that "spending" is an opex budget, which means Whittington has no capex budget issues.

Finally, Whittington said, "With software-as-a-service we don't have upgrades anymore. It's all continuous delivery." Combining these factors means that IT is able to operate much more like other business units, rather than as something unique and special within the company.

Data From The Field

One aspect of Florida Crystals' IT operation is quite special, if not unique. Because the company owns and operates sugar cane farming operations in a number of countries, "We've been getting all sorts of data from the field for years, we just didn't call it the Internet of Things," Whittington said. He pointed to years of data on factors such as rainfall, temperature, and crop yields for individual fields as the sort of information the company has collected. 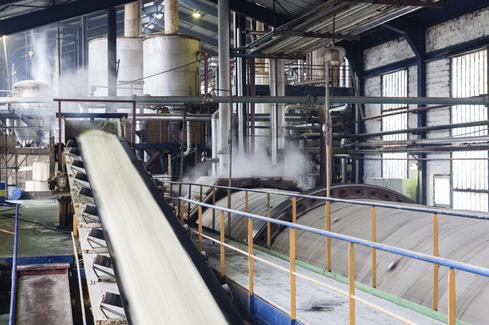 This kind of data isn't what most people think of as big data, but Whittington said that the company is now using big data techniques for deep analysis on its agricultural operations. "We're doing big data on this, but the business doesn't really like the term. They want to say that they're just analyzing the data," he said.

Better analysis is leading to partnerships with outside vendors in projects to improve agricultural operations. Whittington pointed to work the company is doing with Case tractors that could ultimately lead to autonomous vehicles in the field. With GPS systems that allow sub-inch accuracy for navigation and predictive analytics that provides guidance for the navigation and operational parameters for the farming implements, the possibility exists for enhanced yields at lower cost with less damage to the land.

A New IT Professional

Whittington wants to expose APIs that will allow more employees to analyze the data available through the cloud systems. The company has already been approached by third parties asking about monetizing the data, he said, and any moves in that direction would require more APIs and more internal analysis.

The combination of increased big data analysis and cloud infrastructure means Whittington has real staffing challenges. "It changes the IT person I'm looking for, and they're scarce," he said. And the scarcity isn't limited to the pool of potential employees. "Even trying to lease them is hard," Whittington admitted.

With all the challenges and opportunities, Whittington said he has one advantage over many CIOs: Florida Crystals is a private company and the family that owns it has long been convinced of the value IT can bring to the organization. With the support of the owners, he looks forward to leading an IT organization that can be innovative in the cloud and in IoT -- even if the company shies away from the terms.

Curtis Franklin Jr. is Senior Editor at Dark Reading. In this role he focuses on product and technology coverage for the publication. In addition he works on audio and video programming for Dark Reading and contributes to activities at Interop ITX, Black Hat, INsecurity, and ... View Full Bio
We welcome your comments on this topic on our social media channels, or [contact us directly] with questions about the site.
Comment  |
Email This  |
Print  |
RSS
More Insights
Webcasts
Protecting Your Enterprise's Intellectual Property
How Elite Analyst Teams are Transforming Security with Cyber Reconnaissance
More Webcasts
White Papers
Zero Trust Evaluation Guide
From MFA to Zero Trust
More White Papers
Reports
2021 Top Enterprise IT Trends
2020 State of Cybersecurity Operations and Incident Response
More Reports