Dell's merger with storage giant EMC is designed to create a tech behemoth that can leverage the cloud, but will its new name create confusion in the tech market?

With its massive $67 billion merger with storage giant EMC expected to close in the coming months, Dell unveiled a new name for the combined entities this week. But will the name change pose yet another challenge for Dell as it seeks to make the combined company a viable contender for the cloud?

Heading into the tech industry's largest acquisition to date, Dell faced a declining PC business as the two tech titans contended with customers migrating to subscription-based cloud operations that relied less on the company's hardware sales and storage business.

With the merger, Dell is aiming to dive deeper into the cloud, as well as expand its breath of IT products and services that encompass software-defined data centers and services that focus on the cloud infrastructure, mobility, and security. This move is expected to present its archrivals Hewlett Packard Enterprise and IBM with a stronger competitor for enterprise customers.

But will its name change add another layer of complexity in providing a cohesive brand to the combined companies? 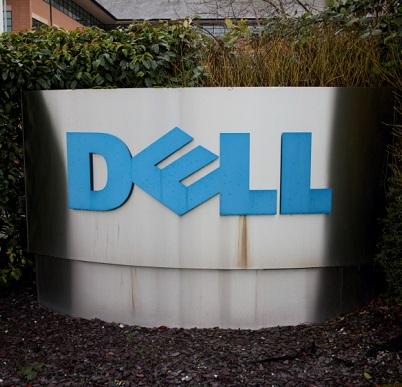 Dell is naming the combined company Dell Technologies, with its enterprise business rebranded as Dell EMC and its client solutions division as Dell.

"In general, having multiple different names associated with a company would be confusing for customers, as well as other external constituents like suppliers, securities analysts, shareholders, competitors, etc.," Emilie Feldman, assistant professor of management at the University of Pennsylvania's Wharton School, told InformationWeek in an interview. "However, in the case of Dell Technologies, I would imagine that this strategy is a good idea."

She noted that having separate names for the divisions is likely driven by two issues: First, Dell and Dell EMC provide a different set of products and services, and have a totally separate customer base. Second, both Dell and EMC operated as two free-standing companies prior to the merger announcement, so Dell Technologies is taking steps to preserve the brand equity and customer base for both pre-merger companies.

Dual-branding its enterprise business as Dell EMC is also unusual, because this strategy is generally taken when one of the companies is not known. Usually, the idea is to give that weaker brand sudden name recognition, noted a blog post in Ask Your Target Market (AYTM).

AYTM further noted, "A dual branding strategy could be considered a mistake, because research shows most consumers don't recall dual brands names. Instead, they recall the one brand name that resonates most strongly with them."

As a result, dual brand names are often used as a "transition" name until the combined company decides which brand is the stronger of the two, according to AYTM.

Dawn Kawamoto is an Associate Editor for Dark Reading, where she covers cybersecurity news and trends. She is an award-winning journalist who has written and edited technology, management, leadership, career, finance, and innovation stories for such publications as CNET's ... View Full Bio
We welcome your comments on this topic on our social media channels, or [contact us directly] with questions about the site.
Comment  |
Email This  |
Print  |
RSS
More Insights
Webcasts
Building Asset Management into Your Enterprise Security Strategy
Data Center Network Operations (NetOps) Reimagined
More Webcasts
White Papers
A New Take on Cloud Shared Responsibility
ITSM for the Enterprise - What Makes it Work?
More White Papers
Reports
Gartner Market Guide for Insider Risk Management Solutions
DNS Network Traffic Volumes During the 2020 Pandemic
More Reports