ClubCorp CIO Sees Cloud As Hole In One For Golf - InformationWeek

ClubCorp CIO Patrick Benson is finding that both infrastructure-as-a-service and software-as-a-service are important to migration. The two cloud technologies are also fundamental for future mobile applications.

You're a midsize company that's grown rapidly through acquisition. You need a way to extend new services through a mobile platform. You also have a need to protect member's personal information strictly.

ClubCorp had many reasons to consider migrating to the cloud, but those three were compelling enough.

As a company, ClubCorp owns a chain of 209 private country clubs and golf courses, and it is the operating agent for others. It also provides services to additional affiliated clubs.

CIO Patrick Benson said that as the organization grew, the number of systems it was trying to deal with proliferated. At their core was the Oracle database system, but different clubs might be using ProphetLine, Aloha, or IBS club management or point-of-sale (PoS) systems, and Benson needed to impose a more uniform environment.

For the last eight months, Benson and his IT staff have been planning the adoption of Oracle Cloud services as a way out of the mix, and three months later, the migration got underway in earnest. 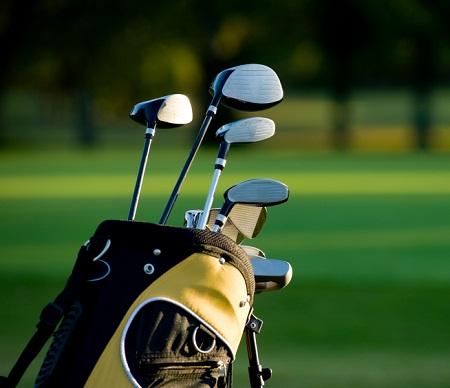 "Our portfolio had gotten a bit out of alignment with the rest of the company... It was really kind of a hefty challenge coming in," he recalled in an appearance at Oracle OpenWorld in San Francisco Sept. 19 and in a follow-up interview with InformationWeek Sept. 21.

Benson knew he had some custom code and legacy systems that he needed to make as secure and resilient as possible. He then needed to trade in multi-branded operational systems for a replacement system that could be used by all the clubs in the chain the company operated -- but did not own -- and its affiliates. Finally, he needed a safe harbor kind of infrastructure service where his systems could be run without generating SOX violations or privacy concerns.

"We needed to be able to extract information on how our core business was being conducted. We need to modernize the way we were doing business," he noted in an OpenWorld Q&A session.

He had previously supervised the migration of a 237-restaurant organization, Ovation Brands, to the use of Oracle Financials as a software-as-a-service (SaaS) between 2014 and 2015. "It worked as advertised," he summarized in an interview. He enlarged that migration plan as he settled into the ClubCorp CIO job over a year ago.

Now ClubCorp is migrating onto Oracle's Financials Cloud. Its will turn over its human resources system to the Oracle Human Capital Management Cloud on Dec. 14. Oracle Micros Simphony point-of-sale SaaS will eventually be replacing the multiple PoS systems now in use.

ClubCorp "will exit the data center business" by migrating legacy system operations into the Oracle Cloud Infrastructure-as-a-Service (IaaS), and going live in November, he said. ClubCorp's data, currently in its own hosted data center in downtown Dallas, will migrate into an Oracle Cloud data center in Chicago.

Likewise, development and test, one of the last items still located in the on-premises data center at headquarters in Dallas, will become part of Oracle's Platform-as-a-Service (PaaS) offering, also in November.

These moves amount to "de-risking the environment" -- getting mission-critical applications behind Oracle's data center security systems and identity management systems. SaaS ensures more secure updates and less risk of application failure as the system takes on new features and functions. Companies trying to customize their way to smooth operations are likely to run into trouble periodically, he warned.

[Find out how YellowDog is using multiple clouds to increase its compute power.]

"Architecture is the name of the game. Otherwise, you've painted yourself into a corner," he said in the interview.

How Mobile Fits in

Meanwhile, Benson and his IT managers are exploring how mobile applications can be built and deployed in the cloud more easily than they could on-premises.

"That's one of the areas where we see the most opportunity," he said. Basing development in a cloud with built-in mobile services will allow for more rapid experiments. If dev and test come up with a promising mobile app for club members, "we can [go] wide and deep with it," he noted. "If it fails, we can course-correct and try again."

Meanwhile, almost all systems will be protected by disaster recovery systems instead of only some of them. "Our DR will be off the scale," thanks to moving into a cloud service, he said.

There will be staff disruptions and adjustments as the changeover is made, but employees are adapting, he said. Some are moving into business analyst roles, because they know the software serving the business, and they can interpret how it can be used to business users.

Some staffers are becoming system architects to map out how cloud systems can meet future needs of the business. Some, "the doers," are turning into integrators of legacy systems with SaaS and cloud services.

By making these changes, Benson said ClubCorp will be positioned to meet the future instead of cobbling together information from dissimilar systems and trying to make things work.

Moving to the cloud in the end was about getting to the applications that could run a growing business. Under the old way, "we didn't have the horsepower," he said. 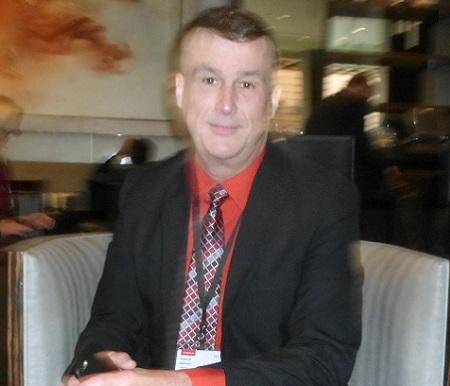 Charles Babcock is an editor-at-large for InformationWeek and author of Management Strategies for the Cloud Revolution, a McGraw-Hill book. He is the former editor-in-chief of Digital News, former software editor of Computerworld and former technology editor of Interactive ... View Full Bio
We welcome your comments on this topic on our social media channels, or [contact us directly] with questions about the site.
Comment  |
Email This  |
Print  |
RSS
More Insights
Webcasts
People Are The Most Important Part of Autonomous SOC
Nip Ransomware in the FUD: Detecting Attacks Pre-Encryption
More Webcasts
White Papers
The Psychology of Cyber: How Micro-Drilling Enhances Crisis Response
Improving Security by Moving Beyond VPN
More White Papers
Reports
Trustwave Global Security Report
Accelerate Threat Resolutions with DNS
More Reports