Square, a company that provides a system to permit local merchants to take credit card payments using smartphones and tablets, has lured Amazon Web Services VP of storage services, Alyssa Henry, away from Amazon to become its lead engineer.

Henry joined the team that created S3 less than a year after its initial launch and became its first general manager with responsibility for its operation and management of it as a product. That made her the head of a profit and loss unit and a head of engineering for a major product inside Amazon. 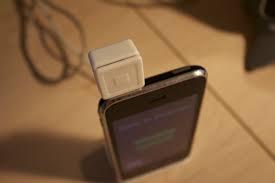 That move followed a series of posts, combined with rapid moves up the corporate software development ladder, at Amazon and before that, Microsoft, according to her posted job history at LinkedIn.com.

Henry will lead the engineering team for Square's infrastructure and payments platform, which processes tens of billions of dollars in payments a year.

"Making technology simple is a fun challenge because it requires tackling massive complexity," Henry said in a statement from Square. "I've spent the last 7 years building simple, reliable, and cost-effective services that help entrepreneurs scale their business. Local sellers deserve access to the same tools and opportunities to grow," she said. Square also helps local merchants of artisan goods set up an online storefront on its platform and using its retailing systems.

Prior to AWS, Alyssa was Amazon.com's director of software development for ordering. She had responsibility for ordering workflow software and databases, which reflected 12 years of experience at Microsoft working on databases, data access, and internal customer relationship management software in a variety of roles.

According to LinkedIn, Henry didn't start out as a developer for online services but quickly made a move in that direction. She started as a Cobol developer for Safeco Insurance, but promptly taught herself Microsoft C++, then was tapped to build the client interface for Safeco services.

She is the latest in a series of high profile hires from Silicon Valley companies that the San Francisco-based Square has been making to better position itself as a market leader. They include: Francoise Brougher as a business lead from Google and Gokul Rajaram as a product lead from Facebook. Chief Financial Officer Sarah Friar came from Salesforce. Jesse Dorogusker, hardware lead, came from Apple; Ricardo Reyes, brand lead, came from Tesla. In addition, General Counsel Dana Wagner was hired from Google.