Internap Network Services moved into the public cloud realm in November with its AgileCloud, and it is now offering compute and storage services from its data centers located in key worldwide communications hubs.

Internap is known as large supplier of hosting services from its datacenters; it is responsible for the infrastructure, and its customers supply an application to run on it. Its services include both virtual servers and bare-metal servers dedicated to a single customer. It's been edging up to cloud services since it bought Voxel, with its automated management software, in late 2011.

On Nov. 21, it announced it now offers "hybridized cloud services." In its lexicon, this means it is offering customer self-service for infrastructure-as-a-service that could include multitenant hosts or bare-metal servers. Either option could be activated by customers through the OpenStack set of cloud APIs. If a customer uses Internap to build out a private cloud on bare-metal servers, it could operate with multitenant servers in a hybrid fashion. "Hybrid cloud" usually means a public cloud service working with a private cloud, often built in an enterprise datacenter.

One of the most interesting features of Internap's service is Internap AgileCloud storage, a block-storage service like Amazon Web Service's Elastic Block Store (EBS). It is targeted at enterprises that make heavy use of block storage and are looking for an alternative to their on-premises equipment.

In addition to being based on OpenStack, Internap's service has other differences from Amazon's. It's based on high-speed, solid-state disks and comes with quality-of-service guarantees. Also, Internap AgileCloud storage is still only a beta service, unlike Amazon's heavily tested, fully productized EBS. 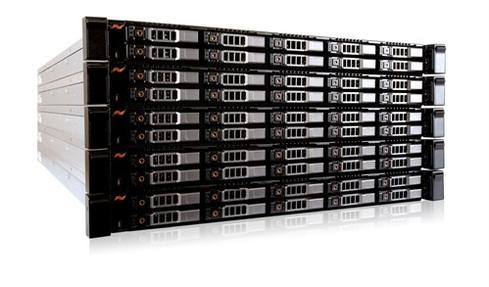 Solid-state storage is a relative newcomer to cloud computing because cloud architectures have been designed around the most reliable and least-expensive components. But it's more often finding its way into enterprise datacenters, and DigitalOcean and other services using solid-state storage say it has become more reliable. They also say failures of single components can be managed by a software system in the same way other hardware failures are handled in cloud operations, according to CEO Ben Uretsky.

"AgileCloud is now 100% OpenStack 'under the hood,' which provides an open, interoperable framework that helps us deliver a dramatically more scalable platform," said Raj Dutt, Internap senior VP of technology. The solid-state offering will increase Internap's competitiveness in the market, as will other specialized features, such as bare-metal servers, static IP addresses, and Layer 2 VLANS.

The crucible of cloud, big data and distributed computing is hell on systems. Will application performance management cool down complexity — or just add fuel to the fire? Also in the new, all-digital APM Under Fire special issue of InformationWeek:Cloud industry heavyweights discuss the pros and cons of OpenStack support for Amazon APIs. (Free registration required.)

We welcome your comments on this topic on our social media channels, or [contact us directly] with questions about the site.
Comment  |
Email This  |
Print  |
RSS
More Insights
Webcasts
Take DevOps to the Next Level
Managing a Hybrid Cloud Infrastructure
More Webcasts
White Papers
2020 SANS Enterprise Cloud Incident Response Survey
The Top 5 Mistakes Everyone is Making in Vulnerability Remediation
More White Papers
Reports
Dark Reading Report: Battle for the Endpoint
The State of Cloud Computing - Fall 2020
More Reports

Charlie, how does the cost for this storage from Internap compare with buying Amazon EBS? Assuming it's more expensive, do you think SSD will deliver a performance improvement that makes it worthwhile?
Reply  |  Post Message  |  Messages List  |  Start a Board
Editors' Choice
Hot Topics