Business customers in Europe and Asia are being offered a new option for storing cloud-based data in a specific region.

On Tuesday, IBM and Box announced a plan to offer cloud storage customers in Europe and Asia the ability to store data in local data centers, just in time for the European Parliament's expected adoption of the EU's General Data Protection Regulation (GDPR) later this week. 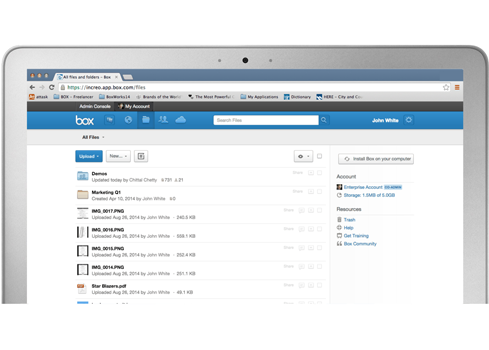 Since Edward Snowden's 2013 revelations about the reach of the National Security Agency and allied intelligence organizations, many businesses in Europe and Asia have looked into local storage options, and cloud computing companies have worked to make them a reality.

The GDPR, introduced in 2012, prior to Snowden's documents, took shape as governments, businesses, and citizens struggled to hammer out data protection and privacy rules for an Internet that was far less secure than most people realized. It represents Europe's attempt to harmonize data rules across its member states and to lower the cost of compliance.

The related EU-US Privacy Shield agreement, reached in February, replaces the Safe Harbor agreement between the US and Europe as a framework designed to ensure that European data transferred to the US gets handled in accordance with EU regulations.

Box and IBM have also been developing apps together. Last week, IBM introduced a version of the IBM MobileFirst for iOS Expert Seller app powered by the Box Platform. Expert Seller offers product and service information to corporate sales forces through iPhones and iPads -- information shared and managed via Box's content management platform.

Thomas Claburn has been writing about business and technology since 1996, for publications such as New Architect, PC Computing, InformationWeek, Salon, Wired, and Ziff Davis Smart Business. Before that, he worked in film and television, having earned a not particularly useful ... View Full Bio
We welcome your comments on this topic on our social media channels, or [contact us directly] with questions about the site.
Comment  |
Email This  |
Print  |
RSS
More Insights
Webcasts
Keys to Better Cyber Risk Assessment
Take DevOps to the Next Level
More Webcasts
White Papers
CPRA: The Simple Guide
Annual Cybercrime Report
More White Papers
Reports
We Need Your Input: Trends in Workforce Optimization
Intelligent Outcomes Are Key to Business Resilience
More Reports