At Dropbox Open London, the company showed off Project Infinite, which has been in limited tests. The feature gives users desktop access to terabytes of data, even from devices with a thumb drive's worth of storage.

At Dropbox Open London on April 26, the cloud-collaboration company publically introduced Project Infinite, a feature it has been testing out with select customers. The new offering provides access to all of an enterprise's files, from any desktop, regardless of its hard drive size.

Dropbox is touting it as ultimate access meets ultimate convenience.

"Project Infinite works everywhere. It's cross-platform and backward-compatible, just like Dropbox," the company says in demo video shared by The Verge. 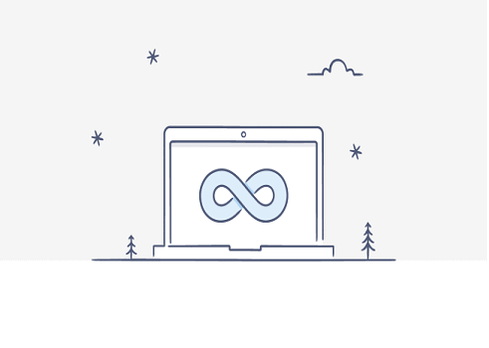 When a user views his or her documents, files synched locally will feature the green checkmark familiar to Dropbox users. Everything else will have a small cloud icon beside it -- it's visible on the desktop but taking up no local space.

To open a file, just click and it syncs in seconds. Know you're headed for a WiFi dead zone? You can right-click a document and choose Save Local Copy.

The demo video shows a user with access to 10TB of company data, with a local footprint of 28MB.

"One of the things we've heard from very small to very large customers is that they want to move more of their company content, the files that matter to the organization, into Dropbox," Dropbox Pro head of product Robert Baesman told The Australian.

The feature is similar to the "placeholder files" capability Microsoft offered early on with OneDrive, but then eliminated in a Windows 10 update.

Even more than convenience, security remains the ultimate ongoing challenge for cloud-storage solutions.

In 2012, Dropbox launched two-factor authentication (2FA), and as of this February, 1.5 million Dropbox users — or, 1% of all Dropbox users — were taking this extra step.

"We are committed to raising the percentage of 2FA enrolled users," the company wrote in a Feb. 11 blog post. It also recommended deploying single sign-on (SSO) based on the Security Assertion Markup Language (SAML) standard and choosing strong, unique passwords. The user's password -- not Dropbox infrastructure or applications -- is the most common first point of attack, it added.

A breakout session, scheduled for later in the day at Dropbox Open London, will focus on security, and explore "how the cloud platform approach keeps businesses protected [while] giving them the flexibility they need to thrive," said an agenda.

[Editor's note: This article has been updated to reflect Dropbox's original launch time for two-factor authentication, and the current plans for it.]

Michelle Maisto is a writer, a reader, a plotter, a cook, and a thinker whose career has revolved around food and technology. She has been, among other things, the editor-in-chief of Mobile Enterprise Magazine, a reporter on consumer mobile products and wireless networks for ... View Full Bio
We welcome your comments on this topic on our social media channels, or [contact us directly] with questions about the site.
Comment  |
Email This  |
Print  |
RSS
More Insights
Webcasts
Zero Trust for a Work-From Home World
Detecting and Preventing Insider Data Leaks
More Webcasts
White Papers
Why Add Security to Your Skill Set and How to Do It
Protection Strategies for a Cyber-Resilient Organization
More White Papers
Reports
Key Strategies for Managing New Risks in Cybersecurity
Intelligent Outcomes Are Key to Business Resilience
More Reports

I agree, it's a smart move - especially considering Microsoft took the ill advised step to remove the feature from its own cloud storage offering. Now those who miss that feature will likely jump ship, netting Dropbox a larger share of the cloud storage pie.
Reply  |  Post Message  |  Messages List  |  Start a Board

I would view this as a clever and significant expansion of what DropBox can already do. Instead of being a focused on file storage and delivery, it's become a file display site, managing the downloads to display parts of large files that are too large for today's new, reduced memory PCs or older, limited memory PCs. The product manager in this blog makes it sound like Infinite is aimed more at Dropbox Business users, not individual users. https://www.dropbox.com/sh/w1ik8s961xqll72/AAC78bRfPQm1qirxeL3Kkr5ua/~Dropbox%20Open%20Blog%20Posts/2016_Dropbox_Project_Infinite_Embargo.pdf?dl=0
Reply  |  Post Message  |  Messages List  |  Start a Board

This is a curious offering. It's easy to see the value in providing such access to company files. It gives access to files you might otherwise view through a remote connection to your office desktop. I want to know more about the security implications for that kind of access.
Reply  |  Post Message  |  Messages List  |  Start a Board
Editors' Choice
Hot Topics