Forrester Research's Michael Facemire, principal analyst for application development, says that the launch of Dropbox's API is a move to compete with rival service Box, which is expected to make its own security announcement next week.

"Dropbox knows that it has a lot of partners that can provide services, so it's giving you APIs and programmatic access inside those things," Facemire said. "Instead of building an identity management platform, just call a set of APIs from Dropbox to do it for you. This puts Dropbox at the center of many workflows."

The Dropbox for Business API launched with more than 20 enterprise integrations, many of which focus on data protection and security.

Business admins can oversee employee activity and manage sensitive data with integrations from Splunk, Domo, and General Audit Tool, for example. It also partnered with Dell Data Protection for encryption and decryption capabilities, as well as Microsoft Azure AD for identity management and single sign-on. 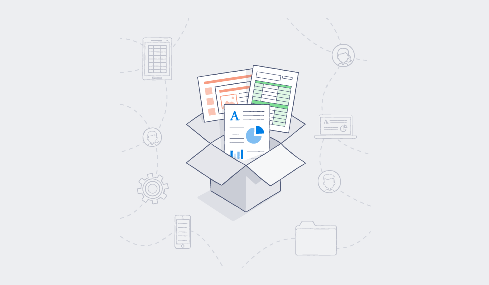 "This gives IT groups a higher level of oversight," Facemire said in an interview with InformationWeek. "If you want to create a dashboard to see which users are using which documents the most, or which ones are the most active in the system, it's just a few API calls away," he said.

Although Dropbox is popular among millions of consumers, the company is looking to gain a foothold in the enterprise space. Dropbox for Business has hit the 100,000 company mark, it said, with customers that include large organizations such as Hyatt, News Corp, and MIT. But overcoming its perception as a consumer-only company is still a challenge, Facemire said.

"It's about proving your enterprise readiness, proving that you have a secure cloud and data center for your documents because docs are the lifeblood of many companies out there," he said.

The news follows Dropbox's partnership last month with Microsoft to add direct Dropbox connectivity to the mobile edition of Office 365, yet another move to appeal to businesses.

"It's another volley in the continual battle for supremacy in docs in the enterprise," Facemire said. "It also shows how important this battle is."

Kristin Burnham currently serves as InformationWeek.com's Senior Editor, covering social media, social business, IT leadership and IT careers. Prior to joining InformationWeek in July 2013, she served in a number of roles at CIO magazine and CIO.com, most recently as senior ... View Full Bio
We welcome your comments on this topic on our social media channels, or [contact us directly] with questions about the site.
Comment  |
Email This  |
Print  |
RSS
More Insights
Webcasts
What We Can Learn from Sports Analytics
The Failures of Static DLP and How to Protect Against Tomorrow's Email Breaches
More Webcasts
White Papers
Improving Your Enterprise's Protection With Cyber Resilience
Five Reasons to Protect your VPN with Multi-Factor Authentication
More White Papers
Reports
2020 State of Cybersecurity Operations and Incident Response
2020 State of DevOps Report
More Reports

@danielcawrey: now all these three brands especially dropbox is now conscious about the fact that they are market leaders and now they will have to fight with each other to gain maximum market share. If they will remain committed to their product, I don't think there would be any chance in near future for a new company to make its place in the top 3.
Reply  |  Post Message  |  Messages List  |  Start a Board

With Dropbox, Box and Google Drive – just to name a few – there is a ton of competition in the cloud storage space. I expect to see these three to always be in a race to launch new products and offer integrations to make this type of storage as good as native plus with the ubiquity the cloud can provide users.
Reply  |  Post Message  |  Messages List  |  Start a Board

@Li    I agree.   It seems that Dropbox was caught by surprise as to the popularity their product might bring - now they have to seriously consider the ramifications of their success.  As you mention, if they want to be taken seriously within the enterprise - they need a complete ecosystem solution.
Reply  |  Post Message  |  Messages List  |  Start a Board


I am really happy to learn Dropbox is getting serious about enterprise use.  I have seen dropbox used without any regard to security, so these API's will go along way towards that end.

The successful internet or cloud computing company cannot just sale product or serivce. They need to build a closed-loop ecosystem and form the platform on which different parties can get what they need: end-user, developer, service provider, etc. Providing API to developer is just the first step.
Reply  |  Post Message  |  Messages List  |  Start a Board
Editors' Choice
Hot Topics