Connected storage may mean the end to backup and recovery as enterprise systems follow the pattern consumers established with Box and Dropbox.

Everything is connecting. Cheap, portable computing combined with the sprawling reach of the Internet is breathing new life into even the most mundane artifacts. Look at Nest, which transformed the thermostat into a home automation hub by linking sensors inside the home to weather stations on the Internet.

The file system is also undergoing its most radical transformation in decades. Unencumbered by strict security policies or legacy systems, consumers are leading the transformation. Millions of people already depend on products like Box and Dropbox to store, share, and synchronize data across a profusion of personal devices. But the potential improvements in productivity are too meaningful for the enterprise to ignore. The transformation in personal file systems foretells an era when all storage in a datacenter becomes connected

The file system, once seen as a staid and boring technology, has been completely transformed by the advent of computing mobility. Laptops made it possible for people to take their work on the road… and lose it. The first attempt to protect data on-the-go was a modification of backup, a tried and true IT function. Online backup services offered consumers the benefits of a professionally run datacenter. Data had begun a journey from local, hardware-bound file systems to the cloud.

File services like Dropbox keep files synchronized between a laptop at home and a work desktop computer or among multiple devices belonging to different users. This synchronization is accomplished through replication, so that files end up being stored locally for all users, which ensures quick access to and offline use of the files. When Dropbox launched its service, there were several flailing file sync-and-share products that would copy files from one computer to another. Performance was terrible. But because Dropbox stored a complete, authoritative copy of every piece of customer data in its service, it became both a central repository and the default backup system for each customer's data. It's a hub-and-spoke model, with each device acting as a new spoke, a point of access to the authoritative file system hosted in the cloud. That system provided protection, synchronization, and performance -- a perfect combination that set Dropbox on a path of almost unimaginable growth.

[Guess who else is trying to get a piece of the action. Read Microsoft OneDrive: Cloud Storage Freebies.]

The cloud provides a scalable backbone for replication services at a cost that is unlike anything we have ever seen in storage. Cloud capabilities have the potential to enter every storage system in the datacenter. Look around your datacenter. There are file systems everywhere. What if your team no longer had to back them up? What if large amounts of data could be replicated across any number of locations with ease? The users in those locations would always be accessing local storage, but the changes would be synchronized against an encrypted, highly available, and scalable cloud file system. Datacenter managers who think of the cloud as online backup only are scratching the surface of what is already possible. 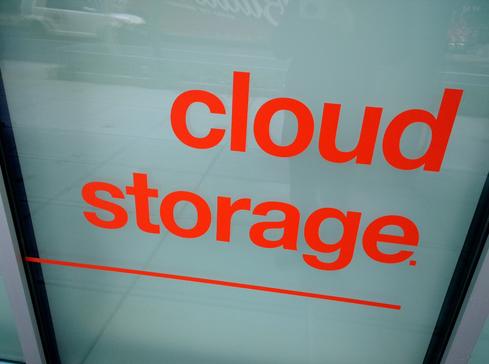 Today, there is no need for backup. There is no need to have multiple massive datacenters or MPLS circuits to move data around the globe. Connected storage in the datacenter is just as much about an increase in the functionality of storage as it is about savings and the streamlining of IT operations.

Dropbox's valuation is already estimated at $10 billion or 20% that of EMC, the largest storage company in the world. Box recently filed for an IPO estimated to be in the neighborhood of $2 billion. Both of these data points are strong indications of the direction the storage market is heading. But they're still essentially personal productivity tools and, as such, lack the security, performance, and scale needed to power datacenter storage infrastructure. Their impact on the datacenter is likely to be moderate.

However, IT organizations, like consumers, have a desire to simplify storage, because storage is one of the biggest cost drivers in any datacenter. A rapid shift toward cloud-centric services is forcing storage vendors to rethink what they produce. Their role is evolving from selling storage gear to providing a storage service through a broad range of cloud-connected storage devices.

Services like Apple's iCloud and DropBox have helped lower the threshold for consumers who see the logic for connected storage, but have had a hard time learnng to managing it. It still requires thought and discipline, but it sure beats the old days when emailing documents to yourself seemed the only surefire way to access them from different devices.

In an earlier era, it woujld have been referred to somewhat disparagingly as a blob. Moving mixed, data around as a single file. But consumers wanted to do it to create a device independent copy of their smartphone, laptop and tablet data. And it works for sharing data across several devices and with co-workers. Snapshotting techniques began to make it easy to update and synch such data. Storage managers are learning new tricks.
Reply  |  Post Message  |  Messages List  |  Start a Board
InformationWeek Is Getting an Upgrade!