The race to provide free unlimited cloud storage can't end well, not for the vendors -- or the customers who believe they have finally found a free lunch.

Cloud storage might look like a cheap and easy way to store your files, but don't be fooled.

In late October, Microsoft began rolling out unlimited storage on OneDrive for its Office 365 customers. It's a move designed to make Microsoft more competitive against Google Apps for Work, which threatens Microsoft's Office business.

All-you-can-use storage seems like the ultimate bargain. The customer gains ever-increasing cloud capacity at a decreasing cost. The media lauded the decision, calling it a competitive move for Microsoft in what looks like the cloud's "race to zero" -- seemingly unlimited storage for non-paying customers. But, upon closer inspection, it's not as cut-and-dried as you might think. The indirect, unseen costs of the cloud make it far more expensive than companies admit, and that should be a cause for concern.

Managing checks and balances
The cloud cannot be truly "free" because it costs so much for the vendors to offer this service. While consumers see a vast landscape of endless cloud storage, the physical manifestation of the cloud is expensive. Amazon, Dropbox, and others are pouring big money into back-end infrastructure; they're constructing data centers around the world to sustain their cloud services.

[Is Amazon kidding itself? Read Amazon Says Expansion Worth Price.]

Costs are up and subscription prices are down, so where does Microsoft make up the revenue? Although Microsoft's OneDrive ploy seems pretty explicit in piggybacking on the paid subscriptions for Microsoft Office 365, other companies are establishing revenue through more indirect channels such as advertising, or placing a bet that aggregate customer usage is eventually profitable.

When cloud companies bleed cash just to accommodate the demand for their services, those price reductions (and lack of compensation in other revenue areas) start to look pretty scary. Razor-thin revenue margins don't enhance long-term viability. And you want your data to be viable long-term. 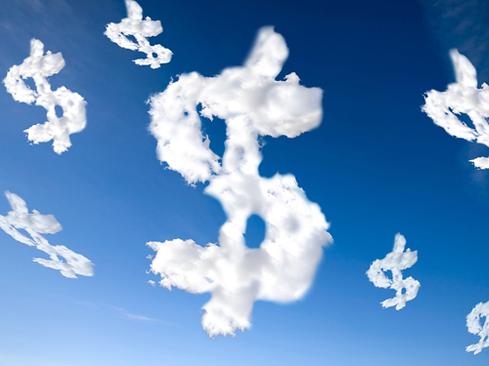 Take a look at Amazon Web Services, which announced its 45th price reduction in six years in August. The company doesn't separate AWS's revenue, conveniently hiding it in its "Other" revenue report (which includes co-branded credit cards and advertising), but it still isn't very reassuring. According to VentureBeat, the growth in Amazon's Other revenue category has significantly slowed, with it growing 39.58% in the third quarter based on $1.34 billion in revenue -- a stark contrast to the 80% rate it saw in 2011.

That's the state of the biggest cloud company in business right now. Others are still jockeying to keep up with Amazon's sheer size and ability to cut costs.

Sustainability in jeopardy
To make a long story short, the cloud storage market is volatile. Cloud companies are sacrificing their revenue to keep up with the cloud affordability arms race, and the collateral damage could be your data. Companies could get acquired or simply fade into the ether, leaving loyal customers short-changed or empty-handed.

For example, look what happened to Bitcasa. Back in 2011, Bitcasa was launched on its reputation of providing unlimited access to the cloud. You could store whatever you want, pay a criminally low flat rate of $10 a month, and take advantage of throwing whatever you wanted into the cloud. Many users loved it.

Then, last year, the gravy train stopped flowing as the company decided to increase the rate of its services ten-fold: New users now pay $1,000 for the privilege of unlimited online storage. Although the company reassured existing users (2% of which store more than 5 terabytes of data in the cloud) that they would be grandfathered into the revised plan without the cost increase, its extreme price increase shows just how difficult it can be for small companies to manage costs in the cloud.

Let's say that at some point a cloud company's pricing model becomes unstable enough to require acquisition or closure. Imagine having to pull down terabytes of data from the cloud under a time limit, or risk losing it all, while other customers are doing the same.

There are valuable cloud solutions that affect our lives daily, but don't be fooled into thinking that free is free. Everything comes at a cost, so choose your price wisely.

Erik joined BitTorrent, Inc. from Greylock Partners, prior to which he spent three years with Drobo. He graduated with a BS in Business Administration from the University of San Francisco, where for four years he was a member of its Division I Golf Team. View Full Bio
We welcome your comments on this topic on our social media channels, or [contact us directly] with questions about the site.
Comment  |
Email This  |
Print  |
RSS
More Insights
Webcasts
Data Protection 101 - 12/10 @ 11am EST
Defense and Response Against Insider Threats & User Errors
More Webcasts
White Papers
Exclusive IT Trend Report: Chatbots
How to Manage Third-Party Digital Risk
More White Papers
Reports
Top 10 Security Technology Trends to Watch, 2020
How IT Security Organizations are Attacking the Cybersecurity Problem
More Reports

My cloud provider is pretty affordable, but it still costs a reasonable amount per year. If they suddenly started offering a free service, I'd be very wary about what information about me was being sold in order to make that possible.

Selling my actions, a la Facebook, is one thing, but when a company has access to my data, including lots of personal information and media, I would be very worried.
Reply  |  Post Message  |  Messages List  |  Start a Board

The chances of Google Drive or OneDrive sending out an email, informing their customers that the service will not be available in a few weeks and it's recommended that users download their valuables is less.

Medium-size provider that offer SDS services might be at a higher risk of disappears, but the business would be safe if it had a good SLA in place, in the event that the provider is closing shop.

The doomsday is for customers that have their data with providers with weak SLAs -- data could disappear without an email/notification.
Reply  |  Post Message  |  Messages List  |  Start a Board
Editors' Choice
Hot Topics