AWS already has five times the compute capacity of 14 competitors combined, but it's still expanding fast. See what else we learned at Re:Invent this week.

Amazon Web Services's third annual Re:Invent conference, where developers and customers gather to hear the latest AWS service roadmap, concludes Friday in Las Vegas. During the event, 13,500 participants rub shoulders, listen to executive speeches, and chatter about Amazon, its competitors, and its customers' latest moves into the cloud.

The event often produces novel insights, not all of them intended by AWS. Here's 10 things I learned this week at Re:Invent.

1. Amazon Web Services has been considered a loss leader inside Amazon.com for years, with Amazon.com online retail the big dog and money-maker. But Andy Jassy, senior VP, said during a keynote Wednesday that Amazon believes that one day AWS revenues will exceed those of retail -- the tail wagging the dog. Amazon's online retail is currently a $70 billion business; cloud, about $4 billion. To a follow-up question from the press, he added, "I have no idea what timeframe" cloud services will overtake retail.

2. Parent company Amazon.com is having trouble reporting a profit. It's posted a string of losing quarters, the latest of which left Wall Street analysts dismayed and rushing to downgrade its stock. Amazon could make more money than it does on cloud services. One reason it doesn't is its Trusted Advisor, an automated review of customer account configurations followed by suggestions on how the customer can save money. Trusted Advisor came out of beta 18 months ago and has issued 2,613,585 recommendations, with customers following its guidance saving $350 million on their monthly bills.

4. Amazon has passed the 1 million mark for active accounts, defined as a customer who uses AWS resources at least once a month.

5. Some ISVs and private companies with software they believe others will pay to use have put 1,900 products on the Amazon Marketplace. Is anyone paying attention? In October, use of those products amounted to 70 million hours of compute time. 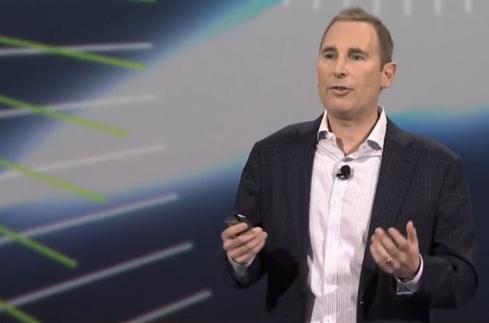 6. Since its launch in 2006, AWS officials have touted the concept of multi-tenant public cloud over the notion of enterprises building out private clouds in their large data centers. At moments, Amazon has seemed to back off those statements, but in his Re:Invent keynote Wednesday, Jassy asserted that, unlike the rapidly augmented EC2 environment, private data centers represented "expensive, inflexible, slow-moving infrastructure frozen in time."

7. Even customers who love Amazon sometimes use... IBM SoftLayer? DataXu is a modern ad placement service that constantly assesses potential ad locations for its clients and bids to place their ads at what it deems the best price. Co-founder and CTO Bill Simmons says his firm relies on EC2 for development and test servers, and he loves having the ability to spin up a server cluster that can do the complex regression testing that ensures his new software works with all the other moving parts. But when it comes to placing ads, DataXu's bid engine sits inside SoftLayer. Why is that? Because SoftLayer still offers bare-metal servers with private connections to the outside world with guaranteed performance.

8. Amazon still loves startups, but there's a tension over where Amazon should invest to develop future services. Its commodity services proved to be an early platform for startups seeking to do product development and marketing without building a data center, and startups remain a substantial part of its customer base. "Enterprises spend more total dollars than startups, due to the nature of their business," said Jassy. Look for more enterprise-oriented services emanating from AWS.

9. One such service is the Aurora relational database system, redesigned from the ground up to take advantage of the software resiliency and data replication that are embedded in cloud operations. Phil Sant, founder and chief engineer of Omnifone, a business-to-business music service, says his firm uses Oracle and SQL Server database systems but will certainly consider Aurora as it comes out of technology preview. His firm has been through an Oracle audit, he said with a faint smile, while Amazon "already knows what I'm using and sends me a bill for it." The main thing he thinks of in terms of his relationship with Amazon is how it cut his S3 storage bill in half one month.

10. Noah Auerhahn, founder of Extrabux, a coupon-issuing service, and general manager of the Extrabux division after its acquisition by Ebates.com, summed up this year's set of announcements at Re:Invent with brutal clarity over breakfast Thursday. AWS is bringing out DevOps tools, such as CodeDeploy and CodeCommit, that can sub for painstakingly established procedures in the data center. Its Aurora database service will contend with proprietary systems for data management jobs, while load balancing is an available service, and Linux container management is just around the corner. Amazon regularly makes it easier to develop and deploy in the cloud, he observed. That means as you move more of your IT function into the cloud, "you can lay off another operations person about every 18 months."

11. Bonus point: Amazon has been adept at getting certified by various agencies for compliant operations, including the payment card industry (PCI) standard for credit card transactions, HIPAA for handling healthcare data, and FedRAMP for federal-agency data processing. Service providers in the managed hosting space, such as Rackspace, the Savvis unit of CenturyLink, and Verizon's Terremark, have obtained such standards also. Amazon's latest certification is ISO 9001, used by aerospace, medical devices, life sciences, and automotive industries for quality control over systems. No other cloud provider has it, Amazon officials said.

Charles Babcock is an editor-at-large for InformationWeek and author of Management Strategies for the Cloud Revolution, a McGraw-Hill book. He is the former editor-in-chief of Digital News, former software editor of Computerworld and former technology editor of Interactive ... View Full Bio
We welcome your comments on this topic on our social media channels, or [contact us directly] with questions about the site.
Comment  |
Email This  |
Print  |
RSS
More Insights
Webcasts
What We Can Learn from Sports Analytics
The Failures of Static DLP and How to Protect Against Tomorrow's Email Breaches
More Webcasts
White Papers
A Practical Guide to SASE Migration
Top Threats to Cloud Computing: The Egregious 11
More White Papers
Reports
Special Report: Understanding Your Cyber Attackers
2020 State of Cybersecurity Operations and Incident Response
More Reports

It's been reported in the business press that it costs $1 billion to build a cloud data center. Yet Amazon plans to build in effect two data centers in every major country in the world, its exectives said as they cited its global presence. Andy Jassy was asked how can AWS afford to do that if parent Amazon.com still isn't making any money? Jassy responded that "the $1 billion figure was wrong" and it costs much less than that to establish an AWS cloud center. He didn't comment further but there are hyper-scale data centers like Microsoft's in Chicago and Facebook's in Prineville and then there are much smaller facilities.
Reply  |  Post Message  |  Messages List  |  Start a Board
Editors' Choice
Hot Topics