Fortran: 7 Reasons Why It's Not Dead
(Click image for larger view and slideshow.)

Cisco plans to acquire MaintenanceNet, a maker of sales automation software, for $139 million in cash and retention-based incentives. The deal, Cisco's sixth acquisition this year, was announced on Tuesday.

MaintenanceNet, a privately held company, provides a cloud-based software platform that uses data analytics and automation to manage renewals of recurring customer contracts that may be stored in separate spaces.

MaintenanceNet is best known for its cloud-based contract management platform ServiceExchange, which captures fragmented warranty and service contract data. The platform helps sales and marketing teams to spot sales opportunities by examining all of a prospect's existing contracts.

Cisco has worked with MaintenanceNet since 2009, basically reselling ServiceExchange to its distribution and reseller partners.

Debbie Dunham, Cisco's senior vice president for Global Services, announced the plan in a blog post. She wrote: "As more of the business models in IT shift to a recurring revenue model for products, software, solutions and services, the ability to easily implement, track, manage and renew contracts is critical to maximizing revenue potential. These transitions create opportunities and change for our customers, our partners, and for Cisco." 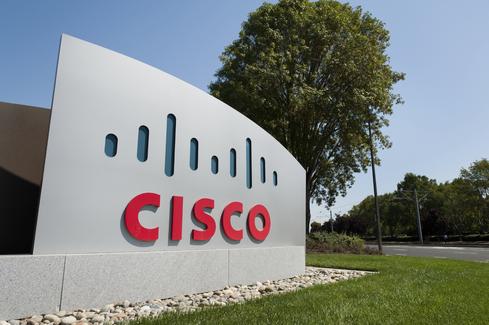 Scott Herron, MaintenanceNet's CEO, said in a blog post that the company will remain in its current location. He also wrote: "With Cisco's investment in our future, we gain the capability to scale more rapidly, to serve you more comprehensively and to advance our team and our technology to meet your needs — with greater resources behind us."

In other words, they've got some money to play with now.

Cisco's outgoing CEO John Chambers seems to have a buying spree going here. Cisco bought OpenDNS, a form known for its security technology, last week for $635 million. It also bought Piston Cloud in June, which has OpenCloud technology expertise. In May it acquired Tropo, which has a cloud application programming interface platform. All in all, it has bought six companies this year.

These kinds of acquisitions exhibit a pattern for Cisco, showing how it aims to move into the recurring revenue model and away from being only an application provider. These buys give Cisco technology it can embed in its own products.

Cisco isn't alone in this strategy. Oracle, as an example, is trying it too.

Chuck Robbins, who takes the Cisco CEO position later this month, faces a full plate of acquisitions he has to integrate. It's easy to go out in a blaze of buying and acquiring, as Chambers seems to be doing, but much harder to make it all work together.

Larry Loeb has written for many of the last century's major "dead tree" computer magazines, having been, among other things, a consulting editor for BYTE magazine and senior editor for the launch of WebWeek. He has written a book on the Secure Electronic Transaction Internet ... View Full Bio
We welcome your comments on this topic on our social media channels, or [contact us directly] with questions about the site.
Comment  |
Email This  |
Print  |
RSS
More Insights
Webcasts
Making XDR Work in Your Enterprise - May 12
How the Rapid Shift to Remote Work Impacted IT Complexity and Post-Pandemic Security Priorities
More Webcasts
White Papers
New Cybersecurity Paradigm
Top 5 Tips for Enterprises Choosing a Firewall
More White Papers
Reports
2021 Application Security Statistics Report Vol.1
The State of Endpoint Security
More Reports