In a new ruling, Chicago is planning to tax cloud-computing services such as Netflix and Apple's new music service. CIOs should pay attention.

10 Online Cloud Computing Courses To Get Ahead
(Click image for larger view and slideshow.)

The Windy City is looking to fill its tax coffers with cloud computing.

Chicago has ruled that its local amusement tax will be extended to cloud-based delivered content effective as of the first of this month. This means that entertainment services like Netflix or the new Apple Music Service can be taxed when delivered to Chicago residents.

The Chicago Tribune reported that the tax will bring in $12 million in its first year.

CIOs will want to watch this development since the new rules were broad enough so that they apply to the general delivery of cloud services.

The ruling invokes the broader nonpossessory computer lease tax which covers the use of leased computer services.

In the new ruling, city officials specifically identify taxable leases of personal property to include "functions such as word processing, calculations, data processing, tax preparation, spreadsheet preparation, presentations and other applications available to a customer through access to a provider's computer and its software. These last examples are sometimes referred to as cloud computing, cloud services, hosted environment, software as a service, platform as a service, or infrastructure as a service."

Well, wow. This is more than amusement. It's a land grab on the electronic frontier. 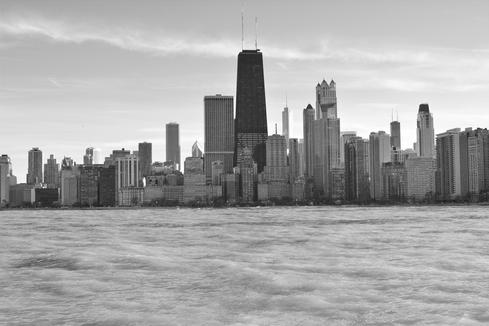 I spoke to Michael Wynne, a partner in the ReedSmith law firm in Chicago, who has already written about this ruling in his blog. He has extensive tax litigation experience in the state and city arenas.

Wynne noted there has only been one case tried on the lease tax, and that was in 1989, before the rise of the Web.

"I don't think that anyone entering into agreements for infrastructure services [is] contracting for personal property," Wynne said. "Just because you get a bill from Company A doesn't mean you are using Company A's servers."

Indeed, Wynne finds fault in how the tax bill that was revised by Chicago was formulated in the first place.

"The meaning of the original bill is that the person that has the property is basically lending it to you," he said, adding, "There's a lot of assumptions in the bill that do not translate well to how services are actually being delivered today. Things are being extended in areas for which they were not envisioned."

There is already talk of an appeal.

"There are no direct parties named as participants here. I think if it's appealed it will come because someone got surprised by this tax," Wynne noted.

The ruling does allow some mitigation strategies.

[Is technology out to get us? Read 9 Ways Technology Is Slowly Killing Us All.]

For instance, only the users of a service who are located in Chicago should be charged this tax, not the total users of a service. Since vendors are responsible for collecting the tax, ascertaining whether or not they are doing it in a proper manner on the proper services becomes important for them. Storage services or accessing read-only data are not taxable, for example.

Other governmental bodies will be watching how this ruling is accepted. While it is easy for a company to move across a city line if it is onerous, it may be far harder to do that if the state imposes such a tax.

Wynne said, "I think taxation of these services is on everybody's radar screen. I have no doubt it is being looked at."

Larry Loeb has written for many of the last century's major "dead tree" computer magazines, having been, among other things, a consulting editor for BYTE magazine and senior editor for the launch of WebWeek. He has written a book on the Secure Electronic Transaction Internet ... View Full Bio
We welcome your comments on this topic on our social media channels, or [contact us directly] with questions about the site.
Comment  |
Email This  |
Print  |
RSS
More Insights
Webcasts
Making XDR Work in Your Enterprise - May 12
Multi-Cloud Data Management for Modern Applications
More Webcasts
White Papers
Annual Cybercrime Report - Cybersecurity Ventures
Sunburst: Impact and Timeline
More White Papers
Reports
Are We Cyber-Resilient? The Key Question Every Organization Must Answer
The InformationWeek 2021 State of ITOps and SecOps Report
More Reports

They also broradened the lease tax.

That is where they are sneaking in taxing the cloud services.
Reply  |  Post Message  |  Messages List  |  Start a Board

Netflix is not something like a stock market ticker.

You interact with it, and choose what you want to be displayed.
Reply  |  Post Message  |  Messages List  |  Start a Board

The money that is actually billed. They get a 9% surcharge,
Reply  |  Post Message  |  Messages List  |  Start a Board
InformationWeek Is Getting an Upgrade!