UK voters gave a thumbs up for leaving the European Union, generating concerns in the tech community over the ease of finding jobs and potential company relocations.

A majority of voters in the UK Thursday decided to leave the European Union, a move that had been opposed by a number of tech titans from IBM to Microsoft.

Since the Brexit vote ended with 51.8% in favor of leaving the European Union and 48.2% wishing to remain, the UK will go back to becoming its own sovereign state in a process that the Washington Post notes may take years to complete.

To expedite the transition, Britain's Prime Minister David Cameron announced he would resign from his post in the fall to allow a new leader to take country forward.

Britain's exit from the European Union is expected to impact not only that country, but also the companies that do business there. Trip Chowdhry, an analyst with Global Equities Research, noted in a report that these outcomes will likely occur:

In the letter, which was last updated on May 18, the executives cited the benefits of having a single market to conduct their business in and invest in, over the previous system of a collection of countries.

"While ultimately a matter for the British people to decide, it is clear to me that if Britain chooses to be outside of Europe ... it will be harder to find and recruit the best talent from across the continent; talent which, in turn, creates jobs for people in the UK," Gates is quoted as saying in a TrustedReviews post.

Following the announcement of the results from the UK referendum, a number of tech companies and industry observers chimed in. 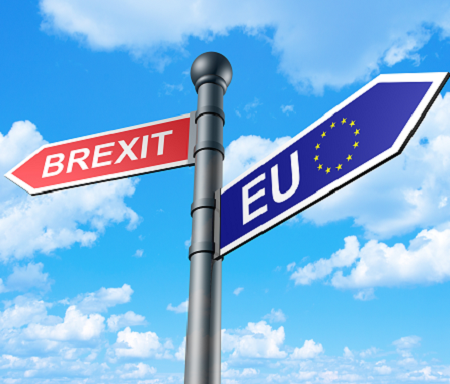 
"Although GE supported the UK remaining in the EU, we respect the decision of the British people and remain firmly committed to the UK and Europe. GE has 22,000 employees in the UK and 100,000 employees in Europe overall that will continue to focus on delivering great outcomes for our customers. We believe in the potential to build a competitive Europe and UK through digital transformation and manufacturing." Jeffrey Immelt, GE CEO said in a statement. Immelt was also one of the executives who signed the letter in the Financial Times.

Riccardo Chiarelli, who works in the nuclear industry, tweeted concern over the potential for London's Fintech startup community to face problems with Brexit, pointing to a Bloomberg article on the subject.

Technology marketer Diana Helander noted in a tweet that US Internet companies may be subject to new regulatory scrutiny under British laws, rather than simply dealing with the European Union regulators.

An Accenture spokesperson, meanwhile, told InformationWeek: "It is very difficult for any of us to know the details of what happens next given [today's] decision, but we are confident that we will be able to navigate all scenarios. We are closely monitoring [the] next steps and will adapt accordingly when things are clearer. But in the meantime our focus will be on helping our clients plan and adjust for the changes that are about to happen."

Dawn Kawamoto is an Associate Editor for Dark Reading, where she covers cybersecurity news and trends. She is an award-winning journalist who has written and edited technology, management, leadership, career, finance, and innovation stories for such publications as CNET's ... View Full Bio
We welcome your comments on this topic on our social media channels, or [contact us directly] with questions about the site.
Comment  |
Email This  |
Print  |
RSS
More Insights
Webcasts
Building Asset Management into Your Enterprise Security Strategy
How the Rapid Shift to Remote Work Impacted IT Complexity and Post-Pandemic Security Priorities
More Webcasts
White Papers
Simplify Your Application Security
2021 Application Security Statistics Report Vol.1
More White Papers
Reports
Dark Reading Report: Battle for the Endpoint
2021 Application Security Statistics Report Vol.1
More Reports