Beachbody Is Shaping Up For Public Cloud - InformationWeek

Beachbody is a fitness product specialist with custom financials and ERP needs. However, these systems are a hindrance when it comes to migrating to Oracle Cloud.

Eduardo Frias, CIO of the online, personal fitness enterprise, Beachbody, is a man who is betwixt and between. He's ready for cloud applications. However, he can't follow the recommendation of one of his primary vendors -- Oracle -- in adopting Oracle Software-as-a-Service (SaaS).

Frias is ready for cloud infrastructure, with lines of business able to provision their own servers, but he can't have them doing it yet in the public cloud. He's ready to build out private cloud as an alternative, but he thinks some of his legacy applications shouldn't run on it -- these apps really belong in a resilient public cloud infrastructure.

In an interview with InformationWeek at Oracle OpenWorld 2016, Frias said his first step will be to build a private cloud infrastructure that looks like Oracle Cloud. That way, when the day comes to move to Oracle infrastructure, the transition will be easier. In the meantime, he'll use an Oracle-like private cloud to test-drive the transition and adjust applications for the day of the move. 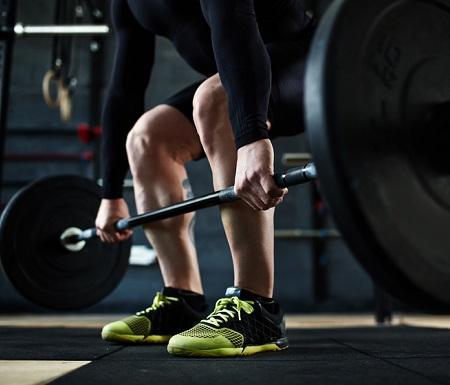 To an unusual degree, Frias represents the "fear versus greed" outlook that assails those who know they can benefit from using cloud infrastructure, but can't yet escape the legacy systems on which their businesses depend. Frias wants to make the move today, but he has too many specialized, in-house applications and custom additions to his existing Oracle software to pick up and move.

"There's no way I can run my infrastructure as effectively as Oracle, AWS, Microsoft, or Google can. There's not even a question of that," Frias said. But his company has just started down the path of figuring out how it will actually get to cloud infrastructure.

At another point he boldly projected, "Fifty percent of all my applications will run in the public cloud in three years," but at the same time he admits he's not ready to go beyond a first step yet. (That first step, taken by his predecessor before he arrived, was adopting Workday's HR SaaS, not Oracle Human Capital Management.)

To start his journey to Oracle's Cloud and SaaS will require "re-platforming" his in-house developed applications and "decoupling Beachbody customizations" from the standard Oracle apps.

Both are major re-engineering projects.

Frias is graduate in systems analysis from the Universidad de Buenos Aires and holds a master's degree in software engineering from Carnegie Mellon. He is a former vice president of global IT for Johnson & Johnson.

"We are actively exploring using Oracle Financials as SaaS," Frias said in an interview in the Moscone Center Sept. 21. But Beachbody's existing Oracle applications have been modified to fit the business, and part of the exploration is "analyzing the risk. If we can't process transactions, that would be an issue."

Privately held Beachbody processed over $1 billion in transactions in 2014 for the first time and has continued growing since then. Its popular fitness programs are prepared by staff experts and designed to appeal toward achieving a particular fitness goal, whether it's weight loss or building strength through military-style training.

In order to make its content available at a $9.89 price, Beachbody sells workout mats and other fitness gear, along with its Shakeology nutritional powder.

As one measure of the scale of its business, its direct marketing channel is through infomercials on late-night TV. Beachbody is the single largest purchaser of infomercial time in the US. One of its customized systems assesses when and where the most cost-effective infomercial time can be found.

Beachbody also does a major part of its business through representatives in the field, non-employees who nonetheless are known as Beachbody "coaches," who can help individuals with their program, encourage more participation, and suggest follow-on purchases. Santa Monica, Calif.-based Beachbody has 450,000 coaches spread across the US and Canada.

However, that's part of Frias's problem.

In most cases, customers are buying direct from Beachbody, but sometimes they are buying through coaches or a network of coaches who have their own sub-coaches. Frias calls it "multi-level marketing, like Herbalife," but the different relationships and shared commissions complicate the standard seller and customer categories in software.

Beachbody has got around the problem by introducing customizations into its Oracle applications.

"We have a business-to-business relationship with coaches. But they're not the ultimate consumer of the product," said Frias. Then he amended the statement: Frequently they are consumers of Beachbody products, but the bulk of what's shipped to them ends up in other consumers' hands.

"It's hard for ERP systems to understand the concept of a coach, to connect all the dots. We've heavily customized our order management system and ERP in general," he noted. Frias's IT staff includes 300 developers and contractors who produce customizations and integrate them into Oracle products.

[Want to see how another Oracle customer is taking a straight path to the cloud? Read ClubCorp CIO Sees Cloud as Hole-in-One for Golf.]

As Frias outlines how a product or subscription might progress through a set of distribution relationships, he describes a "tree" chart. "When somebody in the middle of the tree does a return, it affects everybody else in the tree" as an accounting issue, he noted.

"Our whole architecture is driven by Oracle products that we have customized," Frias said, which brings him back to his original problem. He's a long-term Oracle customer --a user of Oracle Process Cloud, Integration Cloud, and Identity Cloud, for example -- who sees the need to get into the Oracle Cloud, but he's still debating his next move.

Oracle Service Cloud and Oracle Process Cloud are the main pillars for Beachbody.

He knows it's possible to build an Oracle Cloud on-premises with Oracle Cloud at Customer, announced last March. He'll start there, as modernized infrastructure on which to run his custom apps.

"The things that's intriguing about this week is the possibility of 'lift and shift,'" or moving custom applications into infrastructure managed by Oracle itself.

But, he adds, "We're so heavily invested in customizations that if that were not to work, we would be throwing years of effort down the drain."

Frias plans to conduct his own lift-and-shift experiment internally. Once convinced that it will work in his own data center, he expects to follow up with his first migration into an external data center with infrastructure managed by Oracle. But he's not announcing any time frame yet for when that's going to happen. 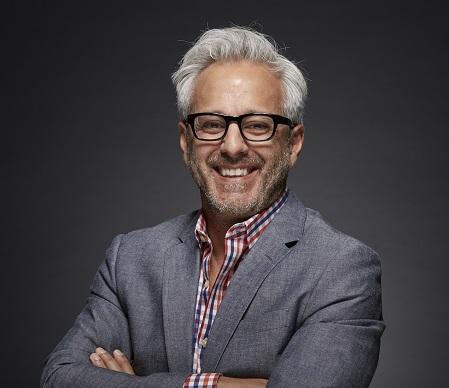 Charles Babcock is an editor-at-large for InformationWeek and author of Management Strategies for the Cloud Revolution, a McGraw-Hill book. He is the former editor-in-chief of Digital News, former software editor of Computerworld and former technology editor of Interactive ... View Full Bio
We welcome your comments on this topic on our social media channels, or [contact us directly] with questions about the site.
Comment  |
Email This  |
Print  |
RSS
More Insights
Webcasts
Building Asset Management into Your Enterprise Security Strategy
SASE: The Right Framework for Today's Distributed Enterprises
More Webcasts
White Papers
The Essential Guide to Securing Remote Access
WhiteHat Professional Services Package
More White Papers
Reports
Protection Strategies for a Cyber-Resilient Organization
Assessing Cybersecurity Risk in Todays Enterprises
More Reports