Azure Stack: Focusing on What It Isn't, Not What It Is - InformationWeek

While Microsoft itself seems pretty clear on what Azure Stack really is, the company still needs to do some work on its message, and on how customers and industry partners view the service.

Marketers are all about the sizzle, generally at the expense of the sausage. Their focus is on wrapping up in a bow whatever the product or service they’re trying to hawk, and promising that it will do everything for everyone. We curmudgeons joke about vendors offering unicorns and rainbows, but it’s not far from the truth.

I’ve been thinking about this trait, especially in light of some excellent conversations I had while attending Microsoft’s Ignite conference in Orlando recently. While there I spoke with an all-star cast of Microsoft execs, the topic of conversation often reverted to Azure Stack, Microsoft’s hybrid cloud offering that seeks to deliver some, but not all, of Microsoft’s Azure platform, with an on-premises flavor.

Now, anytime a cloud vendor does an on-premises offering, there are a few ways to look at it and position it:

Those are three different use cases, and the difficulty that Microsoft, in particular, has with Azure Stack is that many of its traditional partners and traditional customers, are firm believers that what they need, and what Microsoft is offering, is the first of those options. They see Azure Stack as a way of avoiding a move to the cloud, some kind of “close enough” step that will keep people quiet and stop the clamoring for organizational adoption of the public cloud.

I feel for Microsoft having to answer the perennial requests for a private cloud offering that they’re not wishing to deliver. Indeed, in a recent blog post, Mark Jewett, the director of product marketing for Microsoft’s cloud platform, attempted to set the record straight heading up part of the post “Let’s talk about what hybrid is, and isn’t.” Jewett wrote:

"Hybrid is the future of cloud… The arrival of Azure Stack, just one of our many solutions to help advance hybrid scenarios, is an absolute game-changer. It enables a consistent development experience for cloud-native and traditional applications, with the flexibility to deploy in the cloud, on-premises, or at the edge. Microsoft has set the bar in terms of hybrid – we’re proud of it. The consistency of our hybrid approach is exactly why customers find it appealing. When we say consistency, we do mean consistency across data, management, identity, and security. Customers must secure and manage their data and users across both the cloud and on-premises, and not having multiple systems helps reduce complexity… Hybrid is not taking the virtualization customers have historically done and putting it into someone else’s data center. That’s why the AWS and VMWare offer as hybrid fails to address the real reason hybrid cloud is attractive to customers - and customers are left with the complexity of two vendors, two platforms, two portals and so on."

[For more about Azure Stack, check out Ben's earlier piece: Azure Stack and Comparisons with Eucalyptus.]

While that is an admittedly relatively emphatic message for a marketer to articulate, I don’t feel it goes far enough. Saying that hybrid isn’t simply taking regular old virtualization and plonking it in someone else’s data center is a different statement than saying that Azure Stack is absolutely not about trying to avoid any move to the cloud by putting a “cloud in a box” in your own data center. The first statement is a reflection on the discussions we had about cloud almost a decade ago, the second is a more forceful reflection on the part hybrid has to play in modern organizations.

Of course Microsoft doesn’t work in a vacuum and it relies on partners as part of the Azure Stack model. Both hardware vendors and service providers are important components. It is for that reason that I was a little distressed walking the expo floor to see a huge banner that Hewlett Packard Enterprise had up. HPE is one of the hardware partners who offer an Azure Stack SKU, and the messaging that HPE was using around Azure Stack seemed to suggest to customers that Azure Stack gave them cloud, but with the ability to completely configure it to their own need.

That ain’t the deal…

Let us be clear. The whole point of the cloud is to abstract as much of the base requirements for running infrastructure away from customers. To be frank, it’s about removing much of the stuff that server huggers like to tinker with. I can only imagine the gleam in the eyes of those server huggers at Ignite seeing that HPE banner. “At last,” they would have been thinking “a cloud that lets us play with flashing lights and get geeky swapping out bits and pieces.” 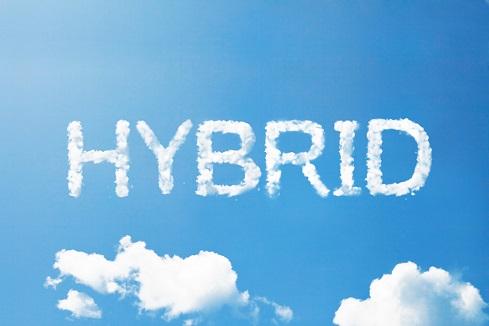 Making a rod for their own backs

While I understand the commercial issues, by not being more emphatic about this stuff, Microsoft is creating difficulties for itself. It opens up all the opportunities for customers to demand specific features and functions for their Azure Stack installation, all of which move toward breaking the very value proposition of Azure Stack – that it is a private instantiation of the Azure public cloud. It is, or at least it should be, a high-fidelity clone. For the particular features that Azure Stack offers (and be clear, that is always going to be a subset of Azure’s breadth) there should be no operating differentiation between the two.

It is for this reason that I was interested in what Avanade is offering – a management service that spans Azure and Azure Stack. For enterprise companies wanting to leverage the hybrid cloud, Avanade does the wrangling that allows them to take advantage of a consistent stack across both public and private settings. Microsoft already runs its Azure, from a management perspective, what would it look like to productize some of that management IP so as to offer a truly seamless Azure/Azure Stack offering, fully managed at source? Which got me thinking…

The control plane is (maybe) the answer

It seems to me that time spent thinking about a common control plane would go some of the way to resolving issues for Microsoft. Over the past few months, since Azure Stack’s imminent release was announced, there has been much discussion about whether serverless computing would be supported on Azure Stack. But here’s the thing – that discussion has always been had within the context of serverless being a small component part of the feature set of both Azure and Azure Stack. Maybe there is a different way to look at it.

In conversations with several people at the show, the topic was raised of serverless being more than simply an event-driven construct. The idea of serverless concepts being up-leveled to the point where they actually fulfill the role of an orchestration layer for all infrastructure – container or VM-based, is an intriguing prospect. Imagine a very broad control fabric, not unlike existing serverless offerings, that spans both Azure and Azure Stack. Perhaps that would go some of the way to clarifying Azure Stack’s role in life.

In terms of this “functions as the generic control plane” notion, some customers are getting close to thinking that way. I was told about one customer who is using functions to create a generic messaging system to communicate between the ground and airplanes. Functions is being used as a way to automate container operations – once VMs boot fast enough perhaps there will be no barriers to delivering VMs as a function also.

Internally Microsoft is pretty clear on what Azure Stack is. It’s about deploying compute close to data for use cases where latency is critical. It’s about highly regulated environments. It’s about situations where connectivity isn’t available. Next step is to strongly push the external education and messaging. The sales force needs to be constantly reminded that, despite the fact that Azure Stack comes in a box, they’re really not selling boxes – rather, just like public Azure, they’re selling a service. Maybe Microsoft should take a leaf from the photocopier and printer companies’ books – a decade or more ago they made the move to thinking about their big commercial printers not as products, but as services. Sure there may be a big fat Fuji Xerox printer in your nearest enterprise office, but it’s a fair bet that it’s not owned by the company, but rather is provided by Fuji Xerox via a service-based model.

Frankly, this entire article is my point of view. I’m bullish about Azure Stack. It truly is a valid point of differentiation as Microsoft continues to assert that, relative to its two biggest public cloud competitors, AWS and Google, it “gets” enterprise. But in order to not lose cloud credibility in its effort to assert enterprise DNA, Microsoft needs to continue to slaughter some sacred cows. The channel will wince and some customers might be disappointed, but it’s about your future.

Ben Kepes is a technology evangelist, an investor, a commentator and a business adviser. Ben covers the convergence of technology, mobile, ubiquity and agility, all enabled by the Cloud. His areas of interest extend to enterprise software, software integration, ... View Full Bio
We welcome your comments on this topic on our social media channels, or [contact us directly] with questions about the site.
Comment  |
Email This  |
Print  |
RSS
More Insights
Webcasts
People Are The Most Important Part of Autonomous SOC
Nip Ransomware in the FUD: Detecting Attacks Pre-Encryption
More Webcasts
White Papers
The Ultimate Cyber Skills Strategy Cheat Sheet
Insider Risk Management: A Better Way to Prevent Data Leaks
More White Papers
Reports
The State of Endpoint Security
2021 Top Enterprise IT Trends - Network Computing
More Reports