Apple, IBM and Microsoft have all made multiple acquisitions of analytics startups in the last year. Here's an overview of who they bought and why it matters to IT. 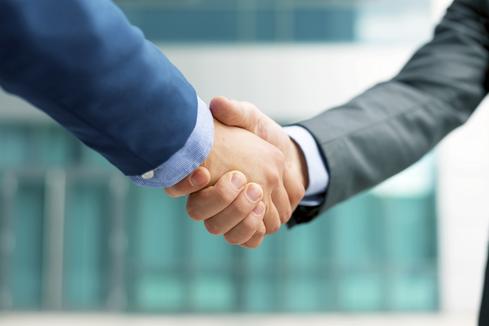 Apple, IBM, and Microsoft have all made multiple acquisitions in the analytics area in 2015. While big data may appear to have lost its luster to some -- for instance, the term "big data" was conspicuously absent from Gartner's Hype Cycle this year -- it's really just moved onto a new stage.

Now the attention has shifted from investments in infrastructure technologies to getting value out of all that data. That means there's a bigger focus on analytics. That's why these three big technology companies are snapping up analytics startups, and even later-stage companies. In 2015 alone we count several deals from these three big vendors.

The deals mean that IT organizations can expect a richer set of systems, applications, and tools from these vendors. Those enhancements run the gamut, depending on the deal and the vendor. But the goal is the same -- to advance analytics for IT.

While Apple doesn't ever comment on how it will use companies that it buys, the analytics acquisitions it announced this year are a neat fit for bringing more value to platforms, including the iPhone, iOS, and iTunes, which have become standard for many IT organizations.

IBM's deals all center on building out the richness of its existing Watson cognitive computing platform. The acquisitions include domain expertise with healthcare data and analytics, and the ability to create APIs to expand the universe of developers for the platform.

Microsoft's acquisition announcements around analytics in 2015 are more scattered along functional lines, but the company announced more deals than Apple or IBM this year. The company acquired a key open source statistical modeling program implementation with a huge community of developers, an HR behavioral analytics platform, a mobile data visualization development tool provider, and an eDiscovery text analysis tool.

Each of these analytics tools and platforms were important enough to have captured the attention of the world's largest technology companies. Here's a closer look at the deals.

Jessica Davis is a Senior Editor at InformationWeek. She covers enterprise IT leadership, careers, artificial intelligence, data and analytics, and enterprise software. She has spent a career covering the intersection of business and technology. Follow her on twitter: ... View Full Bio
We welcome your comments on this topic on our social media channels, or [contact us directly] with questions about the site.

Comment  |
Email This  |
Print  |
RSS
More Insights
Webcasts
Key technology trends in 2021 - Making these technologies work for your business
Hybrid Cloud: The Great Balancing Act
More Webcasts
White Papers
Why Add Security to Your Skill Set and How to Do It
Enabling Enterprise Resiliency Through Cyberthreat Detection
More White Papers
Reports
Improving Security by Moving Beyond VPN
Special Report: Edge Computing: An IT Platform for the New Enterprise
More Reports

The big giants are deploying for the future - indeed the analytics matters. Without proper analytics, you cannot draw real value and squeeze valuable information from data mess. This is the essence of big data.
Reply  |  Post Message  |  Messages List  |  Start a Board
Editors' Choice
Hot Topics