Adapt or Perish: Why Modernize IT Operations - InformationWeek

Operations teams can learn to identify and act to remove roadblocks to necessary changes that might help organizations modernize more quickly.

Self-made woes can grow into severe roadblocks to IT modernization, but there are ways for organizations to recognize the trouble and act. That is the crux of a report, commissioned by OpsRamp, calling on enterprises to adapt or risk perishing. The need to evolve may seem obvious in this era of agile deployment, DevOps methodology, and cloud migration, yet there continue to be significant hinderances to transformation within some organizations.

OpsRamp, the developer of an AIOps platform for infrastructure monitoring, commissioned the Adapt or Perish: The OpsRamp Report on Modern IT Operations in the Digital Age report, which offers a perspective on how teams are changing in increasingly complex hybrid and multi-cloud environments.

The report features results of a survey of 250 respondents all working as IT managers or more senior positions with technology operations and IT teams at domestic enterprises. 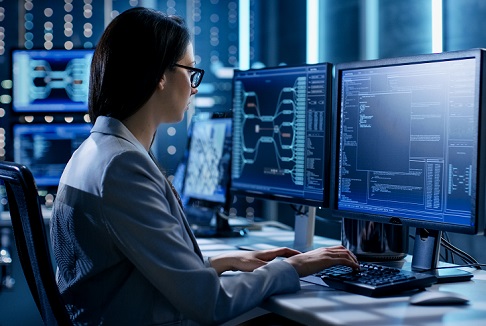 One of the initial findings in the report is that many organizations remain in the middle ground between the extremes of going all-in with cloud and barely scratching the surface. A mere 7% of respondents indicated their IT infrastructure was entirely cloud-based. At the opposite end of the spectrum, 14% of respondents indicated that 25% or less of their infrastructure resided in the cloud.

The majority of respondents, 52%, said that their organizations ran 50%-75% of their IT infrastructure in the cloud with the remaining 27% falling in the 25%–50% cloud-based range.

The report frames such responses as signs that many organizations simply do not operate like cloud-native startups. However, they are trying to adopt what advantages they can from the cloud.

Respondents ranked the following as top reasons why enterprises had yet to undergo full digital transformation. More than one answer as allowed:

The report asserted that budgetary issues could lead to a mismatch between organizational expectations and IT teams tasked to perform more work with limited resources. Such fiscal issues could speak to the skills gap that grips many organizations that want new knowledge on their teams but have limited allocated finances to support such demand.

It also raises questions about where teams should focus their resources and the types of skills that will best serve the organization. According to the report, the following skill areas were the most in demand for advance modern IT transformation:

Bhanu Singh, senior vice president of engineering and DevOps, says there are educational steps IT teams can take to help modernize their operations. “The teams we speak with are usually in the middle of a retraining, reskilling initiative,” he says. That includes continuing education through certifications, internal continuing education programs, and event-based credentialing. 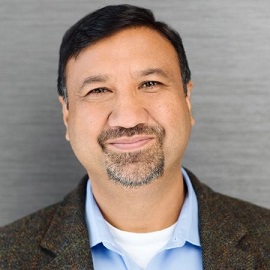 The report's rundown of in-demand skills does not perfectly correlate with the report’s pecking order for the most in-demand IT operations roles. The report did show a collective desire for professionals versed in establishing cloud-based infrastructure yet demand for DevOps-related jobs did not exactly match the attention focused on DevOps skills:

The changes that modernization brings does not necessarily mean that incumbent IT workers will become obsolete. “Most roles, like system administration, just require a transformation to improve their relevance to the modern organization,” Singh says, “but there are some beginning or low-level roles, like database administration, that could very well see a reduction in force due to the rise of cloud.” He foresees many standard administration jobs requiring new platform training or AI training to become modern.

The report naturally cites competitive salaries as the top way to attract the best talent to drive transformation, and it can be argued that this ties back to budgetary issues that can slow down modernization. Access to innovative and modern technologies ran a respectably close second for recruiting top talent. If insufficient funding is set aside to support new hires while also building up technology resources, transformation efforts could be stymied. In order to combat such shortcomings, the report recommends competitive pay, access to tech, and opportunities to work on interesting problems that make the most of their talents.

Expectations for modernization plans should be tempered against the heavy-lifting that may be necessary. Singh says quick wins, such as AIOps-enabled event management, or tool consolidation, could see time-saving benefits in a matter of months. Others objectives could take longer to produce results. "The move to cloud-native container orchestration requires new workflows, new tools, and new staff training, and may not see benefits for the first year or two," he says.

Joao-Pierre S. Ruth has spent his career immersed in business and technology journalism first covering local industries in New Jersey, later as the New York editor for Xconomy delving into the city's tech startup community, and then as a freelancer for such outlets as ... View Full Bio
We welcome your comments on this topic on our social media channels, or [contact us directly] with questions about the site.
Comment  |
Email This  |
Print  |
RSS
More Insights
Webcasts
What We Can Learn from Sports Analytics
Building the SOC of the Future: Next-Generation Security Operations
More Webcasts
White Papers
From MFA to Zero Trust
The 2020 Duo Security Trusted Access Report
More White Papers
Reports
Building an Effective Cybersecurity Incident Response Team
2020 State of DevOps Report
More Reports