Several different analysts and tech journalists have proclaimed that 2017 was the year of Kubernetes. But if you're not involved in the day-to-day management of cloud workloads, you can be forgiven for not understanding what the fuss is all about.

Kubernetes is a relatively young technology. The first open source code for the tool became available in 2014. But in the roughly three years it has been around, Kubernetes has really taken off.

In 2017 alone, dozens of organizations, including Microsoft, OpenStack, Cloud Foundry, IBM, Oracle, Cisco, Mesosphere and Docker, made announcements related to Kubernetes. And the partners page on the Kubernetes website now lists more than 150 companies that are working with or support the project.

So what should IT leaders know about Kubernetes? Why is this technology important, and how is it affecting day-to-day IT operations? The following slides offer a quick overview of Kubernetes and its current and future role in enterprise IT. 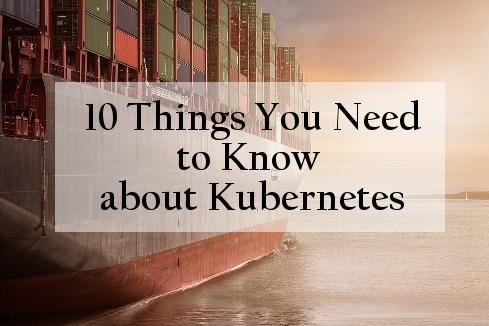 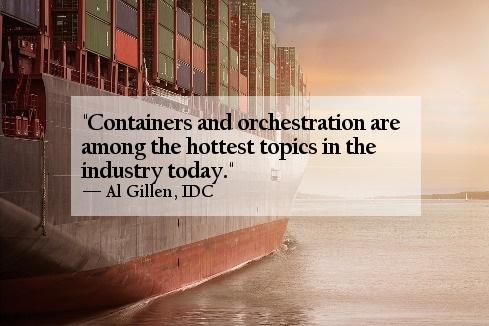 Containers are a lightweight way of packaging together an application with all of its dependencies. The most well-known container application is Docker, although others also exist. Containers are becoming more popular, particularly with enterprises that use DevOps methodologies and/or public cloud services, because they provide consistency, efficiency and portability when deploying applications.

Orchestration is really just a fancy word for automation. Kubernetes automates the deployment, scaling and management of containers. That means the user can tell the system to create five containers or to scale out certain containers, and Kubernetes handles all of the details to make that happen.

2. Kubernetes was developed by Google. 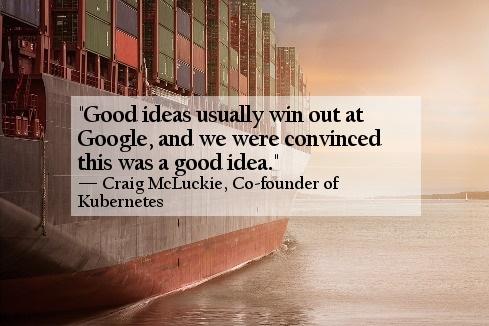 The Google Cloud Platform Blog has a great post that explains the origins of Kubernetes. Essentially, Google had built a cluster management system, which it called Borg, that helped it manage the servers that ran Google Search, Gmail, YouTube and other services. When containers came along, an internal group wanted to apply the knowledge they had gained through Borg to container management, and an internal project called Seven of Nine was born.

But when the team behind Seven of Nine said that they wanted to make the project open source, it originally met some resistance. Google's Urs Holzle told the team:

"So let me get this straight. You want to build an external version of the Borg task scheduler. One of our most important competitive advantages. The one we don’t even talk about externally. And, on top of that, you want to open source it?"

Eventually, the team got their way. The first code for Kubernetes went on GitHub in 2014, and Kubernetes 1.0 launched in July 2015. At that point, the Cloud Native Computing Foundation (CNCF), a separate organization set up by the Linux Foundation, took over stewardship of Kubernetes, a role it continues to play.

3. How Kubernetes is becoming incredibly popular. 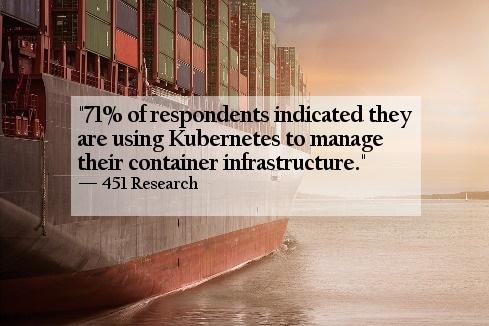 Even though it isn't very old, Kubernetes has already achieved impressive market share. In a survey of 200 enterprise IT decision makers conducted by 451 Research, 71% of respondents said that they were using Kubernetes. Well-known companies using the project include Box, eBay, Wikimedia, Comcast, Goldman Sachs, The New York Times, SAP and many others.

Kubernetes has also become one of the most active projects in the open source community. According to the GitHub State of the Octoverse 2017 report, Kubernetes was the number one most-discussed repository, with 388,100 comments. It also had the second most reviews of any project on the site.

4. Its competitors are (or were) Mesos and Swarm. 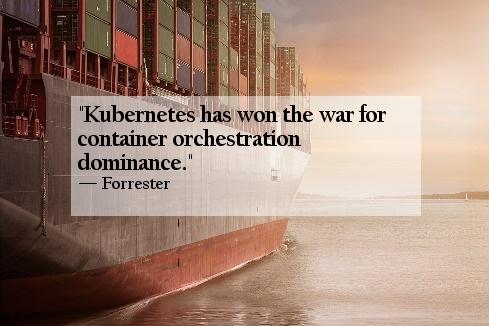 Kubernetes isn't the only option for container orchestration. Two other open source projects — Apache Mesos and Docker Swarm — provide much of the same capabilities. Not too long ago, it seemed possible that one of these other projects could become dominant. After all, Mesos had a longer track record, and Swarm had the backing of Docker, the leading containerization technology.

But in the past few months, both Mesos and Swarm seem to have conceded defeat. In September, Mesosphere, one of the biggest backers of Mesos and the distributors of Mesos-based DC/OS, announced support for Kubernetes. And in October, Docker announced that it too would integrate support Kubernetes.

As a result of those announcements and the groundswell of support for the platform, Dave Bartoletti, vice president and principal analyst at Forrester, wrote, "Kubernetes has won the war for container orchestration dominance and should be at the heart of your microservices plans." 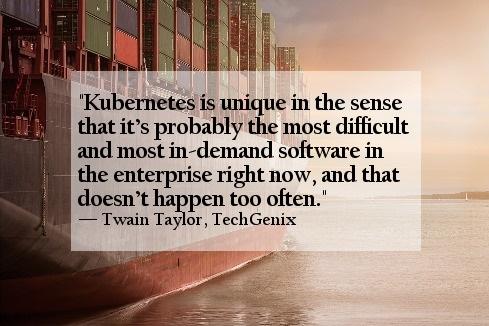 But the dramatic increase in popularity doesn't mean that Kubernetes has overcome all the obstacles in its path. Although its documentation and usability have improved recently, Kubernetes also has a reputation for being somewhat difficult to use.

Writing for TechGenix, Twain Taylor noted, "Kubernetes is unique in the sense that it’s probably the most difficult and most in-demand software in the enterprise right now, and that doesn’t happen too often. When a software has as steep a learning curve as Kubernetes, it’s often a very select group that shows interest, but that’s nothing like the current situation."

That reputation hasn't diminished interest in Kubernetes. Instead, it has spurred a number of vendors, including the leading public cloud platforms, to offer versions of Kubernetes or services that promise to make the platform more user-friendly.

6. All the leading cloud vendors are backing Kubernetes. 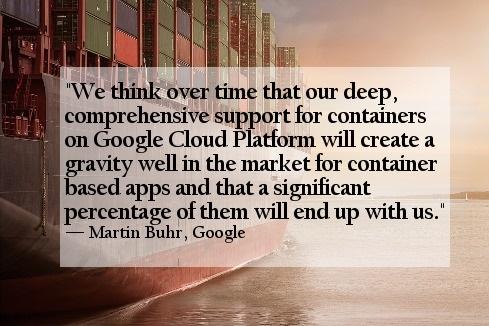 While some originally backed competing technologies, all the leading public cloud services are now on board with Kubernetes.

7. Kubernetes has been incorporated into Docker. 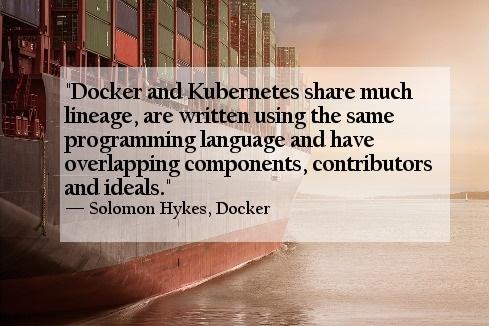 Of all the Kubernetes-related announcements in 2017, Docker's support for the technology might be the most significant. Docker is the overwhelming leader in containerization technology. In the RightScale 2017 State of the Cloud report, Docker was the most common DevOps tool used by organizations.

While Docker plans to continue supporting its own Swarm technology, the fact that the company plans to integrate Kubernetes in both the community and enterprise editions of Docker will likely lead to even greater use of Kubernetes. Some prognosticators have gone so far as to predict that Kubernetes use could become even more widespread than Docker use — or that Docker will become irrelevant as Kubernetes and other open source container projects gain momentum. 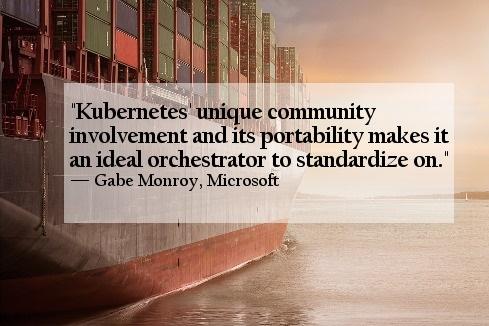 It isn't only the cloud vendors and Docker that are jumping on the Kubernetes bandwagon. Dozens of other companies provide Kubernetes distributions or other products and services based on Kubernetes. Some of the most well known include the following:


9. Kubernetes is ideal for hybrid and multi-cloud environments. 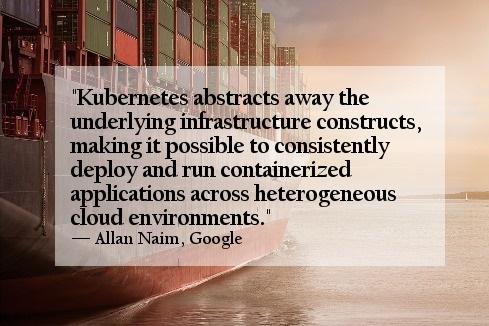 Although you can run Kubernetes anywhere, it really shines in hybrid cloud and multi-cloud environments. In the 451 Research survey, respondents said that their primary drivers for using containers and Kubernetes were hybrid cloud/cross-cloud integration and efficiency. In addition, 90% said that they believed Kubernetes could replace private clouds and platform as a service (PaaS).

These days most enterprises are using more than one cloud vendor, and most will continue to run workloads in both public clouds and on-premises for the foreseeable future. For those organizations, Kubernetes offers an attractive way to streamline the management of very complex environments. 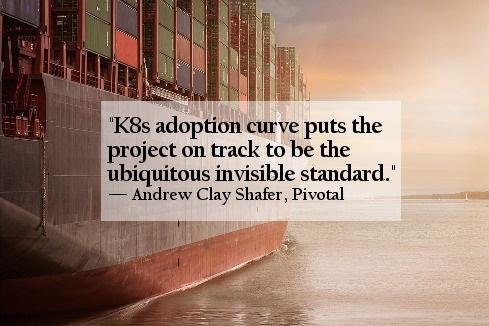 Numerous pundits have observed that with its widespread adoption and support, Kubernetes seems to be on its way to becoming a standard within the technology industry. Of course, not everyone will use it, but enough could adopt the technology that it becomes the default choice.

However, it is worth noting that Kubernetes has a long way to go before it reaches that level of ubiquity. While the majority of enterprises might be investigating containers and Kubernetes internally, most are not yet running Kubernetes in production.

Still the future looks bright for this technology, which is why many analysts and consultants are advising clients to start learning about and experimenting with Kubernetes now.

Bonus — The 11th Thing You Should Know About Kubernetes: People who know a lot about Kubernetes often abbreviate it as K8s (K + eight characters + s).