10 IT Infrastructure Skills You Should Master - InformationWeek

Infrastructure is no longer static, immovable, or inflexible -- and neither should be an IT pro's skill set. Take a look at 10 of the hottest infrastructure skills that IT pros should be considering today. 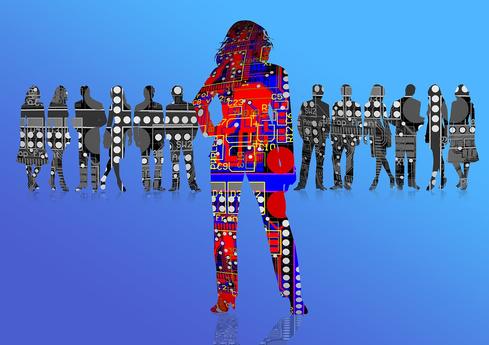 Generally speaking, IT specializations are changing at a pace that's faster than ever before. Everyone -- from desktop support to developers and database administrators -- has had to adjust and to acquire new skills to keep up with business demands. But one area of IT that has historically been slower to adopt new technologies and skills was IT infrastructure. It used to be that for applications, data, and processes to change, they had to change within the rigid constraints of the IT infrastructure. Infrastructures such as private data centers were big, expensive, and incredibly inflexible. All of that is changing now.

Server and storage virtualization was the first true shift in IT infrastructure over the past decade that caused a dramatic shift in IT skillsets. The virtualization movement affected not only server and storage administrators, but also network engineers. Networks, server hardware, and virtualization platforms were suddenly designed and deployed to be more flexible than ever before. Brand-new server instances could be spun up in a matter of minutes -- as opposed to the traditional days or weeks.

[If you moved, would you earn more? Or would what you earn now go farther? Discover 10 Cities Where Your IT Pay Is Worth the Most.]

From that point on, there's been a fundamental shift in the way business viewed IT infrastructure. No longer was infrastructure seen as a series of static, hard-to-move components. Instead, infrastructure is now viewed as highly modular building blocks that can be easily moved and shifted as business needs change.

Since the time of the great virtualization shift, there have been numerous other IT infrastructure advancements that further its flexibility -- and thus make it more valuable to the organization. Things like cloud computing, software-defined networks (SDN), bring your own device (BYOD), and collaboration advances have all made their impact on IT infrastructure. And these technologies have also created new skills that administrators must learn to keep ahead in their field.

Here's a look at 10 of the hottest infrastructure skills that IT pros should be considering -- and possibly working toward acquiring. Some of these skills, such as cloud security and next-generation firewalls, are already in high demand. Others, like SDN and application containers, are only now beginning to gain popularity.

Check out which skills we think are -- or will be -- important for infrastructure professionals to learn. Then let us know your thoughts in the comments section below.

"Most of the skillset doesn't actually include algorithm knowledge or programming knowledge. You need to have a mix and match of all things considered in this fast moving world. "

@SunitaT0: From what I have observed, it has never been the skills alone that has led to success. It's always been the skills along with the application of those skills. Yes, you may be a true champion of security in the company with all the knowledge at hand, but unless you use it at the right time, you're not going to get much success in the company.
Reply  |  Post Message  |  Messages List  |  Start a Board

Especially important with remote workers. You need to be able to have multiple people have access to the same documents and still have good version control. As a remote worker I've spent my fair ahare of time with IT as they solve a collaboration issue.
Reply  |  Post Message  |  Messages List  |  Start a Board

Definitely need to secure phones and other very portable mobile devices. They do tend to walk away easily.
Reply  |  Post Message  |  Messages List  |  Start a Board

MDM is also just as important, considering this borders on singular device security as well. If you are thinking about nodes in a network that are exposed, think about securing smartphones first because that is where most of the personal data and other things are stolen.
Reply  |  Post Message  |  Messages List  |  Start a Board

@tzubair: Yes it does. Dab your fingers in Cloud security and you would get a promotion. Most of the skillset doesn't actually include algorithm knowledge or programming knowledge. You need to have a mix and match of all things considered in this fast moving world.
Reply  |  Post Message  |  Messages List  |  Start a Board

This sounds so helpful. Mainly when you are working in different time zones in different projects.
Reply  |  Post Message  |  Messages List  |  Start a Board


"Things like cloud computing, software-defined networks (SDN), bring your own device (BYOD), and collaboration advances have all made their impact on IT infrastructure."

I think BYOD is one area where the IT folks need more training particularly when it comes to a cultural shift. From what I have seen, despite a BYOD policy in the organization, a large number of IT workers are not so supportive when it comes to configuration on personal devices. They still find them more difficult to integrate and seem to discouraget it.
Reply  |  Post Message  |  Messages List  |  Start a Board

"I believe that with security features in place things can move at a considerable faster pace than if the security lapses occurs every now and then."

@Nomii: Security is a core building block on top of which your architecture is built. Most companies treat it as a block on top which disrupts the infrastructure esp when the network grows. It's supposed to be the very basic layer which you begin with.
Reply  |  Post Message  |  Messages List  |  Start a Board


@Jagibbons right. I believe that in the field of IT, security comes as a prime importance and it is nice that the security aspect is high on agenda overall. I believe that with security features in place things can move at a considerable faster pace than if the security lapses occurs every now and then. Another aspect that is also high on effectiveness in Firewall. I think all aspects mentioned in the list are important to be known.

This is a great list, and I'm glad to see security starting it off and showing up a couple of more times throughout.
Reply  |  Post Message  |  Messages List  |  Start a Board
Editors' Choice
Hot Topics