When The Liberty Group found increasing demand for its services in 2012, it rehired Rob Hiltbrand to take it to the cloud.

Rob Hiltbrand, director of technology at The Liberty Group, has shepherded his company's IT operations through a multi-year, rapid expansion phase.

The Liberty Group's experience in supplying skilled and experienced property managers and facilities staff, including greeters/receptionists and maintenance staff as well as executives to manage the companies providing property management for complexes and apartment chains, was growing rapidly in the cities where it did business in Texas, which included Austin, Dallas and San Antonio, as well as Houston. 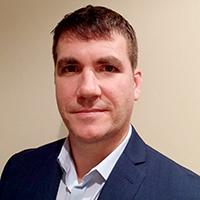 Why not leverage the expertise the group already had to use it to supply staffing services in other cities? In 2014, the group undertook a rapid expansion that resulted in opening Liberty Group offices in Indianapolis, Kansas City, and a dozen other locations.

"The Liberty Group decided to go full bore into underserved markets. We opened 18 branch offices with 2-to-4 people each," Hiltbrand recalled in an interview with InformationWeek. The company mushroomed from 40 employees in 2014 to over a 100 in 2017.

Want to learn more about how you might prepare for a move into the cloud? See Red Hat Expert: OpenStack May Not Be As Complex As You Think.

Hiltbrand had worked as technology manager for The Liberty Group for five years until 2011, when he left for Argus Media as a corporate network manager. He was recruited back in 2012 as The Liberty Group realized it would need quickly established IT services if it was going to undertake the expansion that it was contemplating.

As that expansion got underway, Hiltbrand was already experienced in delivering recruitment and staffing software as a service from a specialized property staff recruitment application suite available as SaaS. He was also used to providing centralized Active Directory identification and access services from the handful of servers running in the Houston headquarters.

But he has eschewed installing complex software and customizing it to suit momentary needs at the company. "I try to avoid customizing what works out of the box. I don't want to run into doing upgrades that don't work," he said.

Human resources and payroll are also from SaaS providers and can support new offices as fast as The Liberty Group adds them.

"There are few traditional servers in the server room at headquarters. I'm a big believer in doing as much as you can in the cloud," he said.

The Liberty Group wants all important files backed up, and Hiltbrand uses a combination of on-premises file server appliances and cloud service providers to keep a minimum of three copies of business critical files. The good thing about the cloud service backup approach is that the cloud data center is somewhere else. Backup and recovery is a natural function of a hybrid cloud operation and easy to implement, he said, declining to specify which cloud services or which in-premises appliances he tends to use.

The place where reliance on the cloud has worked the best is in supplying new phone systems to the rapidly expanding branch office system.  Hiltbrand turned to a cloud-based service that could supply standard features to both PBX and mobile phone systems and, most importantly, allow The Liberty Group to retain its phone numbers even if it had it had to change the location of a local office.

The cloud-based service can incorporate both iPhones and Android models into its operations, and the Liberty Group issues a company phone to about 40% of its branch office staff to protect data and ensure smooth operations. Property managers and staff coordinators tend to be busy employees who are doing their jobs while out of the office much of the time as well as in.

"When we hit a tipping point in the expansion, I started from scratch," Hiltbrand recalled. Instead of getting a variety of PBX systems or getting a phone system through an office lease, I went in a different direction.

"I like the idea of an application providing phone service. I like unified, app-based communications that allowed us to retain ownership of phone numbers," he added. It will work with a laptop or a desktop and a headset as well as smart phones, another plus.

He is presenting his lessons learned during his session, How the Cloud Kept Me Sane During Phenomenal Growth, at 2:10 pm on May 17 at Interop ITX in Las Vegas.

As Hiltbrand convenes his session at the MGM Grand, he'll explain how the cloud enables a different form of business operations compared to 2012, when he rejoined The Liberty Group and confronted the need for rapid expansion.

Charles Babcock is an editor-at-large for InformationWeek and author of Management Strategies for the Cloud Revolution, a McGraw-Hill book. He is the former editor-in-chief of Digital News, former software editor of Computerworld and former technology editor of Interactive ... View Full Bio
We welcome your comments on this topic on our social media channels, or [contact us directly] with questions about the site.
Comment  |
Email This  |
Print  |
RSS
More Insights
Webcasts
Key technology trends in 2021 - Making these technologies work for your business
Cybersecurity's Next Wave: What You Should Know
More Webcasts
White Papers
Why Add Security to Your Skill Set and How to Do It
How Secure Are Your Endpoints?
More White Papers
Reports
Building the SOC of the Future
Building an Effective Cybersecurity Incident Response Team
More Reports

More Informa Tech Live Events
Zero Trust for a Work-From Home WorldDetecting and Preventing Insider Data LeaksCybersecurity's Next Wave: What You Should Know