Why Automation and AI are Cool, Until They're Not - InformationWeek

Enterprises and jobs are changing fast as more tasks are automated with increasing levels of machine intelligence. Automation displaced manufacturing jobs, but it also enabled the creation of new businesses and career opportunities. Will knowledge workers and their employers adapt fast enough?

Every day, there's more news about automation, machine learning and AI. Already, some vendors are touting their ability to replace salespeople and even data scientists. Interestingly, the very people promoting these technologies aren't necessarily considering the impact on their own jobs.

In the past, knowledge jobs were exempt from automation, but with the rise of machine learning and AI, that's no longer true. In the near future, machines will be able to do even more tasks that have historically been done by humans.

Somewhere between doomsday predictions and automated utopia is a very real world of people, businesses and entire industries that need to adapt or risk obsolescence. 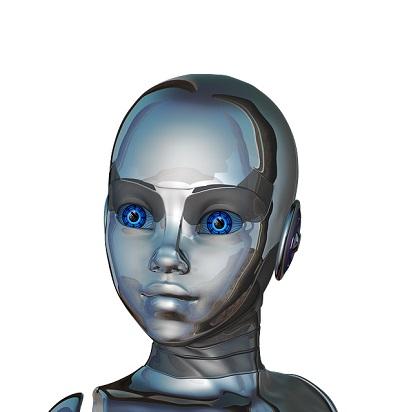 One difference between yesterday's automation and today's automation (besides the level of machine intelligence) is the pace of change. Automating manufacturing was a very slow process because it required major capital investments and significant amounts of time to implement. In today's software-driven world, change occurs very quickly and the pace of change is accelerating.

The burning existential question is whether organizations and their employees can adapt to change fast enough this time. Will autonomous "things" and bots cause the staggering unemployment levels some foresee a decade from now, or will the number of new jobs compensate for the decline of traditional jobs?

"I think there will be stages where we have the 10 percent digital workforce in the next two years and 20 percent in three to four years," said Martin Fiore, Americas tax talent leader at professional services firm EY. "Some will say, 'Wow, that's scary.' Others will say, 'I see the light I'm going to upscale my capabilities."

Businesses and individuals each need to change the way they think.

Angela Zutavern, VP at management consulting firm Booz Allen Hamilton and co-author of the forthcoming book, The Mathematical Corporation views intelligent automation as a new form of leadership and strategy as opposed to just technology.

"Companies who understand this and get on board with it will be way ahead and I believe that companies who either ignore it or don't believe it's real may go out of business," she said. "I think it's better to know about it, understand it, and be a part of making the change happen rather than getting caught off-guard and have it happen to you."

Despite its 100-year history, EY is actively facilitating the adoption of Robotics Process Automation (RPA) and AI within its own four walls and among its customers.

Its RPA group employs a global team of 1,000 robotic engineers and analysts who are creating new applications. In past 18 months, more than 200 bots have been rolled out in tax operations, which includes work for clients. EY is also using RPA processes internally in core business functions to improve quality and performance while enabling a new sense of purpose among its employees.

"RPA helps us increase our ability to handle high levels of transaction volume (e.g.,tax returns), accelerate on-time delivery and improve accuracy," said Fiore. "Over time, there will be a positive impact on our workforce model, and we're planning for that now."

Similarly, an EY innovation lab recently experimented to see if AI could help to analyze contracts faster and better than people.

"We thought we'd make headway and great progress in a year or two, but in the first 90 days [the machines were] three times more effective in the process," said Jeff Wong, global chief innovation officer at EY. "You'll see us increasing our efforts there radically in the next 12 to 18 months."

Last year, EY "hired" 350 bots, although company spends about a half a billion dollars annually on employee training. Job rotation is also common at EY because the company wants to "teach people to learn how to learn."

"Typically, managers [had] person management jobs. Increasingly those jobs will have to be good on the technology side," said Singh. "Few people are good at deep learning, probably less than 5,000. We'll needs hundreds of thousands when we see major adoption happening."

"Cloud computers, data lakes and in the future, quantum computing are things that every leader should be conversant about or anyone who aspires to a leadership role in this machine learning age," said Booz Allen Hamilton's Zutavern. "People should understand what the possibilities are and know when to pull in the deep experts."

Lisa Morgan is a freelance writer who covers big data and BI for InformationWeek. She has contributed articles, reports, and other types of content to various publications and sites ranging from SD Times to the Economist Intelligent Unit. Frequent areas of coverage include ... View Full Bio
We welcome your comments on this topic on our social media channels, or [contact us directly] with questions about the site.
Comment  |
Email This  |
Print  |
RSS
More Insights
Webcasts
Building Asset Management into Your Enterprise Security Strategy
Managing a Hybrid Cloud Infrastructure
More Webcasts
White Papers
Lessons Learned Investigating the SUNBURST Software Supply Chain Attack
Smart Service Management: Working Better Together with a Connected Enterprise
More White Papers
Reports
Intelligent Outcomes Are Key to Business Resilience
Are Unprotected Cloud Databases Leaking Your Data?
More Reports

Does Identity Hinder Hybrid-Cloud and Multi-Cloud Adoption? Joao-Pierre S. Ruth, Senior Writer,  4/1/2021
White Papers
5 Steps to Perimeter-Less Security: Adopting a Zero-Trust Model
The Essential Guide to Securing Remote Access
Cloud Threats Are Different, Your Security Should Be Too
2021 Application Security Statistics Report Vol.1
The Five Major Security Pitfalls of WFH and How to Solve Them