50%
Tweet
Tableau Software has acquired HyPer, an early stage database company that provides an engine for transactional data and analysis. Tableau will integrate the technology into its own product to add transactional capabilities to its own software.

Data visualization provider Tableau Software has acquired an early stage database company called HyPer and plans to use the technology to add transactional data capabilities to its existing analytic data visualization engine. Financial terms of the deal were not disclosed.

Tableau plans to deeply integrate HyPer's technology with its own, creating a system that can do two things at once -- perform analysis on data and also have that data be updated in near real-time. The dual operations are enabled by what Tableau says is a fast main-memory database system designed for simultaneous OLTP and OLAP processing without compromising performance.

"We believe this is the fastest database in the world," Patrice Pelland, director of engineering at Seattle-based Tableau Software, told InformationWeek in an interview. Pelland said that the capabilities of HyPer will enable new scenarios in Tableau that were difficult to perform with the company's current data engine, which is optimized for data visualization and analytics, not transactional data. 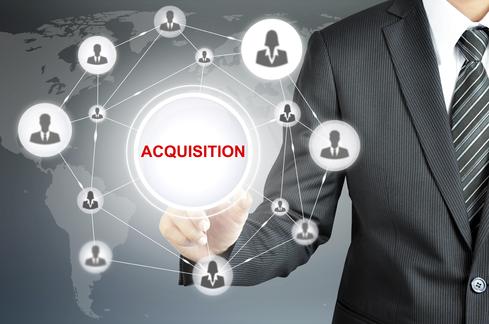 What are these scenarios? For instance, he said, car manufacturers sometimes equip the cars they are building with sensors, and those sensors generate a lot of data. With a data engine that enables the dual functionality of analysis and transactions, the data from those sensors can be loaded in for analysis as it is collected. There's no need for lag time of a day or two as batch data is loaded into the analysis system.

Another example is in IT security or fraud. By enabling analysis of transactional data, organizations can respond more quickly to outliers, potentially preventing more serious damage. That's not something that Tableau Software can do today.

Pelland said that he has watched HyPer for some time now and connected with the team at a database conference in Melbourne last year. The Munich-based company started up for business only a few months ago, but its technology has been under development since 2010 as a research project at the Technical University of Munich (TUM) under professors Dr. Thomas Neumann and Dr. Alfons Kemper. Four of the project's PhD students will focus on the integration of HyPer into Tableau products as new employees of Tableau, but they will remain based in Munich.

"HyPer was born at TUM, similar to how Tableau was founded out of Stanford," said Tobias Muehlbauer, one of the HyPer employees joining Tableau, in a prepared statement. Tableau said it will increase its investment in Munich, opening a research and development center there later this year to attract European-based database talent.

Following the Melbourne conference, Pelland said he kept in touch with HyPer's team and closely watched the organization's academic papers and development.

"We've been watching them as a technology as it was evolving over the years," he said. "We really felt that it was some of the best database technology I've seen in the world, along with the combination of finding great talent."

Pelland could not offer a timeline for the integration of Tableau with HyPer. And he stopped short of confirming that the company would replace its existing database engine with HyPer's technology outright, saying instead that the future data engine would combine the best of what both organizations had to offer. However, HyPer's data engine will enable the transactional capabilities that Tableau currently lacks.

"This is a big deal for us. It's definitely a big deal, and it will move our performance forward," he said.

Jessica Davis has spent a career covering the intersection of business and technology at titles including IDG's Infoworld, Ziff Davis Enterprise's eWeek and Channel Insider, and Penton Technology's MSPmentor. She's passionate about the practical use of business intelligence, ... View Full Bio
We welcome your comments on this topic on our social media channels, or [contact us directly] with questions about the site.
Comment  |
Email This  |
Print  |
RSS
More Insights
Webcasts
IT Automation: Scaling to the Future
Don't Miss this Dark Reading Virtual Event on Critical Data Breaches
More Webcasts
White Papers
3 Reasons Why Your Remote Workforce is Vulnerable
2020 Security Trends to Watch
More White Papers
Reports
Endpoint Security 2020: The Resurgence of EPP and the Manifest Destiny of EDR
2020 Cybersecurity Outlook Report
More Reports

More Informa Tech Live Events
How Secure is Your Azure Cloud Security Environment?Thinking Like an Attacker: Strategies for DefenseRed Team Realities: Testing that goes beyond compliance