You may not hear a lot of enterprise executives talking about it, but open source software is becoming a mainstay in big organizations.

The enterprise has gone through a lot of changes in recent years between the rise of public cloud, Agile development, and a greater focus on data management and analytics. Another big change? It used to be that open source technology might not have been considered as an appropriate fit in the enterprise. Plus, tech executives may have been giving open source an air kiss, but they weren't ready to commit. That's totally turned around.

Just take a look at a few of the biggest vendors in the business-to-business software market. Consider IBM's recent acquisition and integration of Linux provider Red Hat, or Microsoft's acquisition of the community that fosters open source, GitHub.

This week, Cloudera solidified its own commitment to open source. The new Cloudera, formed after the merger between the old Cloudera and Hortonworks, unveiled its Cloudera Data Platform. 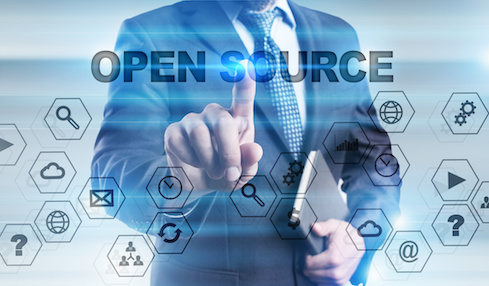 Also known as CDP, the platform is available today in the cloud. An on-premise implementation is coming over the next several months. Among the platform's benefits is how it enables multi-cloud and hybrid cloud deployments via containers and separates the compute from the storage. But executives said that it also affirms the company's future in terms of open source.

"We committed to be 100% open source," said Cloudera Chairman and acting CEO Marty Cole, speaking at a Cloudera analyst day meeting on Monday. Cole noted that when the merger was announced, there were questions about whether the newly combined company would follow the former Cloudera's partially proprietary platform or whether it would stick with Hortonworks' commitment to open source. After all, plenty of vendors have historically added a proprietary component to make their platforms unique and their customers loyal. That's not what Cloudera did this time. This time the company committed to open source, Cole said.

Also at the Cloudera analyst day, IBM general manager for data and Watson AI Rob Thomas talked about the importance of open source in the enterprise. Indeed, IBM first announced its partnership with Hortonworks in 2017 and announced its acquisition of Red Hat last year.

"Open source is the lingua franca of this whole data and AI modernization right now," Thomas said in a presentation to the analysts in attendance.

Proponents argue that open source allows software features to be developed faster and in tandem, and open source platforms also enjoy the benefits of a more direct customer feedback loop for bugs and future features. But you don't need to tout all the benefits anymore, because open source software is becoming a key part of the enterprise tech stack.

"Open source software is absolutely becoming the standard for enterprise and tech broadly," Doug Henschen, VP and principal analyst at Constellation Research told InformationWeek.  "It started with Linux, which is the standard operating system of the cloud today. Open source is also winning in databases, with MySQL, PostgreSQL, MongoDB and Cassandra being leading examples, and in analytics, with R, Python and various frameworks such as scikit Learn, TensorFlow and others all being open source."

In spite of its pervasiveness in the enterprise and beyond, Cloudera customers presenting at the analyst day -- PwC, GlaxoSmithKline, and Globe Telecom -- did not list open source among the benefits they appreciated about Cloudera when they spoke about their technology stacks or their plans for CDP in their enterprises. But the benefits mentioned, such as agility and flexibility, are among those frequently touted by proponents of open source technology. One factor not mentioned was the price.

"It’s not just a matter of cost, as you end up paying for support and, often, enterprise features on top of the open source product," Henschen said. "The real value in open source is the pace and breadth of innovation. Healthy open source communities attract contributions that no single company could develop on its own."

Jessica Davis is a Senior Editor at InformationWeek. She covers enterprise IT leadership, careers, artificial intelligence, data and analytics, and enterprise software. She has spent a career covering the intersection of business and technology. Follow her on twitter: ... View Full Bio
We welcome your comments on this topic on our social media channels, or [contact us directly] with questions about the site.
Comment  |
Email This  |
Print  |
RSS
More Insights
Webcasts
Building Asset Management into Your Enterprise Security Strategy
Take DevOps to the Next Level
More Webcasts
White Papers
WhiteHat Professional Services Package
2021 Application Security Statistics Report Vol.1
More White Papers
Reports
The State of CCPA 2021
Intelligent Outcomes Are Key to Business Resilience
More Reports