Pitching itself as the NoSQL database for the enterprise, MarkLogic unveiled version 9 of its platform at its user conference. It adds a host of new security features, plus new data management capabilities to help organizations wrangle structured and unstructured data.

MarkLogic describes itself as the NoSQL database for the enterprise, pitching its platform to organizations that have relied on relational databases from traditional players such as IBM, Microsoft, Oracle, and SAP.

Indeed, these familiar names have been the stalwarts in the Leaders square of the Gartner Magic Quadrant for Operational Database Management Systems.

But MarkLogic joined these companies in the leader square for the last two years. In the most recent report issued in October 2015, other NoSQL database companies joined MarkLogic in that square as well.

This week MarkLogic used its annual MarkLogic World conference in San Francisco to announce version 9 of its database platform. It improves privacy and security in several different ways, adds a new query API called the Optic API to enable users to view data in the best way to solve their problem, and updates the system's semantics to give customers more power over how their data is described.

Joe Pasqua, MarkLogic's executive vice president of products, told InformationWeek in an interview that these updates are what customers have been asking for as they grapple with multiple new types of data in their enterprises. 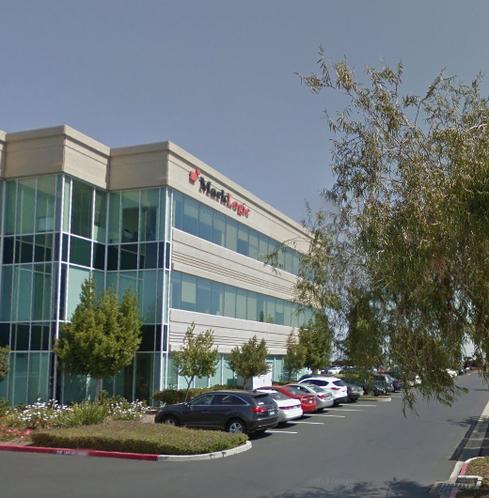 This wide range of different types of data is in MarkLogic's and other NoSQL database companies' wheelhouse. And the increase in volume and importance of this type of data, along with other advances in the space, have changed the database software market.

"The introduction of NoSQL, DBMSs (database management systems), and Hadoop supporting the use of additional data types and 'unstructured data' in transactions, and the pervasive implementation of in-memory computing, have been transformational," said Gartner in its October Magic Quadrant report covering Operational Database Management Systems.

[What was one of the top IT challenges of the decade? Read Healthcare.Gov: Hard-Earned Lessons for CIOs.]

MarkLogic argues that its system is able to support multiple data types, and so it's the natural next system for enterprises that find their relational database systems can't handle the complexity of so many new types and structures of data. Pasqua told InformationWeek, "Conservatively 50% of our business comes from finishing projects that people have started on relational and just given up on."

That's because of the stronghold that relational databases already have in the enterprise.

"Customers usually have got some relational system that they've used, and they've built up a bunch of silos," said Pasqua. Their typical first reaction is that 'I already have relational here, I should just use that when I'm trying to integrate all this data together.' But they fail. It ends up taking way too long, because they have to solve the ETL problem and the problem of creating a unified schema. After they work on that for a while and realize they aren't getting anywhere, they decide to take a different approach."

Like who? MarkLogic likes to talk about how Healthcare.gov moved from the initial plan for a relational database to MarkLogic instead after the website and backend systems that served as an implementation of the Affordable Care Act couldn't handle the multiple systems and data integrations necessary for the system to work.

So what's in the new version of MarkLogic?

A new feature called Entity Services lets developers use a semantic model to define data concepts and their relationships systemwide. For instance, how does the database define "customer" or "product." Do all the database systems define those terms the same way? How do those terms relate to each other? Entity Services allows developers to create those definitions and keep track of those meanings within the system.

MarkLogic 9's new Optic API offers a new query mechanism that lets developers combine documents, triples, and rows. This gives users multiple "lenses" they can apply to view the data, "in a way that makes the most sense for the problem at hand," Pasqua said.

MarkLogic also enhanced its SQL capabilities to improve integration between MarkLogic and other business intelligence tools.

The company also made some significant enhancements to security, starting with moving encryption into the core of the database, Pasqua said. The approach protects data from both hackers and insiders. MarkLogic has also added another layer of sophistication to its key management by breaking up the roles within the database so that the database administrator and the security administrator are separate roles.

Another new security feature is Redaction, which allows the database to be shared while withholding specified information from individuals in certain roles. For example, a healthcare organization could share the database with a researcher, but hold back information that identifies individual patients personally. Rather than providing the researcher with the ages of individuals, the researcher would see an age range for each one.

MarkLogic 9 also offers a new feature for IT management that enables clusters to be expanded, resized, or upgraded to a new version while they are online, and effectively eliminates the need for downtime.

MarkLogic 9 is available in an early release form now. It will become generally available in December, Pasqua said.

Jessica Davis is a Senior Editor at InformationWeek. She covers enterprise IT leadership, careers, artificial intelligence, data and analytics, and enterprise software. She has spent a career covering the intersection of business and technology. Follow her on twitter: ... View Full Bio
We welcome your comments on this topic on our social media channels, or [contact us directly] with questions about the site.
Comment  |
Email This  |
Print  |
RSS
More Insights
Webcasts
Zero Trust for a Work-From Home World
Optimizing App Performance in the Cloud
More Webcasts
White Papers
Why Add Security to Your Skill Set and How to Do It
Data Orchestration: Critical Elements for Data Strategy and Infrastructure
More White Papers
Reports
The Infoblox Q4 2020 Cyberthreat Intelligence Report
Accelerate Threat Resolutions with DNS
More Reports