MapR-DB is integrated with the MapR NFS-compliant file system and made available with more than 20 different open source components.

Hadoop Jobs: 9 Ways To Get Hired
(Click image for larger view and slideshow.)

"The big picture is having the marketplace understand Hadoop can go far beyond batch processes and support high-speed data sources, doing both high-scale data processing and analytics at the same time," MapR CMO Jack Norris told InformationWeek in a phone interview.

MapR-DB will now be included in the MapR Community Edition, which Norris said would be a boon to Hadoop developers and create an upgrade path to MapR's commercial products and services, such as data protection and 24/7 support. The Community Edition combines more than 20 different open source components; MapR-DB is integrated with the MapR NFS-compliant file system.

About 40% of MapR's 500 or so customers of the paid premium edition are using MapR-DB today, Norris said. MapR's paid license starts at around $4,000 per node. 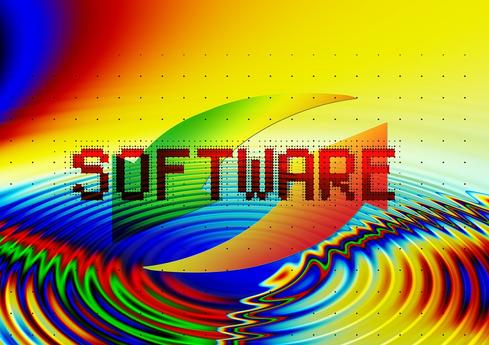 Ron Rasmussen, CTO and senior vice president of engineering at Xactly, has had MapR's HBase implementation running in production since August, having first evaluated relational databases -- Xactly is an Oracle shop -- and other key-value stores like Couchbase.

[What else has MapR been up to? Read MapR Ships Drill For SQL Analysis Of Big Data.]

"We're using it to provide benchmarking services, letting customers see how their sales compensation lines up with other organizations," Rasmussen told InformationWeek in a phone interview.

Making its HBase implementation free for download will ramp up adoption and business for MapR, Rasmussen predicted.

"Tens of thousands of people will be able to try it without commitment," he said. The MapR implementation was superior to Apache HBase in his testing this year.

When asked how MapR-DB compares to HBase and other alternatives, MapR's Norris replied in a follow-up email:

"MapR-DB provides an enterprise alternative for HBase applications. By supporting the HBase API, HBase applications can run on MapR-DB. MapR-DB is also an alternative to other NoSQL solutions such as Cassandra and Couchbase by providing superior functionality, as evidenced by the top ranking it received in the recent Forrester Wave."

"When MapR-DB was only available in the paid version, it put an upper limit on adoption that restricted its uptake to only paying customers," Donnie Berkholz, a senior analyst with RedMonk, wrote in an email.

Datastores that dominate markets tend to be those that "optimize for broad distribution, such as MySQL or MongoDB," Berkholz wrote. "Including MapR-DB in the free edition will aid in growing its mindshare as a legitimate key-value store within and even beyond the current Hadoop user base."

Of those users with experience with other distributions, 65% had a 5X ROI, and 40% had a 10X return, the research found.

Ellis Booker has held senior editorial posts at a number of A-list IT publications, including UBM's InternetWeek, Mecklermedia's Web Week, and IDG's Computerworld. At Computerworld, he led Internet and electronic commerce coverage in the early days of the web and was ... View Full Bio
We welcome your comments on this topic on our social media channels, or [contact us directly] with questions about the site.
Comment  |
Email This  |
Print  |
RSS
More Insights
Webcasts
People Are The Most Important Part of Autonomous SOC
Optimizing App Performance in the Cloud
More Webcasts
White Papers
Sunburst: Impact and Timeline
Key Strategies for Managing New Risks in Cybersecurity
More White Papers
Reports
Intelligent Outcomes Are Key to Business Resilience
Special Report: Edge Computing: An IT Platform for the New Enterprise
More Reports

Except that if the FCC permits the Time Warner/Comcast merger and otherwise does nothing to regulate service providers to ensure net neutrality, all bets, such as MapR, and, for that matter, any other innovative technology, will be off unless the player has sufficiently deep pockets to pay the providers for unimpeded access of its customer base to its products & service(s).
Reply  |  Post Message  |  Messages List  |  Start a Board

I literally had this conversation with the CTO of MapR a few weeks ago, I'm glad to see MapR is following my advice and making this more accessible.

This certainly does open up MapR-DB usage to more people, my banking and large enterprise customers can continue to pay, but I get to test and develop on it for free :)
Reply  |  Post Message  |  Messages List  |  Start a Board
Editors' Choice
Hot Topics

More Informa Tech Live Events
Key technology trends in 2021 - Making these technologies work for your businessCybersecurity's Next Wave: What You Should KnowStrategies for Success with Digital Transformation