IBM says that Watson can help enterprises struggling to get past the pilot phase with their AI programs.

Watson, the artificial intelligence brand from tech incumbent IBM, made its debut and mark on popular culture when it competed as a contestant on the game show Jeopardy!, beating two human champions of the game in 2011. It was a brilliant marketing stunt by IBM, for sure. But what's happened to Watson since then? What has Watson done lately? What exactly is Watson anyway?

That last question is the one IBMs' Rob Thomas gets more than any other question: "What is Watson?" he told InformationWeek in an interview. Thomas has served as general manager of analytics at IBM since November 2016, and in January 2019, he added Watson AI to his portfolio, too. 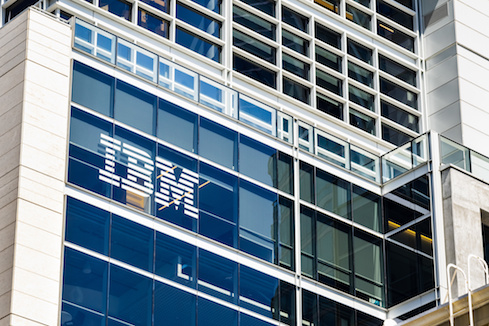 It's such a common question that Thomas has penned a series of blog posts to define Watson and provide a big picture strategy statement of what IBM is doing with the technology. Thomas has a multifaceted answer to the question of what is Watson.

But for anyone from outside of the company, here's the simple and basic definition of Watson: It is any commercial technology for analytics and artificial intelligence inside IBM's commercial portfolio. IBM may have some AI projects in a research and development group somewhere that aren't yet a product, and those aren't part of Watson. But once that tech moves over as a commercial product, it becomes part of the Watson brand. Watson is IBM's AI brand.

That wasn't always the definition of Watson. IBM's artificial intelligence efforts were previously made up of two separate efforts -- an AI black box that was called Watson and was available in a few different vertical industry flavors, and a separate set of technologies that let organizations build their own analytics and artificial intelligence platforms. Watson was like a fully baked cake while the rest of IBM's analytics efforts were like the ingredients you needed to mix and bake your own cake.

But now Watson is IBM's brand for all of its AI, and Thomas uses the blog series to drill down into the definition and expand on the different aspects of Watson today. He said that Watson exists in the following three forms now:

All these pieces make up a strategy that is designed to help enterprises with their biggest AI struggle right now -- moving their pilot projects into production. At the Gartner IT Symposium event last week, the research and consulting firm said a survey of CIOs revealed an AI production rate of just 19% in 2019. That compared to 14% in 2018 and 4% in 2017, which indicated that the rate of adoption to production is actually slowing down. 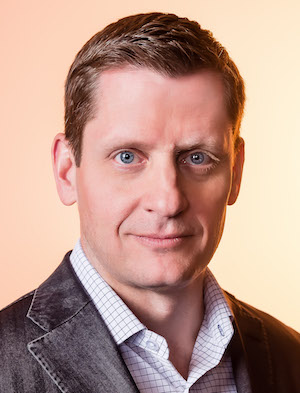 "Enterprise adoption is very low," Thomas told InformationWeek. He believes there's a level of discomfort and a sense of inertia with the technology. Organizations believe they lack the required skills. Resistance to AI also stems from a lack of trust for the technology, Thomas said.

"Companies want to know if I build models that are put into production, can I then defend the decisions that are being made."

Culture is another issue. When you mention enterprise software to big companies, they think of something like ERP software, which tends to be one big project. But to be successful with AI you need to be doing 100 projects a year, according to Thomas. Half of them won't work, but AI initiatives are about iteration and being agile, he said.

As enterprises struggle with getting their AI into production, companies like IBM and SAS, that already have years of experience in the field, are also increasing their efforts to help.

Gartner analyst and VP Rita Sallam said that as enterprises move forward with AI and machine learning, they will increasingly be using fully featured commercial platforms like IBM, SAS, H2O, DataRobot, and others, in order to scale deployment to the enterprise.

Stay up to date on AI with help from these recent articles:

NLP for Analytics: It's Not Just About Text

Beware the Pitfalls of Applying AI to Big Data

Jessica Davis is a Senior Editor at InformationWeek. She covers enterprise IT leadership, careers, artificial intelligence, data and analytics, and enterprise software. She has spent a career covering the intersection of business and technology. Follow her on twitter: ... View Full Bio
We welcome your comments on this topic on our social media channels, or [contact us directly] with questions about the site.
Comment  |
Email This  |
Print  |
RSS
More Insights
Webcasts
Zero Trust for a Work-From Home World
Hybrid Cloud: The Great Balancing Act
More Webcasts
White Papers
Why Add Security to Your Skill Set and How to Do It
New Cybersecurity Paradigm
More White Papers
Reports
Enabling Enterprise Resiliency Through Cyberthreat Detection
Building the SOC of the Future
More Reports