IBM's new developerWorks Recipes is a new community for those that want to want to develop IoT devices on the Big Blue model.

IBM is launching a new Internet of Things community aimed at IoT developers. Big Blue's hope, of course, is that this community will end up using the company's tools and systems when its members are developing new connected devices.

Called IBM developerWorks Recipes, it is designed to help developers -- from novice-level to experienced -- learn how to connect IoT devices to the cloud and how to use the data that comes from those connected devices.

In addition to its own $3 billion investment, IBM is not alone in seeing a lot of lucrative potential in the Internet of Things.

Juniper Research is even more bullish about IoT. The firm released a July 28 report that projected IoT devices will reach 50 billion by 2020.

In a statement, IBM gives examples of the kinds of project recipes that it is encouraging in the community.

These include understanding vehicle performance by analyzing the data from its On-Board Diagnostic system, as well as linking real-time machine-condition monitoring with IBM asset management to track everything from the health of household appliances to wheels on a railroad car.

Another example IBM gives is spotting trends and obtaining solutions to common problems through graphical representation of historical and real-time data from IoT devices. (Graphs -- in other words -- which then take data visualization to the next level.) 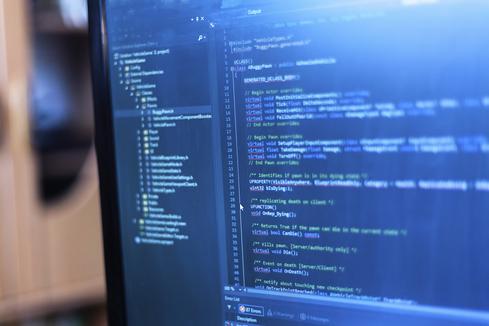 Users can incorporate other recipes into their own ones by pasting recipe content and then editing it.

Christopher O'Connor, general manager of the Internet of Things for IBM, wrote in a July 29 statement: "With developerWorks Recipes, IBM provides easy access to new analytics and operational insight capabilities that tap into the vast data from many connected devices, home appliances or cars."

The recipes in the site have a great tendency to utilize Bluemix, IBM's platform-as-a-service, to implement the step-by-step tutorials used for embedding analytics and machine learning into IoT devices and applications.

IBM launched Bluemix in 2014 with a $1 billion investment. It currently has more than 100 open-source tools and services available to its users.

[Read about IBM and its investments in analytics and the cloud.]

Some of the more interesting tools available are based on IBM's Watson. A node.js app called Personality Insights can analyze text for the writer's personality traits. Another available API is Alchemy that parses natural language.

Bluemix is a great change from IBM's previous attitudes and practices. It has an open source focus, and uses Docker containers as a delivery method across multiple platforms.

While there is a free tier for Bluemix for smaller developers, charges for its use are adjusted by instantiation and storage usage. It is a pay-for-what-you-use model that kicks in only when more features are actually used.

Larry Loeb has written for many of the last century's major "dead tree" computer magazines, having been, among other things, a consulting editor for BYTE magazine and senior editor for the launch of WebWeek. He has written a book on the Secure Electronic Transaction Internet ... View Full Bio
We welcome your comments on this topic on our social media channels, or [contact us directly] with questions about the site.
Comment  |
Email This  |
Print  |
RSS
More Insights
Webcasts
Key technology trends in 2021 - Making these technologies work for your business
Hybrid Cloud: The Great Balancing Act
More Webcasts
White Papers
Why Add Security to Your Skill Set and How to Do It
Sunburst: Impact and Timeline
More White Papers
Reports
2021 Top Enterprise IT Trends - Network Computing
Assessing Cybersecurity Risk in Todays Enterprises
More Reports

That is what they are doing here, open sourced stuff. Others can inspect, comment and use.

IBM kicks in free use of their products unless you are developing something that is commercial, and that is a good deal.
Reply  |  Post Message  |  Messages List  |  Start a Board

LOL why would any developer with more than two brain cells consent to performing FREE research for a proprietary company like IBM that will, in turn, make a profit from it?  If developers want to work for free then they can publish their ideas to free open source projects, instead.
Reply  |  Post Message  |  Messages List  |  Start a Board

You make a number of very good points.

The community they are encouraging is inclusive, rather than excluding. The IoT markets right now reminds me of smartphones in 2008. The first hardware has come online, but the true killer apps aren't there yet. There is no dominant market presence. It's all up for grabs.

By being hardware agnostic in the effort, IBM is taking a smart position. They want to promote what they can do, and that doesn't depend on any particular chip.

This is such a positive change for IBM in so many ways, that I take a far less pessimistic view of their future than I used to.

While I'm super excited about the promise of IoT (and admittedly less excited about the security side), one thing that absolutely was missing was a strong support platform for getting developers involved in learning how this new platform (in this case IBM) works, and how to create recipes to start linking IoT sensors and understanding the data feeds.  While we are still early in the market, and it's hard to say what the preferred coding platform for IoT will be, it's nice to see more resources popping up to get the next generation of coders familiar with the platform and learning how to create applications within it.  IBM definitely has a strong position in the new IoT market, so having them help create a developer community that supports their platform is a great way to become better engrained in the early development of IoT.
Reply  |  Post Message  |  Messages List  |  Start a Board
Editors' Choice
Hot Topics

CRM Trends 2021: How the Pandemic Altered Customer Behavior Forever Jessica Davis, Senior Editor, Enterprise Apps,  2/18/2021
White Papers
Why Add Security to Your Skill Set and How to Do It
Sunburst: Impact and Timeline
2021 SANS Cyber Threat Intelligence Survey
Are We Cyber-Resilient? The Key Question Every Organization Must Answer
Don't Let the Past Obstruct Your Zero-Trust Future