Hortonworks reported an annual revenue increase of 165%, but losses still outpace sales. Company executives promised a hard push to bring those numbers closer together in 2016.

10 Signs You're Not Cut Out To Work At A Startup
(Click image for larger view and slideshow.)

On Feb. 10, Apache Hadoop distributor Hortonworks reported results for the fourth quarter and full year that beat analyst estimates, with Q4 revenue of $37.4 million compared to $12.7 million for the same period a year ago. Executives said the company's strong performance and growth had allowed them to pull forward to Q4 2016 estimates about when the company's adjusted EBITDA (earnings before income tax, depreciation, and amortization) number would hit break-even.

And that's important because Hortonworks' cost structure is still that of a young, rapidly growing company with net losses that outpace revenues. Hortonworks net loss for the fourth quarter was $50.2 million, a number that has narrowed significantly from the net loss for the same period a year ago of $90.6 million. Yet it's still much more than revenues. 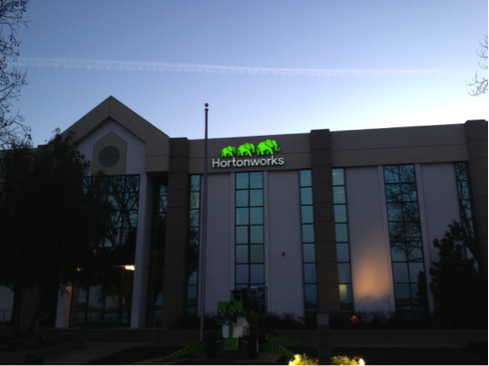 Hortonworks raised $100 million a year ago in its initial public offering, and just last month the company announced a follow-on offering of 8.4 million shares to raise approximately $80 million more.

Earnings report disappointments by these digital pioneers are contributing to a larger concern over economic conditions in the market overall, and one analyst during the Hortonworks earnings call asked executives directly if they've noticed any early warning signs of softening IT spending. Hortonworks CEO Robert Bearden answered with an emphatic no.

Bearden was quick to say that the company had seen absolutely no signs of weakness anywhere, and added that even if weaknesses were there, open source companies tend to do better when budgets are tight.

"We have not seen any disruption whatsoever in our pipeline or deal velocity or where we should be in our selling cycles within our committed and forecasted deals," he told analysts during the earnings conference call on Feb. 10.

But Bearden said that he'd seen no such tightness in IT budgets. Indeed, in the most recent quarter the company inked five deals that were each worth more than $1 million. The company has increased sales with existing customers with its diversified product line -- which includes its Hadoop platform distribution, Hortonworks Data Platform (HDP) -- with technology from last year's acquisition of Onyara, the Apache NiFi project to manage IoT data flow originally developed by the NSA. Now called Hortonworks Data Flow or HDF, the technology provides real-time data streaming capabilities for IoT and gives Hortonworks another technology to offer its customers, Bearden told analysts.

"This platform captures data that's generated mostly outside the traditional data center that may ultimately come to rest within HDP… By combining HDP and HDF, we're now positioned to capture all facets of the enterprise data lifecycle, and this significantly increases our addressable market," Bearden said.

Executives said the company's strong performance and growth had allowed them to pull forward to Q4 2016 estimates about when the company's adjusted EBITDA (earnings before income tax, depreciation, and amortization) number would hit break-even.

Jessica Davis has spent a career covering the intersection of business and technology at titles including IDG's Infoworld, Ziff Davis Enterprise's eWeek and Channel Insider, and Penton Technology's MSPmentor. She's passionate about the practical use of business intelligence, ... View Full Bio
We welcome your comments on this topic on our social media channels, or [contact us directly] with questions about the site.
Comment  |
Email This  |
Print  |
RSS
More Insights
Webcasts
The Failures of Static DLP and How to Protect Against Tomorrow's Email Breaches
Strategies for Success with Digital Transformation
More Webcasts
White Papers
Eliminate East-West Traffic Hair-Pinning
Five Reasons to Protect your VPN with Multi-Factor Authentication
More White Papers
Reports
The State of Threat Detection and Response
Are Unprotected Cloud Databases Leaking Your Data?
More Reports