As the dust clears from HPE's acquisition of MapR in the climax of the Hadoop story, Cloudera sets out the plan for an era of big data platforms in the cloud.

It may seem like the story of Hadoop hit a dramatic climax this year as big data workloads went to public cloud giants like AWS and one of the original purveyors of the open source big data technology stack, MapR, narrowly averted shutting down when HPE acquired it.

But the real story is one of gradual evolution. Hadoop started out as a technology stack for managing big data, but in the years since the term "Hadoop" faded as the hot tech buzzword, it has become something more -- "a movement toward a modern architecture for managing and analyzing data," said Arun Murthy, chief product officer at Cloudera, and former CPO and a co-founder for Hortonworks, in a post on Medium this week titled Hadoop is Dead. Long live Hadoop. 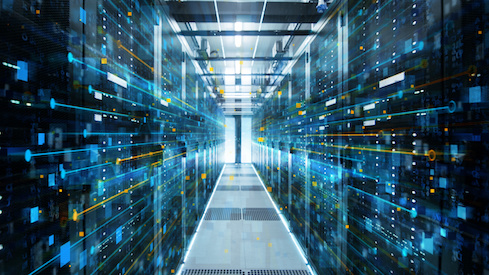 That's what Cloudera, one of the original three Hadoop distribution companies, and the only remaining one (Hortonworks and Cloudera announced their plans to merge a year ago), has envisioned as it has created its stack of technology aimed at enterprise customers. It's not just Hadoop anymore. The plan is for a collection of open source technologies made available in the cloud to enterprise customers. That has been an evolution. All three of the original Hadoop companies, Cloudera, Hortonworks, and MapR had been moving away from marketing themselves as "Hadoop" companies for several years already. The Strata + Hadoop Conference changed its name to the Strata Data Conference in 2017. Now a new vision is emerging of large-scale data platforms made up of open source components and based in the cloud.

Since the merger, Cloudera has been working to fulfill that vision with its Cloudera Data Platform. The company delivered an initial release of the technology and reported a select group of customers were evaluating its services in a public cloud deployment. In its Q2 earnings release on September 4, Cloudera said that its pipeline for sales has improved from a disappointing Q1, and the company is on target for the year. A subsequent version of the technology expected later this year will be available for on-premises and alternative cloud deployments.

All these moves lead back to the idea of Hadoop as a philosophy, as laid out by Murthy in that Medium blog post. He said the philosophy is comprised of the following tenets:

Public cloud will play a key role in the deployment of this architecture because it reflects how enterprise hardware infrastructure has become a commodity. But there's another element to the cloud deployment, too.

"The fundamental goal of CDP (Cloudera Data Platform) is to ensure that as a cloud service we make it much simpler for enterprises to derive value from the platform without dealing with the complexities of the powerful technologies," Murthy wrote.

For more on AI, machine learning, and analytics in the enterprise, read these articles:

Post-Hadoop Data and Analytics Head to the Cloud

Jessica Davis is a Senior Editor at InformationWeek. She covers enterprise IT leadership, careers, artificial intelligence, data and analytics, and enterprise software. She has spent a career covering the intersection of business and technology. Follow her on twitter: ... View Full Bio
We welcome your comments on this topic on our social media channels, or [contact us directly] with questions about the site.
Comment  |
Email This  |
Print  |
RSS
More Insights
Webcasts
Building Asset Management into Your Enterprise Security Strategy
Take DevOps to the Next Level
More Webcasts
White Papers
Annual Cybercrime Report
Identify Threats 82% Faster: The Value of Threat Intelligence with DomainTools
More White Papers
Reports
We Need Your Input: Trends in Workforce Optimization
The State of Endpoint Security
More Reports

How to Submit a Column to InformationWeek InformationWeek Staff 4/9/2021
White Papers
Annual Cybercrime Report
IDC Market Share: How the Network Is Used to Unmask the Adversary
5 Steps to Perimeter-Less Security: Adopting a Zero-Trust Model
The Essential Guide to Securing Remote Access
5 Reasons to Protect your VPN with Multi-Factor Authentication