Data governance has emerged as a top concern, and business intelligence remains the top workload for big data technology Hadoop, according to the third edition of the Big Data Maturity Survey.

Business intelligence is still the biggest -- and growing -- workload planned for big data. And organizations are also adding more self-service access to big data and putting more big data in the cloud, all positive trends for getting value from investments in this technology. 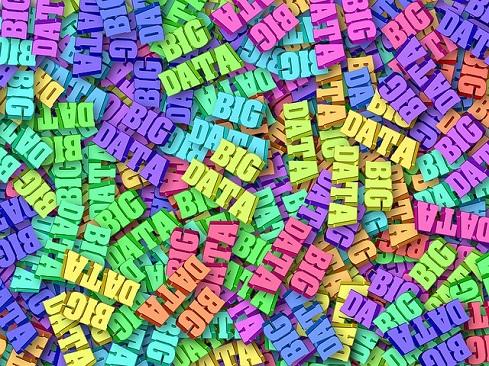 That's according to the most recent edition of the Big Data Maturity Survey, conducted by BI-on-Hadoop vendor AtScale, together with Tableau, Trifacta, Cognizant, and the three major Hadoop distributors Cloudera, Hortonworks, and MapR. The survey is based on 2,550 responses from big data pros at 1,400 companies in 77 countries.

But there's a bit of a disconnect when it comes to the tangible value achieved in big data projects, with the likelihood of value depending on who is driving their adoption. While IT organizations drove 57% of big data projects, business users drove 33%, and an executive mandate drove 11%, projects that had the executive mandate as a driver were most likely to achieve tangible value -- 56%.

The survey shows a full 75% of respondents saying they plan to use big data for BI, up from the 69% who said the same thing last year. The results mark the continued momentum of BI workloads on big data platforms such as Hadoop. Last year's survey found that BI had overtaken ETL and data science as the top workload planned for Hadoop and related big data platforms.

This year's survey shows growth in cloud deployments for big data, too, with a full 53% saying they are using cloud for their big data deployment now, and 72% saying they plan on doing big data in the cloud in the future.

"There's been a clear surge in use of big data in the cloud over the last year, and what's perhaps as interesting is the fact that respondents are far more likely to achieve tangible value when their data is in the cloud," said AtScale co-founder and CTO Matt Baird in a prepared statement.

More organizations are using Hadoop now than before -- 73% compared to last year's 65%.

But Apache Spark, while it may have a very vocal group of enthusiasts among technologists, is largely still in the experimental phase today in organizations surveyed.

While the majority of organizations -- 60% -- are still only using Apache Spark for educational purposes, organizations that have deployed Spark in production are 85% more likely to achieve value, according to the report.

But organizations still expressed some concerns about big data going forward. The top three concerns cited by respondents were accessibility, security and governance, with worries related to governance growing the most at 21%, according to the report.

Jessica Davis is a Senior Editor at InformationWeek. She covers enterprise IT leadership, careers, artificial intelligence, data and analytics, and enterprise software. She has spent a career covering the intersection of business and technology. Follow her on twitter: ... View Full Bio
We welcome your comments on this topic on our social media channels, or [contact us directly] with questions about the site.
Comment  |
Email This  |
Print  |
RSS
More Insights
Webcasts
Building Asset Management into Your Enterprise Security Strategy
Managing a Hybrid Cloud Infrastructure
More Webcasts
White Papers
A New Take on Cloud Shared Responsibility
Dark Reading Report: Battle for the Endpoint
More White Papers
Reports
The Need for Speed: Second Generation EDR
DNS Network Traffic Volumes During the 2020 Pandemic
More Reports

Does Identity Hinder Hybrid-Cloud and Multi-Cloud Adoption? Joao-Pierre S. Ruth, Senior Writer,  4/1/2021
White Papers
SANS Institute Survey: The State of Cloud Security
The Essential Guide to Securing Remote Access
Identify Threats 82% Faster: The Value of Threat Intelligence with DomainTools
ITSM for the Enterprise - What Makes it Work?
The Five Major Security Pitfalls of WFH and How to Solve Them