For PG&E a utility pole inspection app offers much more than a chance to replace paper.

Energy company PG&E recently began digitizing physical asset inspection by building an iOS app that replaces error prone, paper-based processes. The strategy behind the initiative sets the stage for transformation throughout the company.

For decades, utility pole inspectors have been going into the office to get a paper list of poles to be inspected that day. With forms in hand, the inspectors went out into the field, inspected the poles, noted their health status, and then brought the forms back to the office. Those forms kicked off more manual, paper-based processes. 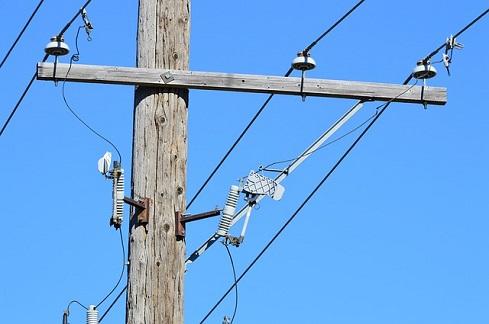 All of that has been streamlined by tying PG&E's Mobile Asset Inspection app to a platform that IT built with connections to SAP, a graphical information system (GIS), and Documentum enterprise applications. The new, digital approach saves time and money while improving data quality.

InformationWeek presented PG&E with an IT Excellence Award at Interop ITX based on the amount of digital transformation the app is enabling at the California utility.

[View the full list of InformationWeek IT Excellence Award honorees, which were announced at Interop ITX in May.]

"We developed a five-year roadmap to redesign all the [utility-related] processes. The Mobility Asset Inspection app was our first priority because our electric distribution inspectors were still using paper and we wanted to leverage our core systems," said Paul Caffery, senior director of Enterprise Mobility Strategies of at PG&E.

PG&E has 2.5 million poles that must be inspected every 20 years to comply with federal laws. The status of a pole's inspection is tracked in SAP so the inspection team knows when it's time to inspect each pole. That information flows into the enterprise platform PG&E built, which pushes electronic lists to inspectors' iPad Pros. Using the Mobile Asset Inspection app, an inspector can just tap the screen to report the status of a pole. If the pole is fine, the inspection is complete. If the pole needs repair or replacement, the app automatically generates a work order.

Before the app was available, inspectors were given a paper map showing the poles to be inspected each day. Then, the next day, the inspector might be assigned to a pole that was as little as 50 feet away from a pole he inspected the previous day. Now, inspectors can proactively view the poles in a particular location and inspect all poles due for inspection while they're on site.

"Google Maps shows inspectors the best route to the poles," said Caffery. "A lot of our poles are on private properties that require a gate access code. In the past, if the guy in the field didn't have the gate code, he had to drive to a place where he could get cell coverage to call the dispatcher who would have access to the code. Now when he gets to the gate, he clicks an icon that gives him the access code so that he can enter the gate."

PG&E recently established an enterprise data and analytics organization that is using advanced analytics to predict when poles will fail. In that way, a pole can be replaced before it actually fails.

"The predictive capabilities enable us to be more proactive," said Caffery.  "We can extract the data from SAP and GIS that the Mobile Asset Inspection app collected and do some really neat predictive analytics." 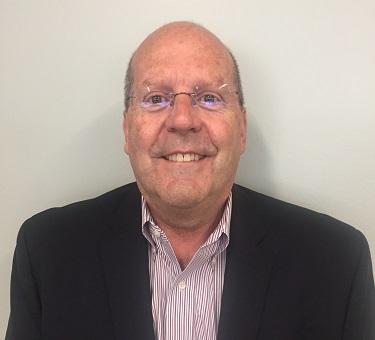 The secret sauce with Agile flavor

Energy companies tend to buy off-the-shelf software and customize it. However, PG&E decided to build its own platform and mobile apps so it could control the cadence of releases. As an example, the minimum viable product (MVP) version of the Mobile Asset Inspection app was built and deployed in less than four months. After the MVP release, nine other releases were delivered within a few months.

"When I go out and talk to an end user, I can make those application changes in days, said Caffery. "If I were relying on a vendor's roadmap to get it into the next release, I'd have to wait 6 or 7 months."

The secret sauce, according to Caffery, is a balance of design thinking, Agile development practices and collaboration.

Designers shadowed inspectors to learn what they do, how they do it, and the challenges inspectors face day-to-day. Back at the office, the designers translated what they learned into user stories. They also continued to interact with inspectors to fine tune digital workflows and app functionality. Apparently, the app has been so popular, the election transmission group adopted it as-is because it makes their jobs easier too.

"Design thinking gives us end user adoption like we've never seen with any other technology," said Caffery. "Our app required zero training and we got zero complaints."

PG&E started the initiative in its own private cloud and has since migrated to AWS so it can use the data it's collecting from the iOS apps its building to make better decisions for other asset classes including hydro and electric power generation.

"When we started this we really focused on the open, collaborative culture that we were going to create," said Caffery. "Now its expanding to other parts of the company."

[In 2014 PG&E was honored in the InformationWeek Elite 100 awards for delivering on the promise of smart meters.]

Lisa Morgan is a freelance writer who covers big data and BI for InformationWeek. She has contributed articles, reports, and other types of content to various publications and sites ranging from SD Times to the Economist Intelligent Unit. Frequent areas of coverage include ... View Full Bio
We welcome your comments on this topic on our social media channels, or [contact us directly] with questions about the site.
Comment  |
Email This  |
Print  |
RSS
More Insights
Webcasts
Key technology trends in 2021 - Making these technologies work for your business
Zero Trust for a Work-From Home World
More Webcasts
White Papers
Sunburst: Impact and Timeline
Improving Security by Moving Beyond VPN
More White Papers
Reports
Key Strategies for Managing New Risks in Cybersecurity
Intelligent Outcomes Are Key to Business Resilience
More Reports

Great news. Mobile #apps & mobile internet usage is growing exponentially. As more and more companies roll out with their mobile apps in the market but few of them get success. So in my opinion app testing is important. Read some of the interesting blogs at apptestingexperts @ATE_AppTesting
Reply  |  Post Message  |  Messages List  |  Start a Board
Editors' Choice
Hot Topics