Interop ITX: Experts Weigh in on Jobs, Skills of the Future - InformationWeek

What skills will be needed in your data and analytics job in 5 or 10 years? A panel of experts tackled that question at Interop ITX. Here's what they said.

If you want to know where all the hype is in the industry right now, ask experts where the jobs will be in 5 or 10 years. Artificial intelligence, machine learning, augmented reality. The jobs question is one that everyone wants an answer to right now as they examine whether their current jobs may be automated in the future. But there's no real clear absolute answer about where the jobs will be because no one really knows.

Compare this point in time to the 1990s when the Internet was just getting started as something that was used by non-tech people.

"Everybody knew at that time that the internet in its first incarnation was slow and clunky, but everyone knew it would change everything," said James McCaffrey of Microsoft Research.  "But no one knew the ways it would change it." 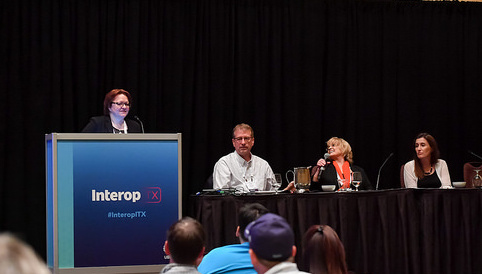 The 1990s Internet is comparable to where we are right now with AI, machine learning, and other related technologies, according to McCaffrey, who served on a panel at Interop ITX, May 3, The Future of Data Jobs: Innovation, Security, Automation, and the Cloud.

McCaffrey said that by the time your children are your age, the world will be beyond recognizable, and the jobs of today will be eliminated.

But for today, there are some practical considerations if you are looking to protect your career and get it ready for the next 5 to 10 years.

Genetha Gray, a data scientist at Intel, said that her company tries to focus on skills rather than jobs.

Similarly, in the IT department, the jobs that are at risk will have to do with outdated languages.

"There are developers in languages that are going away," Gray said. And rather than learn the hot new languages, there are some people who are deciding that they don't want to be a developer or programmer anymore.

On the other hand, panel moderator Data & Analytics track leader, Karen Lopez, who is a senior project manager and architect at InfoAdvisors, pointed out that there are some COBOL programmers now who are making a lot of money because there aren't many people who know that language, and there are still implementations that need maintenance and use that language.

Panelist Kim Schmidt, president and CEO of AWS consulting firm DataLeader.io said that she knows a programmer at Microsoft who didn't know the right languages anymore and he was fired. After he left he learned the preferred languages. He was then hired back at a much higher salary. He had to get fired to get a big raise, Schmidt said.

Schmidt believes that among the hot skills that will be in demand in the job market are skills related to an emerging area that she believes will get really big -- augmented reality.

McCaffrey said that the demand for data scientists with machine learning skills is very high at Microsoft right now, and it reminds him of the crazy internet boom time in the 90s when new graduates were getting six-figure bonuses to take jobs right out of school. Just like then, he thinks things will return to normal again.

"It may be over your head, but it will give you an idea of where to go next," he said.

For more advice and commentary from the Interop ITX IT Leadership and Career Development track, check out these articles:

They're Your Employees; Listen to Them

The Transformation of Detroit's IT: From Win XP to EMail that Works

IT is Great, Now it’s Time to Pitch it That Way

Jessica Davis is a Senior Editor at InformationWeek. She covers enterprise IT leadership, careers, artificial intelligence, data and analytics, and enterprise software. She has spent a career covering the intersection of business and technology. Follow her on twitter: ... View Full Bio
We welcome your comments on this topic on our social media channels, or [contact us directly] with questions about the site.
Comment  |
Email This  |
Print  |
RSS
More Insights
Webcasts
People Are The Most Important Part of Autonomous SOC
Don't Miss This Cybersecurity Virtual Event
More Webcasts
White Papers
The Psychology of Cyber: How Micro-Drilling Enhances Crisis Response
iPaaS Intrigue: A Faster Path to Digital Transformation
More White Papers
Reports
Improving Security by Moving Beyond VPN
Protection Strategies for a Cyber-Resilient Organization
More Reports